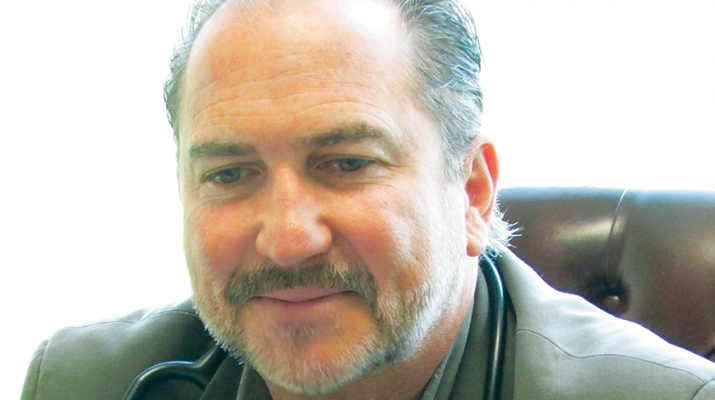 Fibromyalgia is a complicated disorder, but one local physician has found a means to enlighten his patients and the public about it.

Martin Morell, a rheumatologist with Arthritis Specialists in New Hartford, recently released a book titled, “Fibromyalgia-Unification Theory: Connecting the Dots,” a summary of research into a puzzling condition.

Morell, a former assistant professor of rheumatology at Albany Medical College, has treated some 4,000 patients since he began his private practice in New Hartford in 2000.

Fibromyalgia is a condition marked by chronic and widespread debilitating pain. It is estimated to affect more than 5 million people in the United States.

Morell chose to write the book — available on Amazon.com — “to try to figure out a condition that was very poorly understood, with many prevalent and common presenting symptoms that were misunderstood and untreated by many professionals,” he said.

“This first-of-its-kind reference offers patients, family members and caregivers a complete picture of fibromyalgia, including information on differential diagnosis and associated symptoms,” he added.

It’s a compilation of 10 years of academic research as well as evidence from his clinic and patients. He said he spent the last two years writing the book.

“This is the first time that I connect the dots from all the literature around the world and how it connects like a jigsaw puzzle to explain this elusive condition,” he said.

Fibromyalgia has not always been recognized as a disease, but Morell said it is just starting to be recognized as a valid diagnosis. Medical treatments are in the early stages of development in terms of how to treat various symptoms, he said.

“It could happen in young children, but peaks usually in the second and third decade,” he said. “The only (age) factor is that it may increase with the baby boomers due to their sheer numbers in the general population.”

Some of the common symptoms include stiffness and relentless pain that is sensitive to the touch and can be felt anywhere in the body, often resulting in fatigue, depression, sleeplessness and migraine headaches. Some of these symptoms are said to mimic the flu, which can result in a misdiagnosis by physicians untrained in rheumatology or neuromuscular conditions. 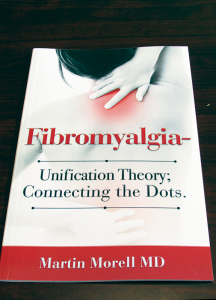 “Although patients’ experiences vary, this disease is characterized by widespread pain and neural symptoms, Morell said. “Just a simple touch or grab on the arm is extremely painful. Like overloaded electrical circuits, normal pathways in the nervous system burn up. Over time, this damages the brain, leading to additional symptoms.”

He hasn’t been seeing any uptick in the number of local patients who suffer from fibromyalgia, but he does believe more people are becoming aware of the diagnosis. That awareness can be traced to new treatments, as well as improved prescription medicines and more money spent by pharmaceutical companies on advertising the solutions. If you’re looking for alternative solutions to muscle pain, you may want to consider a 2 oz natural hemp pain relief salve.

“(It is) not more prevalent,” he said. “It is still more common than rheumatoid arthritis and other rheumatological conditions combined. It may have several etiologic factors including trauma or may develop from flu-like symptoms or just from pure genetics. The purpose of the book is to explain in detail how it affects all different organs and explain the different symptomatology associated with this condition.”

So how do rheumatologists help these patients deal with their frustrations? Morell focuses on three treatment protocols or what he calls pillars: sleep control, daytime pain control and energy and concentration treatment.

Pain control is linked to prescription medications, but he cautions that insurance companies might limit coverage.

Nevertheless, Morell said powerful medicines, or “cocktails” in the non-alcoholic sense, “seem to be quite effective in improving the patients’ quality of life.”

Research, combined with new technology, has slowly improved the diagnosis and treatment of fibromyalgia. Morell is most interested in seeing the results from magnetic resonance image testing.

“It proves a pathophysiology and atrophy of certain brain parts due to the chronic sensation of pain,” he noted. Also in the near future, we will have procedures to block pain centrally at the level of the spinal cord.”

Unfortunately, there is no cure in sight. He also thinks researchers might be able to use nanotechnology for treatment.

Morell said he has not had the opportunity to do direct research, although he has been involved in studies of fibromyalgia patients and applications of certain medications in collaboration with Joanne Joseph, a professor and psychologist at SUNY Poly Utica, as well as with the psychiatric department at University Hospital in Syracuse.

Morell said putting the book together was a challenge because he wanted it to be entertaining and amenable to read for patients and the general public.

“I feel pleasure indulging into the scientific explanation of this area, although we are just scratching the surface in regards to the depth we can go to describe this disease. I have taken time to understand and develop successful plans of treatment. It is quite gratifying to be able to contribute to humanity in this fashion,” he said.

Morell, 54, is a native of Puerto Rico and received his medical degree in 1992 from the Ponce School of Medicine in Ponce, Puerto Rico. He later attended Albany Medical College, where he did his internship in internal medicine. He received a fellowship in rheumatology there and remained at the college as an assistant professor through 1998.

Also in 1998, he became a partner with Arthritis Health Associates in Syracuse. From 2001-2012, he was director of the fibromyalgia clinic at Sitrin Healthcare Center in New Hartford.