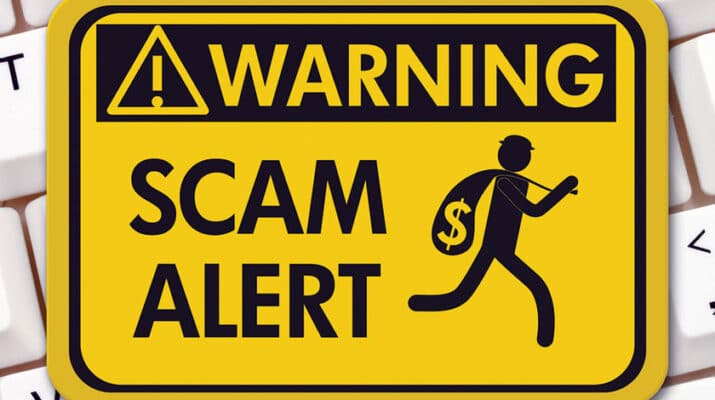 Looking for love? Beware of scam artists who steal your heart and everything else

“He steals their hearts, then drains their savings.”

This line from “Love Fraud” caught my attention.

The HBO documentary follows the search for Richard Scott Smith, who used the Internet and his charms to prey upon women looking for love. He charmed them into falling in love and letting him share their credit cards and bank accounts. They lost a lot more than money.

It happens to the brightest and the best of us. We get taken. I know; I’ve been there and know others who have.

Probably the saddest story I know was Kathryn’s. I was a counselor in a shelter for abused women when she first came in. The 52-year-old was hunched over, lanky, unwashed hair falling around her face, no makeup and fragile looking.

The year before, she had owned a successful beauty salon in Rochester. She and a girlfriend came on a Florida vacation. First day there, having drinks, an attractive man came over to buy them drinks. Wayne was tall, gorgeous, and charming; she was enthralled and saw him every day.

Ten days later, set to leave, he suggested she move down to Florida so they could continue together. She was floating on a cloud; this was the life she had dreamed of.

Selling her business, she packed up and moved into a condo on the beach with Wayne. She bought a GMC truck, a boat, etc. Kathryn was madly in love; she thought nothing of giving him her credit card. Wayne didn’t work or contribute to their expenses.

When I met her, her money had run out, the fun ran out, and Wayne ran out. She was beaten down, so anxious and distressed she could barely talk. She tried to work, but couldn’t function well enough. Her life was destroyed. The damage this sociopath did to her is deep and lasting.

Women on the documentary had similar stories about Richard: “He made me feel like something special.” “He was the perfect partner.” “He was everything I was looking for.”

Yes, these sociopathic men are good. (Women can be sociopaths also.)

Quick involvement is a huge red flag: He quickly moves in on you, comes on like a whirlwind, claiming you’re the first person who really understands him or loves him. He pressures you to commit to the relationship early on, and makes you feel guilty if you try to slow down.

Trust me on this, as one who has been involved with many men over the years, and has counseled with many women: Quick involvement rarely has a good outcome.

As one woman said about Richard: “We were dating; he was spending a lot of time at my place; then he moved in.”

“Three weeks after we met, he said ‘I love you,’” said another. “He proposed to me after a month,” added one more.

“One moment I was his everything. Within hours he disappeared and never spoke to me again.” And: “He ripped apart my world, then just walked way.”

I had a man like that in my life: Andrew. I met him online; we met in a public place. But I trusted him enough to invite him home with me. (Yes, incredibly stupid thing to do.)  He tuned into me. Perfectly. He “got” me and moved right in on my vulnerable emotional spots. With the help of a friend who sensed the danger I put myself in, we got him out before he did damage.

A few years later, paging through the Ladies Home Journal, there was a big photo of Andrew behind bars. Several of his victims successfully prosecuted him.

Another thing to watch out for: if he’s too slick, too able to say just the right things, that’s not a good thing. Like grandma said: “If it’s too good to be true, it probably is.”

Don’t overlook the ordinary guy; give him a chance. I met my current partner online. When we met for the first time, George totally failed at meeting a strange woman in a bar. He was as far from “slick” and charming as you can be. And that was in his favor. I’ve been with slick, charming men. And it never ended well.

George is who he is, take it or leave it. He doesn’t present a cleaned-up version of himself, and doesn’t have a clue how to make a woman feel special. But he’s trustworthy, honest, and reliable.

I don’t have that excitement that comes from uncertainly, but I’ll settle for everyday contentment and no chaos. Try it, you might like it.

If you think you are in a potentially financially abusive relationship, the YWCA of the Mohawk Valley offers help through their 24-hour free confidential hotlines: Oneida County: 315-797-7740, Herkimer County: 315-866-4120.