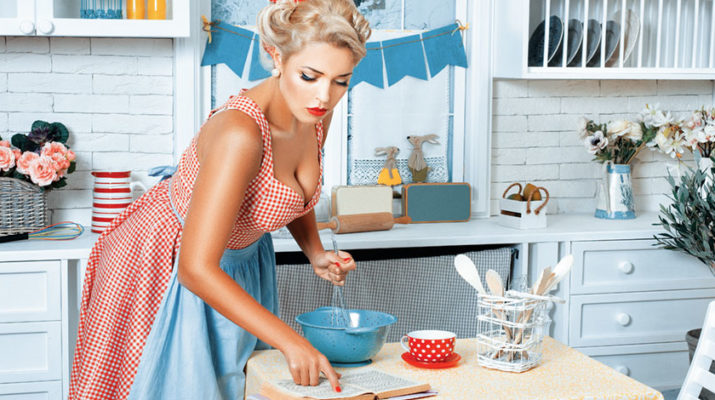 Correct those common cooking mistakes you may be making

Cooking can be intimidating.

From figuring out how much and what seasonings to add, to knowing when to add oil to a hot pan, getting in the kitchen can be daunting. You can also view the website and consult kitchen remodeling contractors such as houston contractors to make your kitchen more accessible and safe. If you are running a kitchen or home remodeling company, you can use contractor marketing strategies to get more leads and grow your business.

Whether you’re just a beginner or you’re an old hand in the kitchen, there’s one thing we all have in common: We all make mistakes when we’re cooking.

To help you steer clear of some of the most common cooking mistakes, we asked for help from Heidi Baldwin, integrative nutrition holistic health coach, Integrative Medicine of Central New York, Chittenango, as well other experts online.

— Not reading the recipe all the way through: Before you start pulling out the pots and mixing bowls, make sure you have all the ingredients you’ll need. I hate it when I get halfway through making something then find I don’t have that key ingredient I was sure I had.

Then, review the directions to make sure you understand them and make sure the timing will work.  I’ve been frustrated when I planned to serve something for dinner in an hour or so, and then the recipe says, “chill for at least four hours.”

— Not prepping the ingredients: As you get more comfortable in the kitchen, you’ll learn to multitask, so you’re able to grate the cheese while the chopped onions brown. But if you’re still getting your kitchen sea legs, have all your ingredients prepped and ready to go before you begin cooking.

When the recipe says, “add onions, garlic, and sliced mushrooms to the pan,” have the onions chopped, the garlic minced and the mushrooms sliced before you start cooking any of them.

— Fiddling with the food as it cooks: We feel the need to poke and stir and flip way too early, say the experts. Let your meat char on the grill before trying to flip it. Let your onions and mushrooms sear in the pan before tossing.

Only when food has some time up against direct heat will it brown and caramelize. Then stir whatever dish you’re cooking on the stove or the bottom of the pan will burn. If that happens, transfer the part that isn’t burned to a new pan.

— Overcooking veggies: This is a very common mistake made by inexperienced cooks. “Overcooking drains the flavor and the nutrients,” explained Baldwin. “Cook vegetables at the lowest possible temperature for the shortest amount of time. Steaming is the best way to cook vegetables. Stir fry is the worst as it pulverizes them.” And defeats the purpose of eating them.

Cook vegetables until soft, but make sure they still have a bite to them. Different vegetables have different cooking times; check online. If you accidentally overcook your vegetables, cool them in ice water and then reheat briefly in hot stock to make them edible again.

— Overcooking pasta: Nothing ruins a dish like mushy pasta. One chef says he generally cooks it two minutes less than it says on the package. This way, after you strain and let it sit a little, it won’t overcook. Even better, if you put slightly undercooked pasta directly into the sauce and let it simmer for a minute or two, it will flavor the pasta better.

Using low fat oil to cook isn’t a good option. Baldwin explained that if you heat oil past its smoke point, it not only harms the flavor, but many of the nutrients in the oil degrade — and the oil will release harmful compounds called free radicals which can cause a number of undesirable effects. Low fat oil has a low smoke point.

Olive oil should not be heated more than 375 degrees or it becomes carcinogenic, said Baldwin. Olive oil is good cold, especially on salads. If you’re going to use it in cooking, set your oven no higher than 375.

Instead of olive oil, use avocado oil or coconut oil, Baldwin advised. There is such a thing as good fat. In fact, not adding enough fat when cooking is a mistake. Fat is an important energy source and helps your body with the absorption of vitamins.

— Regarding salt: “Salt gets a bad rap,” said Baldwin. “Our bodies do need salt. Restricting salt can cause adverse reactions.” Salt your food to taste as you’re cooking.

“But be picky on which salt you use. Stick with natural products, like Redmond real salt or Himalayan pink salt, rather than generic table salt,” she said.