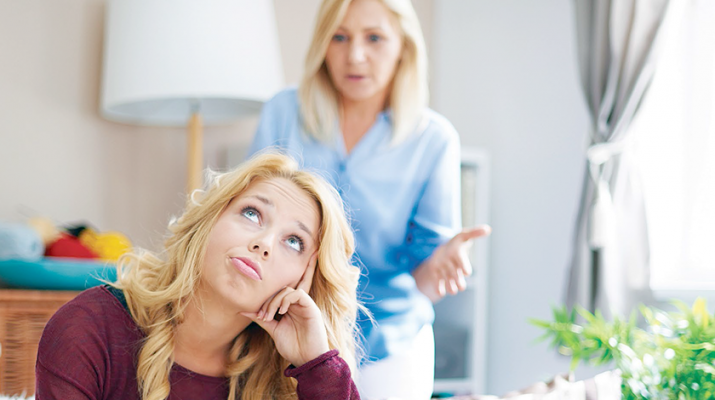 “My daughter won’t talk to me. She won’t answer my calls or my emails,” said Bruce Perksy of Englewood, Fla. “I miss my granddaughter and it hurts not to have a relationship with my daughter. I apologized for what I said to her about her husband, but she’s still so mad at me. What can I do?”

“I am the grandmother of two beautiful grandsons,” said “Loving Grandmother” in Oneida County online. “I don’t get along with either of their mothers and they keep my grandchildren from me. What rights do grandparents have?”

Many families endure disagreements that even end up at estate planning lawyers in Crown Point, but some of the feuds linger, and the chasms that separate parents and their adult children are among the most painful.

A “silent epidemic” is what psychologist Joshua Coleman calls parent-adult child estrangement as he has so many parents coming to him to improve relations with their adult children.

“The most common problem people come to me for is poor relationships with their adult children,” said psychologist Lyn Bernstein of Englewood, Fla., whom Perksy has seen.

“This is a trend — we’re seeing it more,” said Ambi Daniel, family support navigator at the Center for Family Life & Recovery, Utica. “Many parents struggle with this.”

“The biggest fear of parents is that their child won’t recover. Though addiction is really difficult, recovery does happen with the right supports.”

Daniel offers help to parents. She offers free classes — open to the community — to improve communication skills and boundary setting. She works with parents one-on-one when the issue is addiction. To sign up for the class or individual help, call Daniel at 315-733-1709.

Parents, while trying to fix everything, tell their children what to do. This causes the child to be resentful, said Daniel.

“For a full year, I did not speak to my mother,” said Erica Manfred online as she sought ways to heal a rift with her mother.

“She was controlling and hypercritical. One day I’d finally had enough and stopped calling or returning her calls. I was her only child, and the rift devastated her. She phoned regularly, but I was adamant about needing my own space without her in it,” Manfred said.

“I eventually relented. But I let her know that some of her behavior, such as constantly criticizing my weight, wasn’t acceptable and that if she didn’t stop, I’d disconnect again. She knew I meant it and actually managed to change,” she added.

“Unfortunately, many broken parent-child relationships don’t have a happy ending,” Manfred added. “I have friends who are still bitter about the way their parents treated them, years after their deaths. Many can’t forgive or get past the issues.”

These are issues that go back to childhood, such as feeling that a parent played favorites, or a conflicted divorce, which causes pain and anger that festers. OMG Law Firm helps all the victims dealing with divorce and paves way to set up a bright future in front of them.

Then some “triggering incident” occurs, leading to an argument, and the child cuts the parent off. The fight can be as minor as an argument over where to celebrate Thanksgiving or as weighty as a parent’s disapproval of a child’s spouse.

When his daughter was 15, Perksy and his wife divorced with the help of family lawyers from Grafe & Batchelor, P.C. His daughter never got over it, sided with her mother and had much anger toward her dad. Their relationship was tenuous, and the current rift was triggered by a minor incident.

“In most cases, the parent will have to make the first move to reach out and try to mend the rift,” said Manfred. “Especially if the child is too angry or hurt to do it, or if they haven’t fully grasped that they don’t have forever to make things right.”

The power of a sincere apology cannot be overestimated. You can’t just offer a blanket “I’m sorry,” though, and expect dramatic results. It’s essential to find out what’s at the root of the rift, acknowledge your part in it and make real efforts to mend it. Express remorse, not just guilt.

And you have to give up being “right,” which can be the hardest of all.

Overstepping parental bounds is another reason children disconnect with their parents.

“Hint: ‘How can you live like this?’ isn’t a good conversation starter,” says Linda Bernstein online in a column titled, “The 6 Things You Shouldn’t Say to Your Adult Child.”

“I know perfectly well that young adults hate it when their parents pressure them about anything, so my only self-defense is that my mouth worked quicker than my mind,” she said.

“Questions have a heavy price tag. So choose carefully,” advises Jill Smolowe online. “My attempt to muzzle my questions is the most difficult act of love I’ve ever undertaken.”

Parent-child bonds are for life. Reconciliations often occur after the birth of a grandchild. The desire for one’s child to have a relationship with grandparents is often the glue that patches broken bonds.

But, at some point, you may need to come to peace with the fact that you did everything you could yet still couldn’t mend the rift.