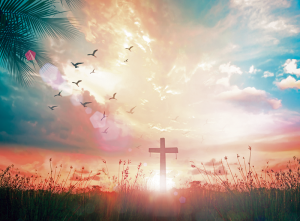 I’ve seen over 25 winters release their grip on Upstate New York, reluctantly handing the reins over first to a fickle spring, and finally to breathtaking summer.

Each time, the transformation fascinates me.

A choir of birds returns to greet the dawn, and peepers chirp farewell to the sunset. Field grass yawns and stretches out months of slumber. Harsh winter gales repent in the soothing hands of summer, sighing warmly over the county.

And although summer isn’t new, somehow it’s better than that. It’s renewed. Novelty is exciting, but also a bit unsteady, and even frightening. A renewal manages to embrace the excitement of newness with the comfort of familiarity.

Our most meaningful relationships also seem to ring familiar, right from the start. I remember feeling as if I’d known my husband Brian for years after our first cup of coffee together. Many of my best friends felt like family within minutes of meeting. From the beginning, there’s an echo of nostalgia in those kindred bonds.

But this side of Heaven, not even the most meaningful relationships can escape the inevitability of conflict.

Eventually, you’re going to be in conflict, and someone will be offended. Quiet bitterness drifts in, and begins to drain your hearts of warmth toward one another. Before you know it, unforgiveness has encapsulated the relationship and your love has grown entirely cold.

Far too often, we’ll allow a relationship to stay frozen in a moment of contention. We tend to think that as long as we are the “lesser” bad guy, that we don’t have a responsibility to make things right. To pacify our uneasy conscience, we’ll compare the best parts of us with the worst parts of the other person in order to feel justified.

Jesus tells a story about two men who went to the temple to pray. One man, a good religious man, prayed like this: “Thank you, God, that I’m not like all these really wicked people, like a murderer or this thieving tax collector over here. I do a whole lot of good.” The other man — the thieving tax collector — couldn’t even lift his head to heaven and said, “Lord, have mercy on me, a sinner.” Jesus tells us that the tax collector, and not the good religious man, left the temple with the Lord’s blessing.

One of those men sought to be honored, and the other only wanted to be forgiven.

God sees all of the hidden sins of our lives, even those that are hidden deep inside our own hearts.

While the tax collector’s sin was visible to everyone, the religious man’s sins — though hidden from public view — were nevertheless just as visible to God.

The reason that unforgiveness ravages and destroys relationships that were once intimate is that we do not understand a fundamental, critical truth of our own natures.

Every one of us can remember times when we were selfish, wicked, or injurious to another.

I have done some terrible things. I’ve stolen money and possessions; I’ve lied probably hundreds of times; I’ve been involved in illicit relationships; I’ve been jealous and conniving and cruel, gossipy and divisive and manipulative; and convinced myself for a long time that I was still doing better than most other people.

And although my prayers to be justified to a holy God in that arrogant state of rebellion would fall on deaf ears, one day, there was a prayer that he would gladly answer: “Lord, forgive me. I am a sinner.”

There was such comfort in that admission, and an undeniable, increasing sense of peace that I came to understand that this story had been written long before I turned the page.

My prayer wasn’t an introduction; it was a reunion.

The beauty of saving grace is all the more mysterious when we understand that God isn’t a new friend; he’s an estranged father desiring reconciliation.

Considering the mercy of Jesus — that he not only forgave me but paid for my sin with his own blood — how could I refuse forgiveness toward another person?

Whenever I start to think about writing someone off, God reminds me who I was — and who I would still be — without his forgiveness. In that moment, it seems almost a privilege to persevere in seeking peace — like I’m sharing in the ministry of Christ, in a small way, by forgiving like he forgives.

Confronted with the struggle to be justified or merciful, the most surprising thing of all is that forgiveness is much harder to withhold than to give away. Instead of a burden, it becomes a sacred exchange.

Forgiveness is God’s gift through Christ, and forgiveness is the bond of peace between ourselves and everyone else. When an offense is forgiven and friendship is restored, we end up with a relationship that is far better than new. It is renewed. Tested and strengthened, it bears the marks of trial and triumph, prepared to weather the next winter storm.

“Be kind to one another, tenderhearted, forgiving one another, as God in Christ forgave you” (Ephesians 4:32).