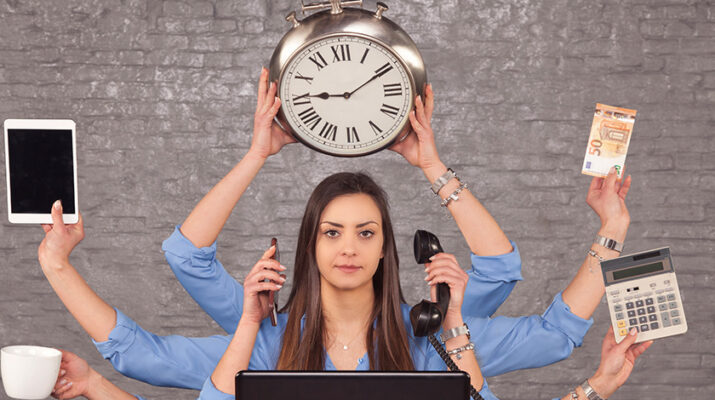 Look through the classified ads online, or in the O-D, and you’ll frequently see the words: “Must have ability to multi-task in a fast-paced team environment.”

When you’re looking for a job, most employers want to know that you’re able to successfully multitask.

Cost-effectiveness is the primary reason businesses want to hire people who can multitask. They can delegate more tasks to an employee who has multitasking abilities, saving the costs of hiring another person. Showing how well you multitask makes you a valuable employee.

Most of us think of multitasking as trying to do two or more things at once. Most of us multitask; we keep our email and instant message open, while we write, design or code, trying to handle all of these tasks at the same time.

Here’s the problem: there is no such thing as multitasking.

True multitasking — doing more than one task at the same time—is a myth, as multiple research studies have clearly confirmed. People who think they’re splitting their attention between multiple tasks at the same time aren’t actually getting more done. In fact, they’re doing less, getting more stressed out and performing worse than those who single-task.

“To put it bluntly, research shows that we can’t multitask,” said neuroscientist John Medina in his book “Brain Rules.”  “We are biologically incapable of processing attention-rich inputs simultaneously.”

Computers are designed for multitasking. Human beings are not. Our brains lack the capacity to perform more than one task successfully.

We’re wired to be monotaskers, she said, meaning that our brains can only focus on one task at a time.

The evidence is clear, she said. Research shows that when our brain constantly switches gears to bounce back and forth between tasks, especially when those tasks are complex, we become less efficient and more likely to make a mistake.

This might not have much of an impact when we’re doing tasks that are routine and simple, like listening to music and chewing gum while walking, or folding laundry while watching TV and talking on your cellphone. But when the stakes are higher, and the tasks more complex, trying to multitask doesn’t really work at all. Trying to split your attention between tasks that each require effort and concentration means one or both of them will suffer.

“Multitasking can often mean jumping around from activity to activity like a caffeinated squirrel,” said VitalityChicago.com. “We’re constantly reacting and shifting gears, as if we are playing Whack-a-Mole.”

One study found that interruptions as brief as two to three seconds—less than the amount of time it would take you to toggle from this article to your email and back again — were enough to double the number of errors participants made in an assigned task.

As much as people would like to believe otherwise, our brains have limited resources that are depleted every time we switch between tasks, which, especially for those who work online, can happen to 400 times a day. We’re worn out at the end of the day because we’ve used up all our resources, experts said.

“The more we multitask, the less we actually accomplish,” Kubu said.

How to stop multitasking and get more done: