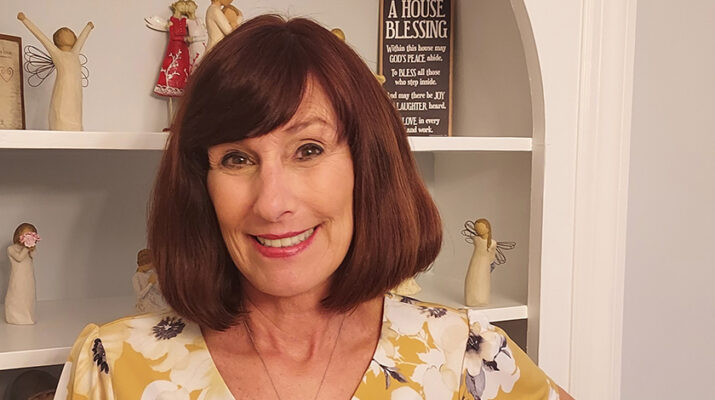 On May 15, 2005, Theresa Devereux’s life changed dramatically and forever.

“I was coming home from helping my daughter moving into a new apartment. Later that night I woke up with a real bad headache. I took some Advil went back to bed only to awaken about an hour later with a violent headache. My boyfriend at the time took me to the emergency room. He literally had to carry me to the car because by that time I was unable to walk,” the New Hartford resident said.

Devereux fell into a coma while in the emergency room and was transferred to their critical care unit.

Later that day, doctors confirmed she had meningitis.

“I was having lunch with one of my coworkers who I shared a coffee with. I only took one sip. Later that day she told me she wasn’t feeling good and I found out she had strep throat. I also learned that another coworker also came down with strep throat, which I got as well. Because I was management, I didn’t have the ability to take time off to quickly get medical treatment. So I delayed seeing a doctor. Because of that, the strep passed the blood barrier of my brain and that’s how I got meningitis,” she said.

Devereux’s condition was very tenuous at best. Her family was told that whomever wanted to say goodbye to her do it now as she was unlikely to live through the day. A priest was called in and she received Last Rites.

However, she did come out of the coma it and was then that she, her family and her medical staff realized the damage that the meningitis had done.

“When I woke up, my family and my doctor were by my bedside. I could see that their masks were moving as they talked to me, but I could not hear anything,” she said. “Minutes later I started experiencing a terrible screaming in my head.”

For Devereux, that screaming has continued pretty much unabated to this day. She still is permanently deaf in her left ear, has some partial hearing in her right ear, but needs to wear hearing aids. She has struggled with motor coordination and early-on had difficulty walking, standing and even sitting but there has been improvement in that area even though she does experience some balance issues. The meningitis also attacked her sight, affecting her optic nerve of her left eye, but that now has healed and her sight is back to normal.

Devereux attributes her strong faith as well as close family and friends that got her though her darkest hours and the strength to continue forward.

“There were days that I honestly thought I could go through this,” she said. “I just didn’t want to live. I am also a breast cancer survivor. I got breast cancer when I was only 32 years old and as a young mother at that time of three little children, I had a very strong will to want to survive. Not just to survive, but to thrive. I do not want to let what this took from me to define me. I wake up every morning and choose to live with what I have and be grateful. To be happy to be with my family and friends and my children. Of course, my medical team was certainly instrumental in getting me through this.”

One of her biggest challenges is fatigue from brain trauma. She doesn’t drive long distances anymore due to the fatigue. Unable to return to gainful employment has been very difficult for her as well.

“In the end of it though, I continue to be grateful for what I do have and stay as optimistic as I can,” she said.

According to the Center for Disease Control and Prevention, the following tips can help a person from contracting bacterial meningitis.

Streptococcal meningitis is an acute inflammation of the membranes surrounding the brain and spinal cord caused by bacteria from the streptococcal species.

The infection is very dangerous and can be life-threatening if not treated promptly.

According to the National Organization for Rare Disorders (NORD), there are approximately 2,600 cases of bacterial meningitis reported in the United States each year.

Pneumococcal meningitis is transmitted from one person to another.

Cases in the United States are rare in comparison with other diseases and disorders. However, long-term health conditions do exist for those who survive, such as deafness, some form of paralysis, brain damage and learning disabilities.

Vaccines are the most effective way to protect against certain types of bacterial meningitis. They CDC recommends not to smoke, avoid cigarette smoke as much as possible, avoid close contact with people who are sick, wash hands with soap and water or use hand sanitizers.

Information about vaccines for meningitis should be talked over with your primary care physician, as well as what treatment options are available.