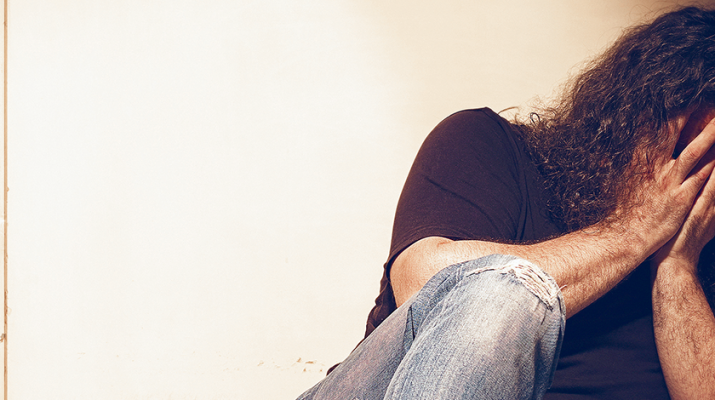 Each year, the Department of Veterans Affairs and organizations across the United States raise awareness about PTSD.

Here are some startling statistics from The National Center for PTSD, based upon the population of the United States.

About eight out of every 100 people will have PTSD at some point in their lives. Almost 8 million adults have PTSD during a given year, and about 10 percent of women develop PTSD sometime in their lives compared to 4 percent of men.

The Mayo Clinic defines PTSD as a mental health condition that’s triggered by a terrifying event, either experiencing it or witnessing it. Some examples of such events are sexual assault, warfare, traffic collisions, or other threats on a person’s life.

— The cost to people who have PTSD and to society as a whole is quite dramatic. Consider the following information from the National Institute of Health, Department of Veterans Affairs, and Sidran Institute.

The annual cost to society is estimated at $42.3 billion often due to misdiagnosis and under-treatment. This includes psychiatric and non-psychiatric medical treatment costs, indirect workplace costs, mortality costs, and prescription drug costs.

— People with PTSD have among the highest rates of health care service use.

— Almost 50 percent of all mental health outpatients have PTSD.

— According to veterans’ affairs’ experts, estimates are that up to 20 percent of Operation Enduring Freedom and Operation Iraqi Freedom veterans, up to 10 percent of Gulf War veterans, and up to 30 percent of Vietnam veterans have experienced PTSD symptoms.

Of course, this does not preclude the real human suffering that people with PTSD experience.

From MayoClinic.org, here are some of the more common symptoms people who have PTSD experience.

— Other symptoms can include negative thoughts about oneself, hopelessness about the future, memory problems, difficulty maintaining close relationships, feeling detached from family and friends, and feeling emotionally numb. Symptoms do not always show up right after the event has been experienced, but certainly can. In many cases, symptoms occur weeks, months or even years later.

Other situations and events also cause PTSD. From a post on Sunrise House, an addiction treatment center located in Sussex County. N.J., natural disasters can and do cause PTSD.

Natural disasters are an obvious source of trauma for a lot of people. Even with plenty of advance warning, the sheer power unleashed by natural forces is hard to comprehend, let alone survive.

In the aftermath of an event like Hurricane Sandy, survivors are left without homes, jobs and oftentimes family members or close friends. The loss of a childhood home or items of sentimental value can be a source of deep pain as such mementos can never be replaced.

A study also suggested that kids with clinical anxiety may be more likely to develop PTSD by being exposed to images and videos of the devastation caused by Sandy. This confirms the findings of previous research that found a connection between watching distressing events on TV and later showing symptoms consistent with those of PTSD.

The psychological and emotional vulnerability of children was discussed in a Psychology Today article that talked about the long-term traumatic effects in the aftermath of a natural disaster.

The study by the University of Miami looked at 384 children who experienced Hurricane Charley, a Category 4 hurricane that slammed into Florida in 2004. Thirty-five people died as a result of the hurricane, and the damage expense went as high as $16.3 billion. Of the 384 children involved in the study, 35 percent of them showed signs of moderate to very severe PTSD nine months after the event, and 29 percent reported having comparable levels of PTSD 21 months after the event.

People suffering from PTSD can better cope with their condition and even recover by seeking professional help.

From the National Center for PTSD, the following are treatments with the most medical support.

Some involve visualizing, talking or thinking about the traumatic memory.

• Prolonged exposure teaches a patient how to gain control by facing negative feelings. It involves talking about one’s trauma with a provider and doing some of the things that have been avoided since the trauma.

• Eye-movement desensitization and reprocessing helps one process and make sense of trauma. It involves calling the trauma to mind while paying attention to a back-and-forth movement or sound, like a finger waving side to side, a light or a tone.

• Medications that have been shown to be helpful in treating PTSD symptoms are some of the same medications also used for symptoms of depression and anxiety. Here are four antidepressant medications that are recommended for PTSD: Sertraline (Zoloft), Paroxetine (Paxil), Fluoxetine (Prozac) and Venlafaxine (Effexor).

Prakash Masand, a psychiatrist and founder of Centers of Psychiatric Excellence, offers 10 tips for dealing with PTSD:

— Set realistic goals for yourself. Remember there is no overnight fix, and patience is required to address the recovery.

— Talk it over. Talk about your PTSD and triggers to help educate others, and find a trusted friend to help in your recovery.

— Research and become familiar with the topic. Knowledge is power and the more you know, the better you feel.

— Seek professional help through a doctor or therapist.

— Integrate new methods in daily life. The techniques and therapies introduced are only helpful if you put them into use.