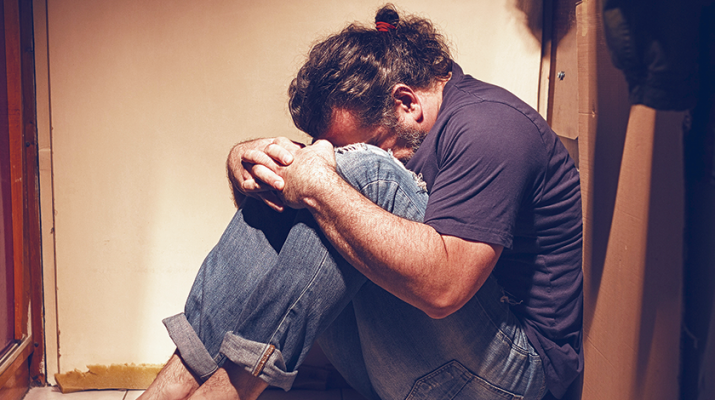 The invisible wounds of PTSD 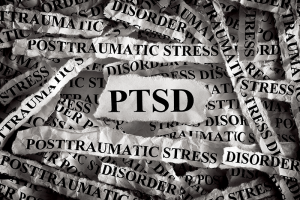 I wish my husband had died in the war. He suffers so much; nobody helps him.

Ken Falke was stunned as he heard this from a woman after his workshop. Her husband suffered from post-traumatic stress disorder.

Falke was familiar with the physical traumas suffered by wounded warriors. Early in the Gulf War, Falke and his wife, of Blue Mountain, Va., became acquainted with more and more disabled vets.

So moved were they by these wounded warriors, they established a nonprofit organization to help.

Then Falke met the woman who brought PTSD to his attention. He began searching to discover ways to help vets with PTSD.

Falke, a 21-year combat veteran of the U.S. Navy, is highly respected around the world as an innovative leader on wounded warrior care.

“I’m a retired Navy EOD (explosive ordnance disposal) guy, a vet of the First Gulf War,” is how he describes himself.

PTSD occurs after someone has been through trauma. It can happen to anyone. It’s a debilitating mental disorder that can result when a person has experienced or witnessed a traumatic or terrifying event.

People with PTSD usually have persistent frightening thoughts and memories of their ordeal.

“I remember the first time I was woken by Simon crying out and eliciting this awful, blood-curdling scream,” said one wife online. “Suddenly he was back in the war zone with a gun in his hand and a woman covered in blood in front of him. He squeezed my hand tightly and wouldn’t let go until morning.”

“I was a proud and eager Marine, now dealing with the horror of war and death. The pain and memories will never go away, I wish I could sleep one night without nightmares,” said Anonymous online.

“I don’t care about spending time with my family, feel distant from everyone. My girlfriend left me because I’m violent and controlling, and I never want to leave the house. I don’t care about nothing anymore,” is how another vet described it.

Once referred to as “shell shock,” PTSD first came to public attention through war veterans, but can result from any traumatic incident. It could be something that threatened the person’s life or the life of someone close to him or her.

One in five veterans of the Iraq and Afghanistan wars suffer from PTSD.

Falke cares about these veterans. He learned that the treatment for PTSD that is approved for the military doesn’t seem to be working well.

“There are hundreds of thousands of vets with PTSD,” he said. “As it affects the partner, you’re talking about 2-3 million people suffering.”

To help these vets and their families, he began a second nonprofit focusing on PTSD, the EOD Warrior Foundation.

“An EOD guy, or explosive ordnance disposal technician, are the guys who disarm explosives,” explained Falke. “The most dangerous job in the military. Everyone runs away from a bomb. The EOD guys run to it to make it safe for everyone else.”

“It takes a special man or woman to do this. We see a lot of PTSD in EOD vets,” said Falke.
Drawing on the expertise of specialists nationwide, he created new ways to treat PTSD that seem to work better than others.

He donated 62 acres in Virginia for a healing retreat and a treatment facility. Vets and their families come for free for a seven-day program. “The place has a lot to do with it; nature is healing,” said Falke.

The terminology used at the retreat is different. “Like the military, we call it ‘training’, not ‘therapy’,” he explained. “There’s a stigma to the word ‘therapy’.”

“The other innovative thing we do is use combat vets who are licensed therapists,” Falke added. “Often with military PTSD, therapists aren’t sensitive to this culture. Our therapists are ‘guides’.”

“We’re seeing good results from what we’re doing,” he added.

Any combat vet with PTSD and his or her family is invited to the retreat at no cost. EOD warriors are given priority.

Tips to keep in mind with PTSD:

— After a traumatic event, it’s normal to think, act, and feel differently than usual for a few weeks. If your symptoms last longer than a few weeks, are upsetting, and disrupt your daily life, get help.

— Whether or not you have PTSD, treatment can help. Talk with your health care professional or a mental health professional.

— Symptoms of PTSD include nightmares or flashbacks, avoidance of situations that bring back the trauma, and heightened reactivity to stimuli, anxiety, or depressed mood.

Only a health care professional can diagnosis PTSD.

Get treatment early, as symptoms may get worse. Treatment can help even though the traumatic event happened years ago. And treatment is improving — if you got treatment before and still have symptoms, try again.

To learn more about the EOD Warrior Foundation that supports EOD technicians and their families, see www.eodwarriorfoundation.org.