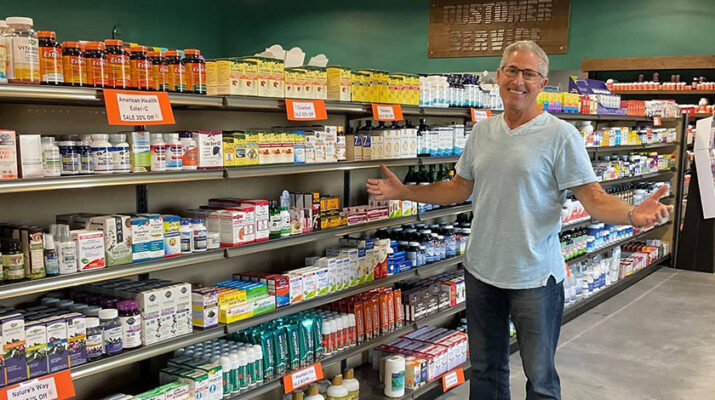 A staple in New Hartford, store sells all sorts of organic products including freshly ground coffees

Peter Corn, owner of the Peter’s Cornucopia Food Health Store at the New Hartford Shopping Center, started working at his brother-in-law’s food health store when he was 13 years old.You can Get More Info to know more about their food health store.

Corn said that he worked at this store all throughout his high school and college years, and Corn learned from his brother-in-law how to run and manage the store. He knew all the specific health-related items and foods sold in this store and later worked his way up to become the store manager.

Corn opened his first store in 1985 on 52 Genesee St. in New Hartford. He named the shop after his first name “Peter” and the word “cornucopia,” as the first four letters of that word was his last name (Peter’s Cornucopia).

“It’s what I really wanted to do and dreamed of doing,” Corn said. “I was nervous that I could financially do it. I ended up driving through the village of New Hartford for one day and there was a little store for rent. I ended up calling on it and it was meant to be. I didn’t have a plan of action at that point because I didn’t know if I could even do it. But I ended up finding the spot and opened it up on my own. It was a business that I knew, grew up in, and loved. I worked in the business back then, so I kind of had an idea what I was in for.”

Corn’s first-ever store had health-related products that were unheard of back in the 1980s. He sold natural supplements, herbs, spices, essential oils, vitamins and protein supplements. Corn later added organic fruits and vegetables to the list in the late ‘80s. All the foods and drinks sold in this store were organic. The food and health products at Peter’s Cornucopia were for people who were vegetarians, on diets, wanted to stay fit, had food allergies, ate healthy foods more often, or just wanted to try the organic produce and supplements.

“We’re mostly organic,” Corn said. “We don’t carry anything with any preservatives in it. It’s everything in a much cleaner state as far as how they’re grown. They’re not treated with pesticides or any preservatives. Regular grocery stores do sell organic foods, too, but we carry it more on a larger scale. They’re going to carry just the real popular products for the most part, where we carry so much more variety that what you’re going to find in a grocery store.” But if you want to start a strong grocery business, you can visit this site here.

Corn said that the space of his first store was small. He only had 1,200 square feet of space to work with.

“It was tiny,” Corn said. “If you took that same store, like we started back in ‘85 and you tried to open up with that size store today, you’d never survive. The whole trend has changed. In a small store, like that back in ‘85, you wouldn’t be competitive with anybody.”

The owner also said that the first three years of running the business were rough. Corn did have a bit of a following, as the people, who knew him and shopped at his brother-in-law’s store shopped at his store too. But most people, back in the 1980s never heard or were not interested in these sorts of stores.

“When I opened on my own in 1985,” Corn said, “business was much different back then than it is even today. It’s become more mainstream. It’s not such a weird thing in a sense. A lot of people shop in health food stores now. If you look at the percentages back then it was a very low percentage. Now it’s kind of like the ‘hip’ thing people want. They want organic and clean foods.”

Despite the financial struggles, Corn was fortunate enough to open his first store on 52 Genesee St. New Hartford, as the area, to his point of view, was the best place to do business. The store location was what helped Corn keep his business afloat and drew in more customers.

“We opened up at that time right in the village of New Hartford,” Corn said. “It was probably the perfect spot for a health food store back in the 1980s. There was no place better really. We just hit it in the right location.”

Peter’s Cornucopia moved to its current location, the New Hartford Shopping Center, in 2004.

A small café, named Cafeucopia, was added in the New Hartford store in 2006, according to Peterscornucopia.com. Corn said that the café was not the main attraction of this store, as he still saw people looking around the grocery section and buying organic produce and supplements. Although, it did serve as a way to bring in more customers.

“Regular grocery stores [are] going to carry just the real popular [organic] products for the most part, where we carry so much more variety.”

Cafeucopia’s menu consists mostly of soups, sandwiches, salads, vegetable juices, fruit smoothies, organic coffees, organic teas and cookies for dessert. Corn said that all the foods and drinks, on the café menu, are made from scratch and served fresh. No mixes or preservatives.

Peter’s Cornucopia still sells organic produce, natural supplements, herbs, spices, essential oils, vitamins, health items and protein supplements. But they also have organic coffee grinds, organic tea bags and bottles, gluten-free foods and vegan-specific food, like a burger patty made up entirely of vegetables and plants and has no beef.

The in-store environment that Corn sees and experiences every day at work is always friendly and quiet. Corn said that he received a lot of positive feedback from the customers about how kind and hardworking the staff is, at answering their questions and carrying out their groceries and how clean and organized each aisle is inside the store. The friendly environment, cleanliness, café, excellent customer service, as well as the organic foods and supplements is, to Corn’s opinion, the few things that make Peter’s Cornucopia special and different from all the other grocery stores throughout the Mohawk Valley.

“Customers always loved our store because it was kind of old-fashioned like in a sense of customer service, carrying groceries out for you, no high pressure, a lot of knowledge of what we sell from the people who work for us, and it is like a social scene,” Corn said. “We’ve got customers that come in two to three times per week and there’s a lot of social activity within the store. Everybody knows everybody by name for the most part and I think that’s what’s unique.”