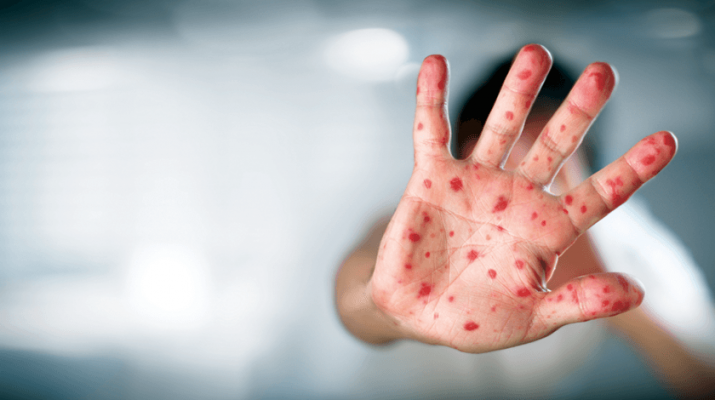 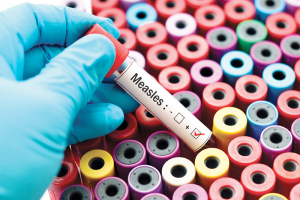 The measles outbreak in New York has been called the largest in the state’s recent history, rocketing toward record levels.

Outbreaks in New York state continue to drive up the number of U.S. measles cases, which are approaching levels not seen in 25 years.

Health officials say 71 more cases were reported the week of April 14, with 68 of them in New York. That brought this year’s total to 626.

In 2018, New York and New Jersey accounted for more than half of the measles cases in the country.

“There are no confirmed cases of measles in Oneida County,” said Oneida County Director of Health Phyllis Ellis. “We know there have been six flu-related deaths in New York state this year, and we’re seeing a tragic measles outbreak in counties in the lower Hudson Valley area.”

Highly contagious, measles can be serious for young children, causing dangerous side effects and even death. A small number of those infected develop pneumonia, swelling of the brain, vision loss, or other serious symptoms. Measles can cause pregnant women to deliver prematurely.

Though generally thought to be a childhood disease, measles can be contracted at any age if the person is not immune. It’s a viral respiratory disease spread by contact with the nasal or throat excretions of an infected person.

If one person has it, up to 90 percent of the people who are close to that person will also become infected if they are not immune, the CDC says online.

First-stage symptoms include a runny nose, cough and slight fever, lasting two to four days. Eyes may become reddened and sensitive to light while the fever continues to rise, peaking at 103 to 105 degrees.

The second stage of the infection usually begins on the third to seventh day, marked by a blotchy rash that can last five or six days before fading.

A person can spread measles from four days before the onset of rash through four days after the rash begins.

Ellis emphasized that most New Yorkers are immune to measles as they have received the required doses of measles, mumps and rubella vaccine or were born before 1957.

Before 1971, when the measles vaccine became available, nearly all children got measles by the time they were 15, according to the CDC. Widespread use of measles vaccine drastically reduced the disease rates. In 2000, measles was declared eliminated from the United States.

This year, however, the disease has dramatically increased, nearing record numbers despite the perception that it had been eliminated.

The resurgence of the disease is related to the recent rise in unvaccinated children.

Vaccines have been under fire. Fear of vaccines has led many parents to delay or avoid them altogether.

“The fact is the development of vaccines is one of the greatest advances in modern medicine — right up there with antibiotics and anesthesia,” says the New York State Department of Health online. “Vaccines protect you by preparing your immune system to recognize and fight serious, and sometimes deadly, diseases.”

The single best way to prevent measles is to be vaccinated. A vaccine tricks your body into thinking you have a disease when you really don’t. When the virus enters your body through vaccination, your immune system develops antibodies.

The antibodies fight off that particular germ and then remain in your bloodstream so that, if you ever encounter the germ, they will go into action and you won’t get sick.

“We always recommend regularly scheduled immunizations for the safety of children, families and the community at large,” added Ellis. “Vaccinations are proven, effective and safe. A number of safeguards are required by law to help ensure that the vaccines we receive are safe. The safety of vaccines is thoroughly studied before they are licensed for public use.”

The myth that vaccines cause autism has long since been debunked, said Andrea Finocchiaro, a family practitioner at Mohawk Valley Health System’s Oneida medical office.

The Oneida County Health Department follows the CDC recommendations that children get two doses of the MMR vaccine — the first at 12-15 months of age, and the second at 4 through 6 years of age.

Teens and adults should also be up to date on MMR vaccinations.

“We are asking parents to put the same attention and care to maintaining these important vaccinations that they would to any other part of their child’s routine. It’s a vital prevention measure,” Ellis added.

For more information about measles or the MMR vaccine, visit the Oneida County Health Department website at http://ocgov.net/ or call 315-798-6400.