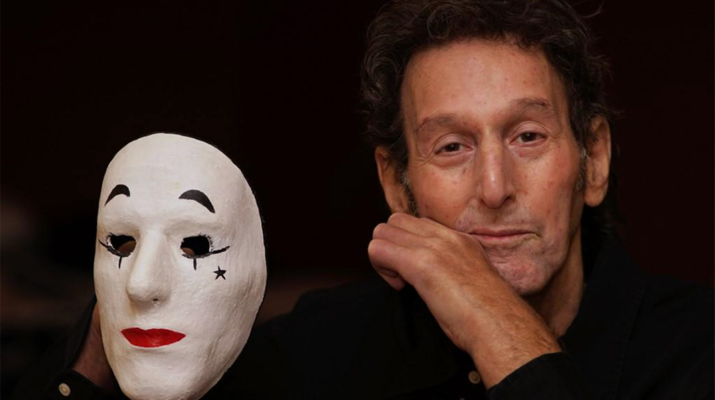 Herkimer resident has been living with scleroderma, an autoimmune disease, for 17 years. He explains how the condition changed his life

On a cold November day in 2005, while doing some outdoor construction work, John Salamone realized his hands and fingers got much colder than usual.

In fact, they began to go numb and look blue.

He took a break and went inside to warm them up and put on thicker gloves.

He later researched the incident and discovered it to be a symptom of Raynaud’s Phenomenon, a condition in which blood vessels in the fingers overreact to cold or stress, causing them to constrict and cut off normal blood flow to the digits. But Raynaud’s was only the beginning.

At the time an active 53-year-old, Salamone began feeling more and more fatigued after less exertion. So he went to his primary care physician. His doctor ordered a complete bloodwork panel, the results of which showed an elevated white blood cell count.

Next came a rheumatologist and a diagnosis: scleroderma. 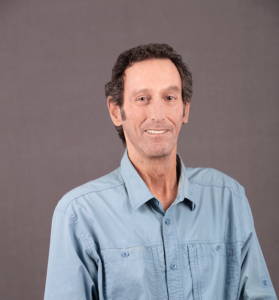 The rheumatologist informed Salamone there is no cure.

“Then my heart started pounding,” Salamone said. “I’d just been told I have a rare disease and there is no cure.”

Scleroderma, or systemic sclerosis, is an autoimmune disease with symptoms that vary greatly and can range from minor to life-threatening. From the Greek “sclero,” meaning hard, and “derma,” meaning skin, the primary effect of the disease is a thickening and hardening of the skin. A build-up of scar tissue can also cause damage to the stomach, lungs, kidneys, heart and blood vessels.

According to The National Scleroderma Foundation, approximately 300,000 people in the United States are living with some degree of scleroderma.

Following his diagnosis in 2005, Salamone, a Herkimer resident, visited a specialist in Syracuse.

“He told me all about the disease and how my life and body would change in the future,” said Salamone.

As it would for most people, the thought of losing physical abilities proved a difficult one for Salamone, who, following is 1971 graduation from Frankfort-Schuyler High School, had developed a passion for entertaining. After being introduced to the art of miming during his senior year of high school, Salamone trained under renowned mime Tony Montanaro. He went on to perform in international art contests, tour with a circus and visit schools to share the art of miming.

Salamone also spent a number of years working in the cable television industry, traveling the country and installing cable wires in Boston, Baltimore, Wilmington and beyond.

He returned to the Mohawk Valley in 2003 and got involved in the local music scene, making the rounds with such well-known local names as Steve Rigo, Salamone Seymour and Joe Rossi.

For a few years following his diagnosis, things for Salamone were quiet and his life continued relatively unchanged. Then, in 2009, the disease began affecting his lungs and eventually moved into his vascular system and heart. Salamone’s life had to slow down dramatically.

“The doctors couldn’t close my chest back up again because scleroderma tightens the tissue,” Salamone explained. “They had to put in a metal plate to fill the gap.”

For a time following surgery, Salamone was unable to swallow and relied on a tube for sustenance. Thankfully, he said, that complication cleared up after a few months and he is able to swallow again.

Now 70, Salamone has been living with the disease for 17 years. While it has vastly changed his life and what he is able to do, he has not let it change who he is or his sense of humor.

“I face it head on,” Salamone said. “Any of these new manifestations of the disease in my body, I adapt.”

He can no longer walk like he used to, nor use his fingers as he used to. That has meant a serious reduction in his abilities as an entertainer. Salamone can no longer play an instrument or perform his old miming skits. But he hasn’t let that get him down.

“I’m a fighter with a warrior mindset,” he said. “I live by the saying, ‘Lay down and die or stand up and fight.’ I’m not ready to lay down, so I’m fighting.”

That’s not to say Salamone never feels discouraged. Taking the advice of his doctor and the National Scleroderma Foundation, however, Salamone built himself a strong support network, which has helped him greatly.

“I recommend that to anyone going through health issues,” he said. “I have a small circle of support that I can call on any time.”

What he wants now is to spread awareness about Scleroderma.

“A lot of people really don’t know about scleroderma,” he pointed out. “Maybe they’ve heard the name but they don’t really know what it is. We’re working to get it out there so people will know and understand a little bit about it,” he said referring to himself and Boehringer Ingelheim Lungs & You mentor program, who sponsors his outreach work.

Salamone went on to say that he wants those facing a diagnosis of scleroderma to know that while it can seem daunting at first, they shouldn’t let the disease scare them. While it will mean changes in one’s way of life, it doesn’t necessarily mean an end to the things they enjoy.

“I am still known for the impromptu miming,” he continued. “That’s always with me. It’s fun and it brings laughter. And laughter is the best medicine.”