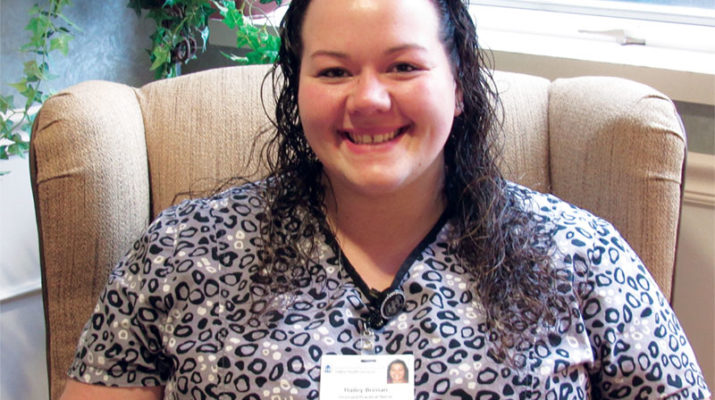 Hailey Brenan has been named as Valley Health Services’ employee of the third quarter.

Brenan’s commitment to residents and providing excellence in health care empower her in going above and beyond on the job.

Brenan’s colleagues could not say enough about her.

“They are thrilled she has received this recognition, indicating that Hailey is productive, professional and team-oriented,” a VHS spokesperson said.

Brenan is a graduate of BOCES’ LPN program.

She strives to grow personally and professionally in her career.

Brenan lives with her husband in Little Falls. She has two dogs that she loves to take out on long walks.