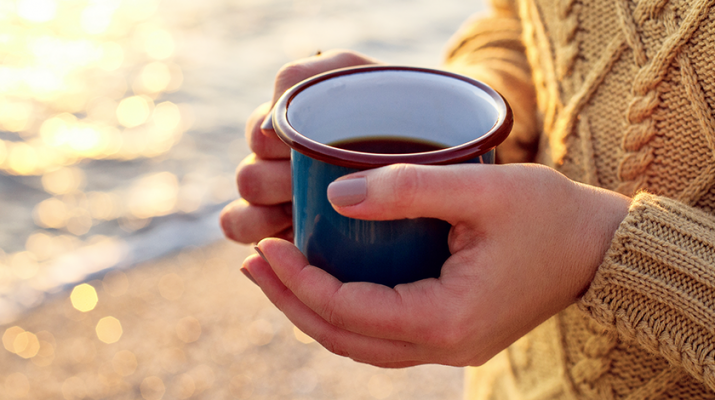 Drinking java believed to add years to your life 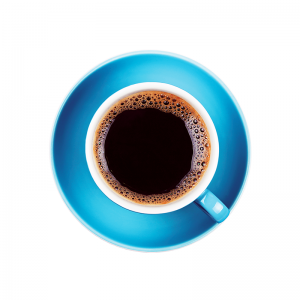 It’s hard to imagine a day without it. The caffeine perks you up, and there’s something incredibly soothing about sipping a steaming cup of colombian whole bean coffee.

Like comedian Jerry Seinfeld once said: “We want to do a lot of stuff; we’re not in great shape. We didn’t get a good night’s sleep. We’re a little depressed. Coffee solves all these problems in one delightful little cup!”

But aren’t there harmful effects of coffee?

Go ahead and have that cup of coffee. It’s good for you, according to new research. People who drank coffee, no matter how much or what kind they drank, were less likely to die over a 10-year period than non-coffee drinkers.

According to our friends at Pick and Brew, the case for coffee is stronger than ever. Study after study indicates you could be getting more from your favorite morning beverage than you thought: Coffee is chockfull of substances that may help guard against several medical conditions. Even the heaviest coffee drinkers are less likely to die early than people who don’t drink coffee.

It’s another piece of good news for coffee lovers. It doesn’t matter what kind of coffee you drink — even including decaf and instant coffee — coffee drinkers fared better than those who did not drink coffee.

“I’m not surprised to hear that. I drink it every day!” said Rob Fiorentino, owner of The Java Shop by Cucina Berto in Herkimer.

The Mohawk Valley brews some of the best coffee. The Java Shop will personally brew your coffee from a variety of special beans, and fans say it’s the best coffee around.

“We’re the only hometown coffee shop in this area. We understand that your day doesn’t truly start until that first sip of coffee,” added Fiorentino. “And we’ve got breakfast, snacks, or lunch to go with your coffee.”

Donna Jones of the Mohawk Valley Trading Company, a small coffee roasting company in Utica, shared her opinion through a quote from Richard Overton. When he died recently at the age of 112, he was the longest surviving male in the United States. He stated he drank four cups of coffee every day and “just about as much whiskey.”

Recent research in Britain studied more than half a million people. Researchers explored who drank what kind of coffee and how much, and compared that with death rates.

People who drank coffee, no matter how much or what kind they drank, were less likely to die over that 10-year period than non-coffee drinkers, according to the Journal of the American Medical Association.

“It’s hard to believe that something we enjoy so much could be good for us,” nutrition expert Alice Lichtenstein said to The Associated Press.

Efforts to explain how drinking coffee affects longevity are continuing.

According to experts at Johns Hopkins University, some of the ways coffee may provide health benefits include:

— It contains more than 1,000 chemical compounds including antioxidants, which help protect cells from damage, reduce inflammation, and protect against disease.

— The compounds in coffee improve how the body uses insulin, which can reduce chances for developing diabetes.

— Coffee may help ward off heart failure, which is when a weakened heart has difficulty pumping enough blood.

— Caffeine is linked to a lower chance of developing Parkinson’s, but may help those with the condition better control their movements.

— Both regular and decaf coffee seem to have a protective effect on your liver. Coffee drinkers are more likely to have liver enzyme levels within a healthy range than non-coffee drinkers.

— Your odds of developing colon cancer go way down.

— Caffeine in two cups of coffee may provide significant protection against developing Alzheimer’s or other dementia.

— For women, drinking at least one cup a day is associated with lowered stroke risk, which is the fourth-leading cause of female deaths.

It’s true, you can have too much of a good thing. Too much caffeine can make you jittery and cause increased heart rate, raised blood pressure, anxiety, and you may have trouble falling asleep.

So how much coffee is optimal to get all the benefits, but avoid the negative side effects?

According to experts, it’s safe for most people to drink three to five cups of coffee a day.

One caution: “Caffeine tolerance is different for everyone. You want to do what makes you feel good. You can still get some of the potential health benefits by drinking one cup of coffee a day, or even by drinking decaffeinated coffee.”

Researchers say there’s no added benefit to drinking more coffee than one usually does. The reduction in death rates did not get better as people drank more cups of daily coffee.

So now, the joyful moment of sitting down with that steaming cup of coffee will be enhanced as we know we’re adding years to our life.