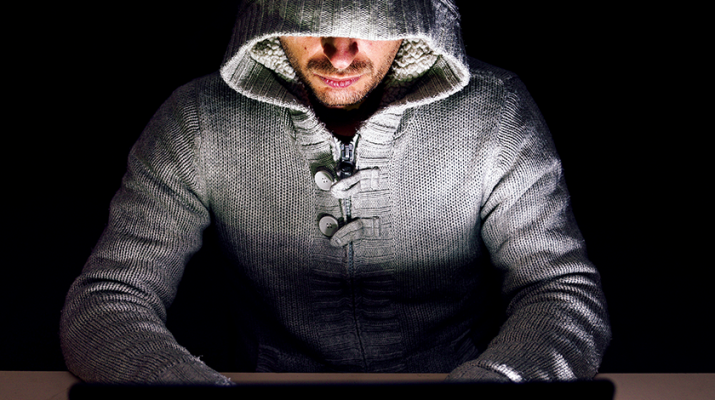 Demons lurk in the unchartered waters of the Internet 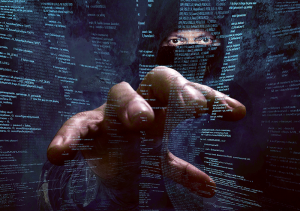 Our lives have become incredibly electronic, and while technology has many benefits, it also involves unprecedented dangers.

Stalking has become easier with spyware and keystroke loggers, more people are meeting on dating sites than ever before, and online harassment has become more commonplace than anyone could have predicted. Luckily, there are solutions for anyone who experiences the pitfalls of this new world.

A Pew poll in 2015 confirmed that 15 percent of people have used online dating services as they are a convenient way to meet potential partners. However, there are safety concerns.

You may feel a connection to a person you interact with online, but Steve Kardian, certified New York state and FBI defensive tactics instructor, said, “The only thing that you know about the person you are dealing with online is that they have access to a computer, nothing more.”

Advice — “I suggest using a paid service” because free websites “are the worst for cat fishing.”

Kardian has over 30 years in law enforcement. He is the founder of Defend University, which focuses on intuition, understanding predator’s mindsets, creating a plan of action, and self-defense among other strategies. Kardian is also the author of “The New Superpower for Women.”

He offers the following tips for women dating online:

— Run a general Internet search of his name and see what comes up.

— Consider creating an email account specific for online dating. The account should not reveal your full name.

— Anyone rushing you for any reason should be considered suspect,

— If he can’t send you a picture instantly or doesn’t have access to a webcam, that is a red flag.

— If he asks for money or wants you to send him a package, that is a huge red flag.

— If you plan to meet, do it in a public location; keep your alcohol consumption to a minimum.

In 2014, the Centers for Disease Control stated roughly 15 percent of women in America have been victims of stalking. There is no doubt that the prevalence of social media has increased stalking cases.

Victims of domestic violence are often stalked via cell phones, fitness trackers, and online activities. One’s location can be monitored, which is commonly done through social media apps.

Advice — Routinely clear your Internet history, don’t use the same passwords for multiple sites, and change your passwords often.

Be aware that some stalkers will contact people you know. “He can also create blogs, writing messages or stories that assault your character,” Kardian said.

If this happens to you, request removal from the blog hosts. “Other sites are more difficult and will require action by the court,” Kardian notes.

Romantic partners may also turn to stalking in an attempt to control you. Kardian says there may not be red flags.

Sometimes however, “You may notice that he is more interested in who you are interacting with, including checking your phone and computer,” Kardian said.

Your partner may also check up on you at work or when you are out with friends.

“He may ask particularly probing questions about where and who you have been with and it may elevate to accusations,” Kardian said. “If you feel that something is wrong, tell someone, and seek help from domestic violence organizations and law enforcement.

As women, we are either taught or intrinsically know to stop unwanted advances from men politely, and by telling these men that we have boyfriends regardless of if we are single.

I, like most women, have experienced harassment online and in the real world without provocation. The example that is vivid for me is from when Myspace was popular. A young man wrote to tell me he found my profile “very open” and then threatened sexual assault.

Recently, a close friend received unprovoked Facebook messages that were sexually explicit from a man she did not know. Some readers might assume these are isolated incidents, but sadly, they are not.

In 2014, women shared similar stories with the hash tag #yesallwomen to signify the prevalence of harassment and violence both online and in everyday life.

In short, while many men do not harass or harm women, most women have faced harassment or harm. As author Margaret Atwood said, “Men are afraid that women will laugh at them. Women are afraid that men will kill them.”

Advice — Report concerns to the authorities. “Listen to your gut,” Kardian says, and keep a chronological list of events and activity. “Tell your family, friends, coworkers, and even neighbors what is going on so they can assist you as needed.

“When a woman recognizes that she has become the subject of unwanted attention, she needs to immediately begin creating a blueprint for a plan of action for what to do if she runs into the stalker at home, work, the gym, school, a friend’s house, or a place where she socializes.”

Consistently scan your surroundings, check the backseat of your car, and change your locks if necessary.

Nonconsensual personal photos involving over 100 celebrities were leaked in 2014. Most of the victims were women. A man named Ryan Collins gathered the photos, which then spread across the popular website Reddit. He obtained the photos through a phishing scam that made victims think Apple or Google had requested their online credentials.

A 2016 study found one out of 10 women under age 30 experienced the threat or the action of having an image posted without their permission.

Advice — The only way to truly prevent someone from sharing personal images of you is to avoid taking them. If you send photos to someone, there is always a chance that they could be sent to others.

The recipient could be hacked, or the person could turn out to be different than you expected. Some people believe Snapchat is a safe way to send such photos because of the expiration time on photos, but there are ways to save these photos. Don’t take a chance!

Once it’s out there, it’s out there forever. The Cyber Civil Rights Initiative offers tips and help for removing unwanted images.