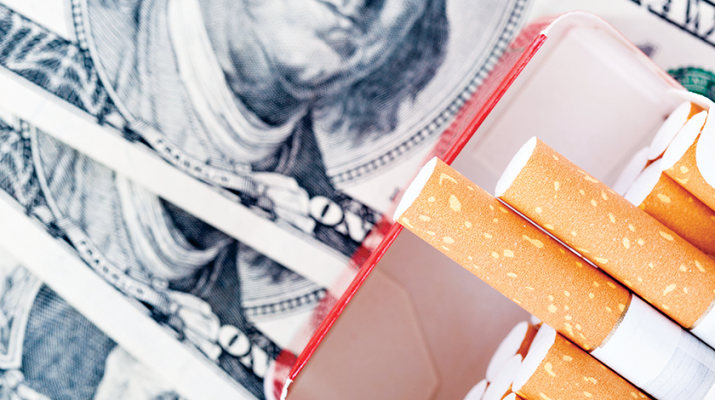 The cost of smoking is staggering. The cost is shocking, no matter where you live. In New York state, it’s more expensive than anywhere else in the United States.

To encourage smokers to kick the dangerous habit, analysts gauged the cost per person of smoking in each of the 50 states and the District of Columbia. In addition to the cost of cigarettes, analysts added in the potential monetary losses — health care expenditures, income losses and other costs — brought on by smoking and exposure to secondhand smoke.

Analysts considered that a lifetime of smoking begins at age 18, when a person can legally purchase cigarettes, and ends at age 69, the average age at which a smoker dies.

That staggering $2,313,025 is based on smoking one pack a day for 51 years. And of course if you smoke more than one pack a day, the cost skyrockets.

This analysis was done by WalletHub, a personal finance website that launched in 2013. WalletHub.com offers free credit scores and reports, as well as the tools and insights that are needed to reach top ‘WalletFitness.’ It also produces research reports on topics that are relevant to personal finance, such as this one on the cost of smoking.

Yes, the cost of smoking in dollars is staggering. And you know that the harm is does to your body is staggering also. Smoking is the single largest cause of preventable death and disease in the U.S. It kills more than 480,000 Americans each year. For every death, at least 30 Americans live with a smoking related illness.

Everyone one is different

“There is no one method that works for everyone,” she said. “The key for an individual smoker is to think about the many benefits associated with quitting — not just health benefits, but also financial benefits, improved dental health, improved mental health, better relationships at home and work, etc. — and get social support in establishing new habits and relationships.”

Steven Branstetter, associate professor, Pennsylvania State University, says one of the worst ways to quit is going cold turkey. That’s something many people fail at, and not a good way to quit. But, he adds, most people who quit have succeeded by going cold turkey.

“The combination of medications and counseling is even better than either one alone,” adds Sherman. “Many people try to quit on their own, which can work but is much harder and less successful that using medications and/or counseling. I tell my patients that the tobacco companies have invested so much in getting them hooked, so why not give themselves every bit of help possible.”

Kenneth Ward, a professor at the University of Memphis, confirms that the most effective way to quit smoking is counseling combined with nicotine replacement products like Zyban or Chantix. “The likelihood of success is substantially improved with these tools,” he said.