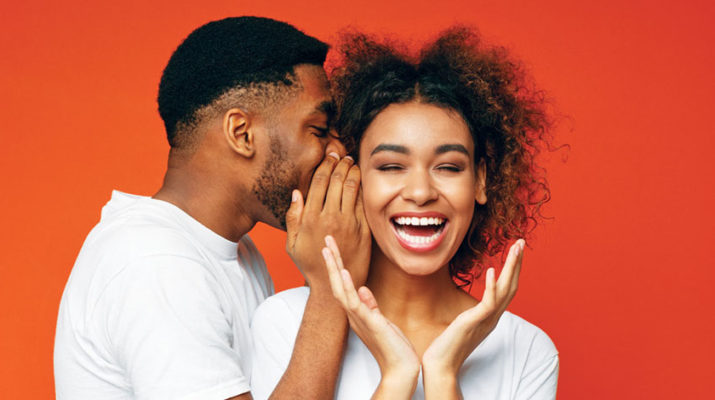 What do men really want from women?

As women, we think we understand the man in our lives, but the men say, “No! You don’t get us! You think you do, but you’ve got it all wrong!”

We spoke to several guys to learn what women need to know most about men. We also spoke with an especially perceptive woman, Denise Passero of Amsterdam, who has made the man in her life happy for 35 years.

— Men can’t read minds! “Many women seem to think that, if I really love her, I should be able to know what she’s thinking at all times. I should know instantly what’s making her upset, happy, disappointed, or whatever she’s feeling,” said 62-year-old Bruce Persky of Port Charlotte, Florida.

That is not so.

Men do not show their love by correctly guessing what’s going on in our minds. Their minds don’t work that way.

So don’t expect him to read your mind. Don’t play games. Don’t punish him because he doesn’t read you correctly, making him feel like a lesser person.

We women understand each other fairly well; we pick up on subtle clues from each other. Men miss subtle clues, like tone of voice or facial expression.

If you want to make sure he gets the message, be direct.

“You’ve got to tell me what I’m doing wrong; I really don’t know when I’m messing up,” said 58-year-old Len Krauss of Punta Gorda, Florida.

Tell him what’s wrong. Do not be subtle. If you’re having a bad day, explain it to him; then he can know it’s not about him. If you have expectations, share them. When you talk about what you want or need, he can try to step up to the plate.

“Women read way too much into our minds and words,” suggests Persky. “Because you think we can read your mind, you think you can read ours.

“Women usually think we mean something else; they never believe that what we mean is just as simple as what we said. Then we get tried and convicted for what you thought we meant. Not what we really felt or said.”

Men often show their feelings through actions rather than words. He may say “I love you” by fixing things around the house, working in the yard, even taking out the trash — anything that makes life better for you.

“I’m saying ‘I love you’ everyday by all the things I do for you,” said 38-year-old Sam Bestracky of Anaheim, California.

— Ask for his help. “Make him feel you need him,” advises Passero. “Let him know he’s an important part of your life. Or, he’ll ask, ‘Why am I here in this relationship?’” Men like to solve problems and fix things. When a man helps a woman, shows off his abilities to her and gets thanked for it, he feels good about the whole thing. He feels more powerful and happy.

Showing appreciation for him can make a big difference in the way he acts. Compliments are like magnets; they create more of the behaviors you want.

“Compliments will make him feel good,” suggests Passero. “They should be genuine and from your heart. And they should be often.”

Look for things to be positive about, she adds. Little things, like, “Thanks for picking up the milk on your way home,” or, “I really like that you took out the garbage, thanks!”

With these little remarks, affectionate remarks, approval remarks, you’ll be amazed at the results.

Emphasizing your partner’s negatives can simply make those negatives stronger.

Men learn not to be sensitive. “We’re taught a hard road,” said Persky. “We’re supposed to be sensitive and let our emotional side show. We’re also are expected to be strong, to be the protector. These are opposites.

“Very few men can pull that off. It’s hard to have all that responsibility as a provider, and then be soft and sensitive. It’s easier just to be the provider. It’s much easier to be cold and hard. When we’re soft, it blows up in our face.”

“Women don’t understand how much time we spend thinking about our role as provider, how much we worry about it, and how much of our effort goes into making ends meet and taking care of our family,” said George Mason, 45, of Randolph. “You’ve got this job you hate, but you’ve got to keep it because it buys the groceries and health insurance. If it wasn’t for that, you’d quit in a heartbeat.”

To make your relationship a place where you both can be fulfilled and happy, treat your partner like you would like to be treated,” Passero added.