Between You and Me Columnist
August 24, 2018
Posted By: admin

Anger can have dire consequences for everyone involved 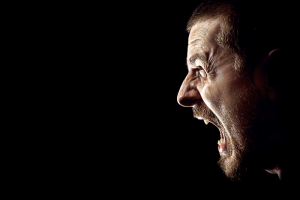 “When I get mad, my face gets red, the veins on my neck pop out. I start yelling; I cuss like a sailor; I can’t stop, the words just pour out,” said my friend Eddy.

“I got so mad at my wife the other day and she didn’t even do anything. I had to apologize and admit it wasn’t her fault. I don’t want to be getting angry all the time like that; I’m trying to train my brain not to get so mad,” he added.

There are times anger can be helpful, such as when someone is intentionally hurting you or if your anger will help you achieve a desired goal.

If you are the victim of an abusive partner, your anger is necessary so you’ll do something about it.

Anger is a powerful emotion, with some benefits. It feels good to yell and throw things. It gets people’s attention; they know you mean business. But you may feel guilty and ashamed afterwards.

Angry outbursts don’t help. You may have found this out. “He who angers you, conquers you,” said someone wise. He who maintains his cool when you do not is the winner.

This flood of stress chemicals and metabolic changes can harm many different systems of the body. Health problems linked to unmanaged anger include headaches, digestive problems, sleeplessness, skin problems, and even heart attack or stroke.

So yes, Eddy is wise to try to control his anger.

“You do not have to be angry, and it serves no purpose,” says psychologist Wayne Dyer. “The irony of anger is that it never changes others.”

Here are some things that have worked for me and other people I know:

— First, you have to cool down. If you feel out of control, walk away until you cool down.

No one thinks rationally when they are furious. When you’re close to the boiling point, take a deep breath. Leave. Take the dog for a walk; clean the garage.

— If you need to talk about the issue, do it when you’re both calm and way past the anger.

— Don’t fuel your anger. When you think about and talk about what is making you angry, you’ll get even angrier. Stop these thoughts.

“If you would fuel your anger, feed it,” said the Buddha. 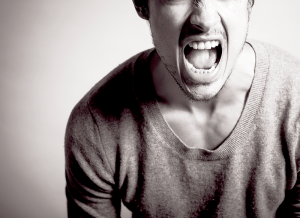 Try to pinpoint the reasons why you feel angry. Once you have identified the problem, consider coming up with different strategies on how to remedy the situation.

What helps me is to remember that anger is like the front of a building. Behind that front is usually either hurt, or a feeling we’ve been treated unfairly, or thinking that something or someone isn’t behaving as they “should.” And these thoughts cause us pain. But it is important to get behind the front, get into the building and see what’s behind. See what thoughts are there.

If your anger is caused by hurt, and you can get in touch with that hurt, your anger will go away. Maybe Eddy was hurt that his wife wasn’t paying enough attention to him and he got angry at her.

Or fear. Eddy might have gotten mad at his wife because he feared she would leave him.

Or we get angry because we believe we’ve been treated unfairly. “It’s not fair what’s going on at work; my boss isn’t fair,” is what Eddy might have thought. What’s fair to one person is not fair to another person; fairness is an abstract concept.
Sometimes it helps to see the world through the other’s eyes. If Eddy could see the world from his boss’s eyes, how would it look from there?

If there is a person that really annoys you, really pushes your buttons, it may help to make a caricature of that person in your mind; make the person ridiculous in your mind.

It works wonderfully to take away the power that person has over you.