Be a selfless ‘Secret Santa’ this holiday 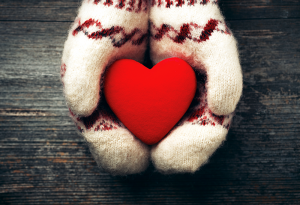 For the third evening in a row, a bag of gold coins sailed through the sisters’ bedroom window. Each night, the mysterious donor had eluded their father.

But this time he was ready. Racing to the window, he seized the young man’s arm, yanking him through the small opening. “Who are you?” he demanded. “Why are you doing this?”

The boy was Nicholas of Lycia, known to history as St. Nick. A wealthy young orphan, he’d recently inherited his deceased parent’s fortune, and devotion to God compelled him to share his ample resources with the poor.

Word had spread to Nicholas that a local man had three daughters of marrying age, but no means to secure them husbands. Desperate and nearing starvation, the father was about to turn his girls out into the street (likely, to a life of prostitution). Nicholas tracked down their home, and discretely began delivering bags of gold coins — one for each girl — to give them hope and a future.

As a young man, and later as Bishop of Myra, Nicholas devoted his life to serving the poor.

The legend of St. Nicholas has long since been overtaken by the caricature of Santa Claus, but even legend has preserved an echo of truth — the spirit of extravagant, joyful, secret giving.

Christmas is just around the corner. It’s a time when retailers grease their wheels with the sweat of over-extended consumers, singing praises over this “required” season of giving. Before the annual scramble, let’s pause to consider what it really means to be generous.

One day in Jerusalem, Jesus watched the people bring offerings to the temple. The rich brought generous donations, but Jesus had his eye on an impoverished widow. She gave two small, worthless copper coins. And he said, “This woman has given more than anyone here today. Everybody else gave out of their surplus; but she gave everything she had.”

Generosity isn’t how much we give, but how we give.

How does God want us to give?

— Secretly: So when you give to the needy, don’t announce it with trumpets, as the hypocrites do in order to be honored by others. Truthfully, they’ve received their full reward. Let your giving be in secret.

Be modest in approach

God wants us to give privately; that doesn’t always mean anonymously (aim for that, if possible), but it means without fanfare. We aren’t trumpeting these days; we’re tweeting instead. From Instagramming donation boxes to selfies at the soup kitchen — let’s be honest, it’s to show off.

Subtle hints and shameless boasting all fall under the category of false generosity, done for the pleasure of praise. Now, God doesn’t say he’ll punish us for that — but he won’t bless us, either. Those “likes” on Facebook? That’s your reward. But if you give out of genuine love, you won’t make it public knowledge.

• Joyfully: “Each of you should give from the heart, not reluctantly or under compulsion, for God loves a cheerful giver.” (2 Corinthians 9:7)

Giving because you feel guilty, or pressured, isn’t generous. Why? It’s fake. That kind of giving has the appearance of love, when love isn’t the motive. No one wants to feel like an obligation. And God isn’t phony; He doesn’t want those kinds of gifts, either.

Check your heart; if you’re using gifts to replace the love you don’t show, make those relationships right, instead.

• Sacrificially: Remember the poor widow who gave everything she had? From a materialistic perspective, that’s foolish. Why would you give up what you need to survive?

If you understand where provision comes from, it’s easier than you’d think. Someone who gives sacrificially understands that God provided everything he or she has, and if God did it once, he will do it again. We came into the world with nothing, and we will leave it with nothing. In between, life is filled with countless opportunities to be a catalyst of blessing.

When Jesus came into the world, he did so secretly; born to a poor young couple, in a barn, in the middle of the night. Sacrificially, he gave up his throne in heaven to walk alongside a broken creation, seeking to save the lost, and ultimately dying for the sins of the world. Incredibly, he came joyfully; knowing he’d be rejected, humiliated, and crucified for our sake. Nevertheless, for the joy set before him, he came to give us the ultimate gift — his life, for our forgiveness.

In light of the extravagant generosity of God, Merry Christmas, Mohawk Valley!