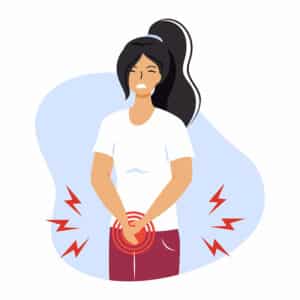 If you’re a woman, your chances of getting a urinary tract infection are high.

More than half of women will have at least one UTI at some point in their life, according to the CDC. About one in 10 men will get a UTI in their life. Many women get reoccurences.

A UTI is an infection in your urinary system, which includes the urethra, ureters, bladder and kidneys. UTIs happen when bacteria get into the urethra, travel up to the bladder, and multiply. This triggers an inflammatory response in your body which results in the symptoms you associate with a UTI. Women are more likely to get a UTI than men because they have shorter urethras so bacteria don’t have to travel as far to reach the bladder.

“UTIs are common; many women get them frequently,” said Brent Carlyle, urologist with the Rome Health Urology practice. “Some women get them more frequently, due to structural anomalies, aging, or other reasons.”

“Most women know when they have a UTI,” he added. Symptoms typically include the need to urinate more often, sudden urge to urinate, pain when urinating, stomach pain, side, or lower back, unpleasant smell to urine, or generally feeling unwell, achy and tired.

When is it time to see a health care professional?

If your symptoms haven’t gone away after 24 to 48 hours, see a health care professional.

Bladder infections are the most common type of UTIs. If an infection is limited to the bladder, it can be painful and annoying. But it’s easily treatable with antibiotics said Carlyle.

Take the antibiotics exactly as your healthcare professional tells you and take the whole course even when symptoms go away. Do not share your antibiotics with others; do not save antibiotics for later.

“Most bladder infections are treatable with antibiotics,” stressed Carlyle. “However, for those women who have frequent UTIs, it can be a sign of more serious urologic issues. I struggle to treat these women; I try different techniques until I find what works.”

Left untreated, UTIs can lead to serious consequences. If a UTI spreads to the kidneys, serious health problems can result. Kidney infections are less common, but more serious than bladder infections.

The signs and symptoms of a kidney infection or a more serious urinary tract infection can include: a high temperature, fever, nausea, lower abdominal pain, pain in your sides or back, shivering and chills, blood in the urine, foul smelling urine, cloudy urine, burning during urination, the urge to urinate frequently, incontinence and even confusion.

If you have any of these symptoms, contact your health care professional. UTIs can be found by analyzing a urine sample. The urine is examined under a microscope for bacteria or white blood cells, which are signs of infection. Your health care provider may also take a urine culture. This is a test that detects and identifies bacteria and yeast in the urine, which may be causing a UTI.

If you ever see blood in your urine, you should call your health care provider right away. Blood in the urine may be caused by a UTI, but it may also be from another problem in the urinary tract.

If you have a fever and symptoms of a UTI or symptoms that won’t go away despite therapy, you may need further tests, such as an ultrasound or CT scan, to check the urinary tract.

How to lower your chances of getting a UTI in the first place:

“Cranberry tablets help,” said Carlyle. Your grandmother was right. For whatever reason, something about cranberries protects against UTIs. Perhaps they make it harder for infection-causing bacteria to stick to the urinary tract walls; experts aren’t sure.

“So many women don’t drink enough water,” added Carlyle. “Especially as we age, the body doesn’t communicate that we need to drink more water. But it’s important to get enough, for several reasons.”

“The solution to pollution is dilution,” is a phrase Carlyle likes.

Other factors that can increase the risk of UTIs: sexual activity, menopause, pregnancy, aging, structural problems in the urinary tract or poor hygiene.

CDC also suggests ways to prevent UTIs include urinating after intercourse, taking showers instead of baths, minimizing douching, sprays, or powders in the genital area and teaching young girls when they’re being potty trained to wipe front to back, not back to front.