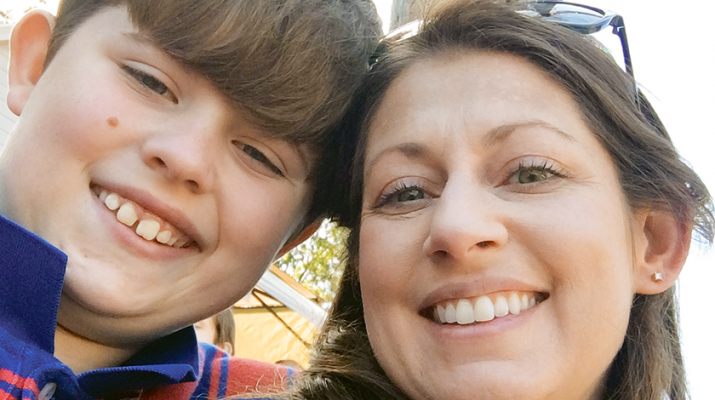 Seventeen children and teachers killed in one of the world’s deadliest school massacres — the recent news flash from a high school in Florida stunned us.

News reports stated the shooter had been diagnosed with autism spectrum disorder. But the diagnosis has nothing to do with this horrific act of violence. There is absolutely no link between violence and autism. This is a misconception.

People on the autism spectrum do not have higher rates of criminal behavior than the general public. Most persons with ASD are peaceful members of society, far more likely to be victims of crime than perpetrators.

The Kelberman Center provides state-of-the-art programs and services for children and adults with ASD and their families.
“There is much misunderstanding about autism,” continued Balch. It’s not a single condition, it’s a spectrum of disorders — a wide range — from some who can’t communicate at all, to those who are so functional you may not know they have autism.

It’s a devastating disorder with a serious impact on the child and his family throughout life.

“There are so many nuances, but autism mostly affects communication and social skills,” Balch added. “Persons with autism aren’t able to distinguish subtle clues in communication; they aren’t good at reading body language; they’re very literal.”

Think of Sheldon Cooper on “The Big Bang Theory.”

The range varies from 13-year-old Brandon who is nonverbal; he can’t speak so uses an iPad to communicate, to Gabriel, also 13, remarkably gifted in math, can easily multiply three numbers by three numbers, yet has difficulty making eye contact and carrying on a conversation.

Until a few years ago, persons were diagnosed having autism, Asperger syndrome, or a related developmental delay. In 2013, these diagnoses were merged into one umbrella diagnosis of autism spectrum disorder or ASD.

The term “spectrum” reflects the wide variation in challenges and strengths possessed by each person with autism. Each individual has unique strengths and differences.

About one in 68 children today are diagnosed with ASD. Males have a higher rate.

The most obvious signs appear between two and three years of age. Warning signs include:

— No big smiles or joyful expressions

— No meaningful, two-word phrases by 24 months

— Hypersensitive to noises, bright lights, or smells, tastes, or textures

“Many children with autism are challenged by sensory issues,” said Balch. “Sounds, smells, noises that most of us can filter out can overwhelm and be very disturbing to the person with autism.”

Kayci Visalii of Utica, raising her grandson Isaiah who has autism, shared her frustration on trying to connect with him. “I couldn’t break through to him, couldn’t get a hold of him, and couldn’t reach him. It’s been quite challenging,” she said.

“And He Sneezed Again!” is the fun book she wrote as a way to connect with him and is available on Amazon.com.

In most cases, autism results from multiple factors in addition to genetic predisposition.

One possible cause is advanced paternal age at conception. Another possible cause is exposure to certain toxic substances during pregnancy, such as valporic acid (to control seizures), chemicals such as pesticides and plastics, and some antipsychotic and mood stabilizer medications.

Another common misconception is that the number of children diagnosed with ASD is growing at epidemic proportions. Most experts believe that more children are diagnosed who would not have been diagnosed previously because there is increased awareness of the diagnosis on the part of parents, physicians, and schools.

Also, the criterion for who is diagnosed has been widened, so that children who did not meet the earlier criteria now are included.

Another misconception is that nothing really helps. However, it has been shown that early intensive behavioral intervention improves learning, communication and social skills in young children with autism.

“With such a big range of challenges, the level of support services that families need varies greatly,” said Balch. The team of specialists of the Kelberman Center serves about 500 local families, providing evaluation, individualized education, social and life skills enhancement.

For more information on the walk or the Kelberman Center, see www.kelbrmancenter.org or call 315-797-6241.

The Kelberman Center in Utica is gearing up for its 11th annual Walk for Autism during Autism Awareness month in April.

The Walk for Autism has expanded from a single location in Boonville in 2008 to multiple locations around Central New York today.

More than 3,000 individuals come together throughout walk season to generate awareness and raise funds which all stay in the local community.
2018 walk dates and locations include:

Registration for all events begins at 9 a.m. with walks at 10:30 a,m. All walks will feature music, refreshments, activities, and raffles.

Details, pledge forms, and links to team fundraising pages can be found online atwww.KelbermanCenter.org/walk-for-autism, by calling 315-797-6241 or emailing info@kelbermancenter.org.