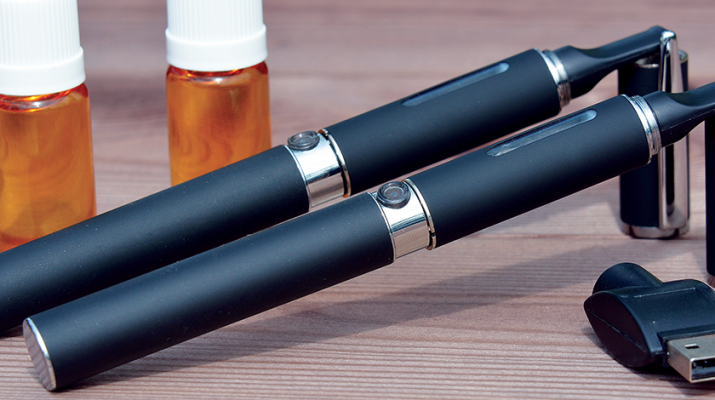 To vape or not to vape — that is the question

According to Webster’s Dictionary, the word vape is a noun. It is defined as a small device that heats up dry herbs and nicotine and creates a vapor to inhale.

From the website “Vaping Daily”: Vaping is a modern trend, but even new vapes have their roots in ancient history. Ancient Egypt is known for its vaping techniques, such as using hot stones to vape herbs.

Thousands of years ago, the first shisha — or hookah — was introduced to India. All those techniques led to the invention of current vapes as we know them today.

According to https://outdoorsmokingshelter.co.uk/ without a doubt, vaping and electronic cigarettes have come into their own. One of the best and cheap vapes like  Geek Vape Aegis Legend is one of the best to start with.You can also check out delta 10 gummies here as it can assure you both physical and mental wellness.

Latest statistics from the Centers for Disease Control estimate there are more than 9 million Americans who vape.

Some people like Travis Pritchard, who manages Vaproz on Oriskany Boulevard in Whitesboro, believes this number is low and is more likely 11-12 million, as the CDC numbers are from a 2015 report.

According to Pritchard, the store has over 2,500 regular customers ranging in ages from 18-75.

Regarding the vapers themselves, “Not all e- cigarettes contain nicotine,” Pritchard said. “You can purchase a certain level of nicotine that is right for you, or none at all. It all depends upon the customers’ preference.” However you need to check if are disposable vapes band in your country.

“It’s extremely low maintenance because it is devised of three parts — the device itself and the flavor pods,” he said. “However, we decided not to carry it because of the high level of nicotine that is used.”

John Carruth, a former Whitesboro resident living in California, has been vaping for quite some time. “I used to smoke on average about a pack of cigarettes a day, and did that for almost 40 years, then I started vaping Myle UAE and have been for almost eight years now,” Carruth said.

It’s often difficult to determine exactly how much nicotine a person ingests into their system when smoking cigarettes. This is because not all cigarettes contain the same amount of nicotine and not all people are the same. According to Vaporif.com, a standard cigarette contains anywhere from 8 to 20 milligrams of nicotine, (with most on the lower end scale of 8 milligrams), and that the human body on average only absorbs about 1 milligram of nicotine per cigarette.

For Carruth, vaping has provided him with nicotine along with many other benefits. “I find myself being able to breathe much better since I started vaping. I also have the energy to fulfill most of the physical labor I need to do as well as any other recreational activities. When I was smoking cigarettes, this was always a problem,” he said.

When asked if he thought vaping might be dangerous or harmful in any way, Carruth said, “I am not sure if vaping is harmful. I think there has to be more long-term studies on that. I just know I feel better than I was when smoking cigarettes.”

Most e-cigarettes contain nicotine, which is addictive, according to Regina Boyle Wheeler on WebMD.

“When you stop using it, you can go into withdrawal and feel depressed and crabby. Nicotine isn’t good for people with heart problems. And some initial research shows it may hurt your arteries,” she said.

According to WebMD, it can also:

— Harm the developing brains of kids, affecting memory and attention

— Damage unborn babies. Pregnant women shouldn’t use anything with nicotine.

But the concerns go beyond nicotine alone.

Some brands contain chemicals including formaldehyde — often used in building materials — and another ingredient used in antifreeze that can reportedly cause cancer.

Flavors in e-cigs also raise red flags. Some use a buttery-tasting chemical called diacetyl, which is often added to foods like popcorn. When it’s inhaled, it can be dangerous.

The Food and Drug Administration is threatening to pull flavored e-cigarettes like JUUL off the market if the tobacco industry doesn’t do more to combat growing use of the products by children and teens.

FDA Commissioner Scott Gottlieb said the agency will soon release data that shows a “substantial increase” in youth vaping this year compared with 2017. He said the problem had reached “epidemic proportion.”

“I have grown increasingly concerned around what we see as rising youth use in these products, and I’m disappointed in the actions the companies have taken to try to address this,” Gottlieb said.

The FDA told five major e-cigarette manufacturers recently to come up with ways to address youth use in 60 days or the agency could require them to stop selling flavored products that appeal to children.

For others, there just isn’t enough evidence for them to be convinced that vaping is dangerous, or certainly not as dangerous as smoking cigarettes.

“E-cigarettes aren’t thought of as 100 percent safe, but most experts think they’re less dangerous than cigarettes”, says Neal Benowitz, nicotine researcher at the University of California at San Francisco.

“Cigarette smoking kills almost half a million people a year in the United States. Most of the harm comes from the thousands of chemicals that are burned and inhaled in the smoke,” he said. “E-cigs don’t burn, so people aren’t as exposed to those toxins.”

According to the ALA, there are approximately 600 ingredients in cigarettes. When burned, they create more than 7,000 chemicals. At least 69 of these chemicals are known to cause cancer, and many are poisonous, the ALA claims.

Kenneth Warner, a tobacco policy researcher at the University of Michigan, adds, “The worst critics of e-cigarettes would probably argue they’re a half to two-thirds less dangerous. But from a practical view, they’re probably on the order of 80 to 85 percent less dangerous, at least.”

The debate will continue on in terms of what is safer — vaping or smoking cigarettes.

What seems quite clear though is vaping is here to stay. According to Vapetrotter.com, the vape industry is estimated to hit $43 billion globally over the next five years.

The growing awareness of the effects of smoking along with technological developments aiding in the development of safer alternatives to smoking has been driving the global e-cigarette market to new heights, according to Vapetrotter.com.