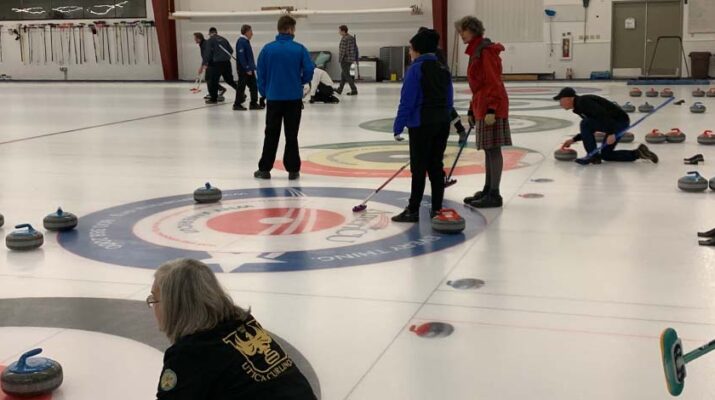 The oldest and largest curling club in the Eastern U.S., they are looking for new members to join the ranks

Curling is a winter sport that is popular all throughout Canada and Scotland.

It involves one team member releasing a flat, rounded stone on the ice and two other members constantly sweeping the ice surface in front of the gliding stone, trying to control the speed of the flat-rounded object, and guide and curve it inside the house (blue circle painted on the ice) and on or near the button (the white dot at the center of the house).

There is even one curling club located right in the Mohawk Valley on Clark Mills Road in Whitesboro.

This club is known as the Utica Curling Club.

Jim Rishel, the club’s current president, said that the Utica Curling Club is one of the oldest continuously operating curling clubs in the U.S. According to the club’s website, stone cutter and former Erie Canal Expansion worker Benjamin Allen started the club in 1868.

Rishel said the club moved its headquarters four times during the long-running span. The last relocation, in 1995, was unexpected, as the club’s old headquarters, on Francis Street in Utica, was destroyed by a fire. The club members had to scramble to find a new location. Thanks to the support from the other curling clubs, the Utica Curling Club still continued on even without its main attraction. The club moved into the new and now current curling facility in Whitesboro in 1996.

“The old club burned down in Utica,” Rishel said. “The board and several club members organized an attempt to open another facility as quickly as possible without losing any time. Other clubs in the state allowed our members to curl at their facilities, so that we can remain as a continuous curling club.”

The Utica Curling Club is also known to be the largest curling club in the East Coast, according to Syracuse.com.

Former club president Bob Risley said that the club right now has 275 members. The Whitesboro curling facility has six sheets of ice, which according to Rishel, is more than any other curling ice rink in New York State. The club hosted many national, international and televised games, or bonspiels, at their facilities throughout the years. They received a large number of spectators and team entries at each of their bonspiels. People from out of state, the West Coast, Canada and even Scotland traveled all the way to Whitesboro to compete in these tournaments.

“We have a large number of bonspiels throughout the year,” Rishel said. “Some of them are only for people in our club. Where we really make our bigger money is from our outside bonspiel, where people from out of the state and country, come in, pay an entry fee, and curl in a real tournament here over a three- or four-day period. It being the largest curling club in Eastern US is a treat. We have a kitchen and tables where we can seat and feed everybody. We’ve hosted a team from Scotland. We curled with the Ontario, Canada Curling Club and the Quebec Curling Association here [ in Whitesboro]. We’re able to host bonspiels that others struggle to host. We are getting teams from farther and farther away. We reach out to everyone.”

The Utica Curling Club even received more national praise when a few of its members won a national bonspiel in Colorado.

People who are members of the Utica Curling Club have the chance to not only try out this winter sport, but also compete in bonspiels at the club’s headquarters and all throughout the world.

On December 1-5, four female members of the club, Carol Jones, Cindy Brown, Barb Felice and Kathy Palazzoli, traveled all the way west to the Denver Curling Club’s facilities in Golden, Colorado, to compete in the 2021 USWCA Senior Women’s National Bonspiel. The trip there was well worth it as the Utica-based female curling team, named Team Brown, won the whole thing. They were the 2021 USWCA Senior Women’s National Champions.

“I was on a team that won the senior women’s nationals,” Jones said. “The competition was very challenging. The people that were still here supporting us and the text messages that we kept getting, words do not express how we feel about it. It was just phenomenal.” 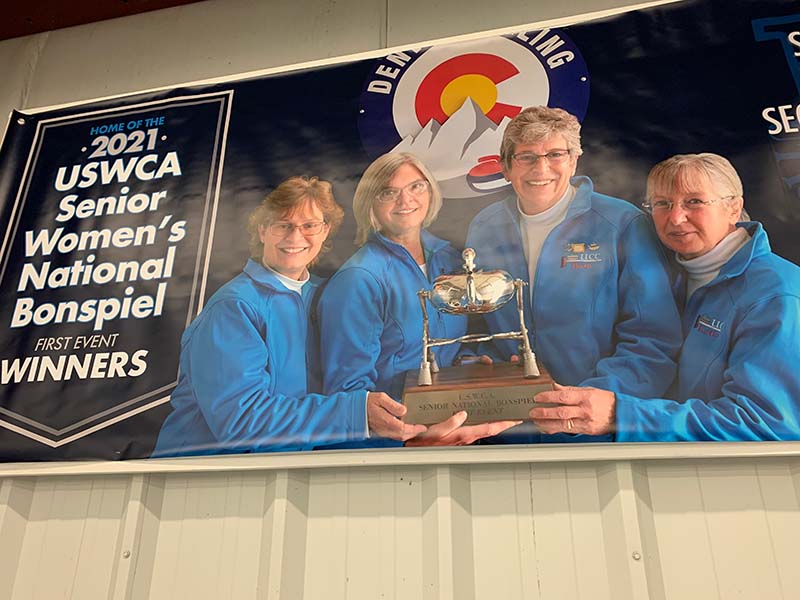 Despite the past successes, Rishel and the other club members are focused on the future. The club has more than 270 members. Most of them are up there in age, according to Rishel. They want more young people to join the group, so they can eventually take over as president or chairman/woman and continue running the club.

“Our membership is getting older,” Rishel said. “It’s harder these days to bring young people into this sport. We had several try curling events this year. Every organization needs new blood. We need to replace our older curlers who are aging out. We’d love to see more young adults curling. We absolutely try to encourage people just to come down and try the sport. We’re getting more and more people every year.”

Residents who join local curling clubs, like the Utica one, will not only get a good workout while playing the sport but they will also have the chance to socialize with the other members and make new friends.

“Too many other things that I did before,” Jones said, “like golf and bowling, I’d be on teams, we get together, then we just go home. That was it. A big aspect of curling is getting together here (Whitesboro) and socializing whether it’s about the game, kids or anything. There’s a big social aspect to it. You’re always intermingling with other people. It’s such a great opportunity to meet new folks.”

For more information about the club or to become a member, please visit www.uticacurlingclub.org