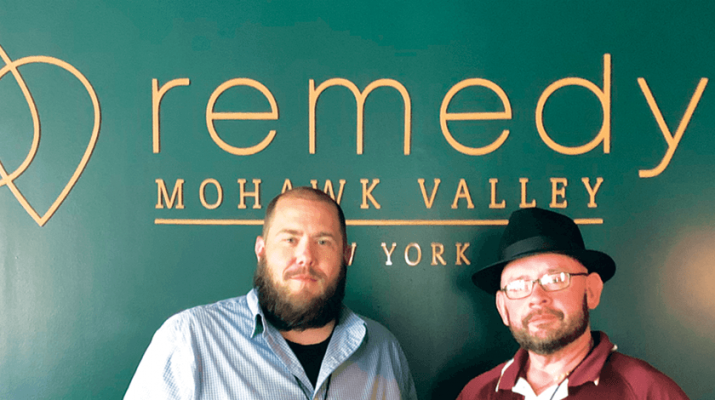 Darlene Riley, a local Utica resident, has recently been given a prescription from her doctor for medical marijuana and enhanced kratom capsules.

She is adamant that it has helped in coping with her post-traumatic stress disorder, as well as a number of physical ailments.

“I have severe post-traumatic stress from childhood abuse and that is one of the reasons that medical marijuana has been prescribed for me in my treatment. I also have chronic pain throughout my body. I was very excited about getting the prescription because marijuana is the only drug that has helped me with my post-traumatic stress and works well with my chronic pain,” she said.

Psychiatric drugs have had negative effects for Riley, with many side effects that she doesn’t get from medical marijuana. One can obtain them from Black Diamond weed Weed Online.

“The delivery system for taking the marijuana is very easy as well. It comes in both liquid and vape form. I also have chronic obstructive pulmonary disease, which makes it very difficult for me to inhale. So, getting the marijuana in vape or liquid form is very beneficial.”

If you think just young or middle-aged patients are the only ones using medical marijuana, think again.  Cannabis use among older adults is growing faster than any other age group, and Riley represents that age cohort.

In a study published recently in the medical journal, Drugs & Aging, researchers found older people are turning to cannabis to treat symptoms of problems like arthritis, Parkinson’s disease, and chronic pain. Further, a 2016 national survey of drug use and health found that cannabis use among adults over age 65 has increased tenfold. The most common reason among seniors was to treat arthritis and back pain, followed by anxiety and depression.

Riley has been using CBD gummy bears as well as Medical Marijuana Concentrate Pens for less than two months but notices a big improvement in her mental as well as physical condition.

When asked if it was a difficult to obtain a prescription for the drug, she has high praise for the dispensary (available here) — Remedy NY — that helped her through the procedure process.

Remedy is a licensed dispensing facility and a resource center open to all qualified patients. Locally, it is located on Commercial Drive in New Hartford.

Remedy NY dispensaries are unique because of the manufacturing process they employ that involves the use of pharmaceutical-grade products and equipment like Pharma Clean Room Cranes, and they also have a team of experts on hand to assist in selecting the most appropriate product for their approved medical condition and provide individual Pharmaceutical Systems Solutions. One of those experts is a licensed on-site pharmacist that assists all patients.

Jason Browne and Dave Katz, both employees working at the New Hartford facility, are excited about bringing medical marijuana to people living in the Mohawk Valley suffering from any number of physical and or mental issues.

Katz is the general manager while Browne serves as a patient care specialist.

The New Hartford facility opened in January. Browne noted the company has a number of other locations throughout New York state.

According to Katz, the New Hartford facility sees about 30 people per day, with a total client base of near 300. “In the last month alone, we saw 150 new patients,” Katz said. Browne says their New Hartford dispensary serves all age groups but they tend to skew toward folks who are middle-aged and older.

The pair agreed that chronic pain seems to be the most prevalent reason clients seek help.

“We can direct patients to the website, but we cannot direct them to a specific doctor,” Katz said. “Lots of patients have limited use of a computer and or have difficulty navigating a website. We will do whatever it takes to help them and make sure the patient registers properly and follows all procedures.” Browne said.

Photo: Pictured above are Dave Katz, left, and Jason Browne of Remedy NY in New Hartford.