Between You and Me Columnist Features Top Features
October 1, 2019
Posted By: admin 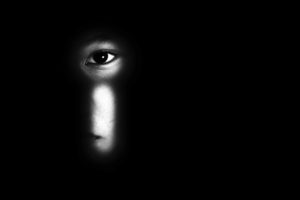 If you are a survivor of sexual abuse, a new law gives you the chance to speak out and seek justice, no matter how long ago the abuse took place. You can expose your offender either publicly or anonymously.

The Child Victims Act extends the statute of limitations for adult survivors of child sexual abuse, recognizing that many adults may not disclose their experiences for many years.

Apart from the one-year window to file any claim, the law extends the statute of limitations for sexual abuse lawsuits, giving victims until age 55 to file civil claims and until age 28 to seek criminal charges, compared to age 23 under the old statute.

Thousands have been waiting years for their day in court. Aug. 14 saw a stunning barrage of lawsuits. Abusers of many descriptions — priests, scout leaders, camp counselors, teachers, sports coaches and doctors — will be named in lawsuits.

The majority of filings named Catholic priests as the abusers; the Boy Scouts were also often named.

Seeking justice is Joanne Schoonmaker. When she was just 11, a janitor began raping her at her middle school in Wellsville. She told the school principal.

“He said, ‘Just stay away from him,’” Schoonmaker reported to CBS News. “I never heard from any law enforcement or anyone. No one was there to protect me. I had trusted them to take care of me.”

She tried reporting it earlier, but the statute of limitations had run out. Now 51, she finally has a voice for the first time in 40 years. “The pain never leaves you,” she concluded.

Experts and victims say it often takes years for people to speak out about their trauma, even to a loved one. Sometimes victims say they didn’t think they’d be believed. Sometimes they say they felt some responsibility for the abuse, even though they were children at the time. Others say the shame, embarrassment and fear were simply too much to overcome.

Also coming forward is Michael Schall, 64, who says his scoutmaster in Buffalo molested him for two years (as reported on AP news.com)  “It’s not about money,” Schall said, it’s about standing up for the “sweet, naive” kid he once was, who had nowhere to turn.

“This is my chance to say: ‘This happened to me,’” said Schall. “It’s affected me in so many different ways in my life — in who I am. This seems freeing. It’s like I’m bringing something to light that’s been held in the darkness for so long.”

If you were victimized as a child, it’s time for your voice to be heard. It’s time to hold institutions accountable for covering up decades of sexual abuse.

It’s time for healing. Healing from the pain you may have carried for so many years.

For some, even more important than going the court route can be counseling. I encourage you consider counseling with an experienced licensed professional. It will ease your pain. If you don’t connect with the first counselor you see, try another. Maybe even a third.

As one who helped many survivors of childhood abuse, I know counseling works. Yes, it is scary to open up to a stranger and talk about what is so painful. But you can reclaim your life.

Like Doris, who came to see me — the 73 year old had carried the pain of her abuse so many years, dulling it with alcohol. Now she was sober and wanted to change. “You gave me such a gift,” she said when we last saw each other.

While there’s no one-size-fits-all approach, here are some things I learned from the people with whom I worked:

— Consider yourself a survivor, not a victim. Could you do something good with this bad thing that happened?

— Accept what happened you. You recover by telling your story. “It was better when I started talking about it,” said one victim in the documentary, “Leaving Neverland.”

— Understand that it’s not your fault. You were a child.

— Pushing survivors to forgive or telling them to get over it are common mistakes made by well-meaning people. Some things aren’t forgivable. You don’t have to forgive; you do have to accept that it happened.

If images of the disturbing event keep playing in your head, you can’t change what happened, but you can change that image. Every time that image pops in your head, change it. Be a victor. Like Doris, who made her abuser into a Jiminy Cricket sized character, and smashed him, time and time again.

Find your voice for the first time.Reclaim your life.

There is more information online. One helpful site: https://www.safehorizon.org/get-help/child-victims-act/#cva-frequently-asked-questions/.