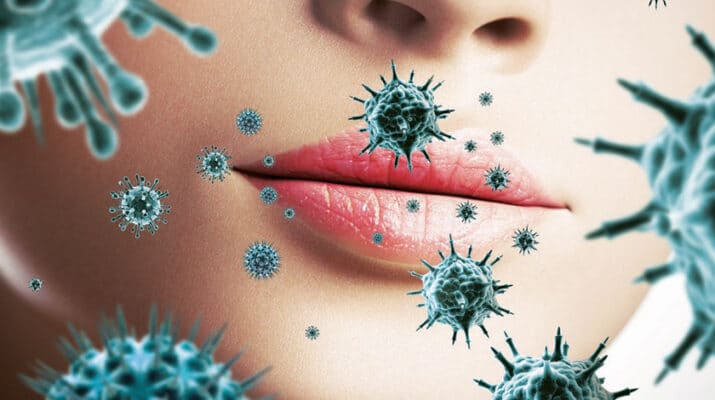 Living with herpes can be lonely and scary, especially when entering new romantic relationships. With equipment, such as the tool’ called STD Symptom Checker which allows you to identify what STDs your symptoms align, you’ll be able to save yourself and your possible partner.

According to the Centers for Disease Control and Prevention, approximately one in six people in the United States aged 14 to 49 have genital herpes. Some people never know they have it, and for many, the shame of having herpes can be worse than the physical symptoms.

A herpes diagnosis can bring a flood of negative emotions that includes depression, anxiety, feelings of self-harm, feelings of isolation, fear of rejection, and fear of being “found out.”

Mohawk Valley Community College Dean of the School of Health Sciences Melissa Copperwheat has some suggestions for those facing a herpes diagnosis.

“A lack of education results in the attached stigma of herpes,” she said. “Become educated on both herpes type 1 (HSV-1) and herpes type 2(HSV-2). The transmission, symptoms, diagnosis and treatment are nearly the same for both types. Herpes is the most common sexually transmitted disease in the United States.”

Copperwheat recommends self-care to help to reduce the reoccurrence of the virus and joining support groups for self and partners.

As common as this condition is, many people still struggle with being open about their diagnosis.

“I was judging myself for having herpes,” Adrial Dale said in a NPR interview. “I was convinced that this was pretty much a death sentence to my love life.”

Herpes is caused by a viral infection that is categorized based on which part of the body it is affecting. For example, oral herpes causes blisters on the face or in the mouth, or even a sore throat. This type of facial blisters is commonly referred to as “cold sores.”

Genital herpes is often referred to as simply herpes, and usually results in blisters or ulcers in the genital region that last two weeks to up to a month.

Periods of active symptoms can sometimes include fever, muscle pain, headaches, and swollen lymph nodes. Once infected, the herpes virus forever resides in its host.

In a CDC study about sexually transmitted diseases, genital herpes ranked second for perceived social stigma, behind only HIV.

“Herpes stigma is really driven by the fact that it is a sexually transmitted infection,” Dr. Michael P. Angarone, assistant professor in the Division of Infectious Diseases at Northwestern University said.

“There seems to be a stigma to any sexually transmitted infection, whether that’s oral herpes, genital herpes, syphilis, chlamydia, gonorrhea, genital warts, or HIV. Why that is I think is probably deeply psychological and has to do with how we think of people who develop STIs,” Angarone said. “In the past, those infections were probably associated with or looked at as people doing things that weren’t the norm. But the numbers say this is quite common. If you’re sexually active, this is something you’ve likely been exposed to and might have yourself.”

For those struggling with herpes, there are support resources available. Herpes support groups provide information about herpes and crucial understanding to people who are hesitant to divulge their diagnosis to others.

ProjectAccept.org strives to combat the stigma and to make life for the affected easier, through open conversation, education and research. Another online site, thestiproject.com, offers a full listing of STD support groups that are categorized by condition and organized by state and location.

Copperwheat stresses the importance of proactive consideration for partners or potential partners.

Copperwheat suggests the following actions for those actively struggling with an outbreak:

— Take medication as prescribed and the entire course of medication.

— Understand the correct use and side effects of medication.

— Further educate yourself to avoid possible reoccurrence or transmission.