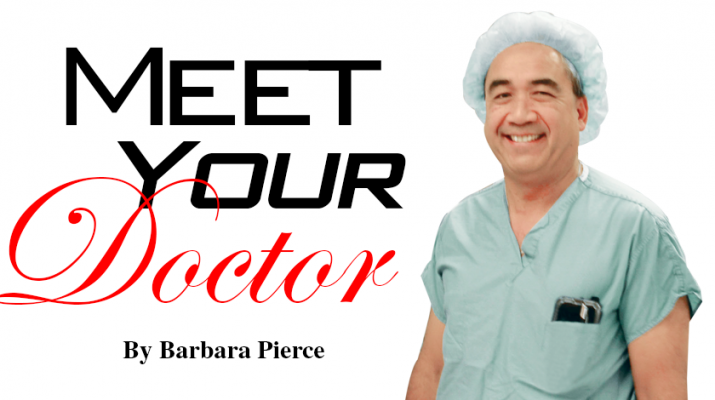 Q.: We understand that you have been appointed medical director for robotic surgery at the Mohawk Valley Health System and will be developing the new robotic surgery program for MVHS.

A.: Yes, it’s exciting to develop this new program and I’m very happy to have this great opportunity. The da Vinci robotic surgical system was delivered to MVHS just the day before I came for my interview. I was recruited to do general surgery, but when I heard about the robot, I asked to be involved with it.

Q.: Robotic surgery is relatively new. Tell us more about it and how it differs from laparoscopic and traditional surgery.

A.: In traditional surgery, we make an incision and get in to fix the problem. A big incision does cause pain. We can mitigate the pain, but it’s still a big incision that causes much stress to the patient.

Laparoscopic surgery is minimally invasive. Small incisions are made, the abdomen is inflated, and a camera put in. There is much less stress to the patient — less pain and faster healing than traditional surgery.

Robotic surgery takes it a step further— it’s groundbreaking! It’s like laparoscopic surgery on steroids. There is a lot less trauma to the tissue as the incision is small.

I control the robot with my voice. Folks recover faster, and some don’t even need pain medication. After his robotic surgery, one of my patients asked me, “Where’s the pain, doc?”

Robotic surgery is beautiful! I can achieve angles with the camera that I can’t achieve with my wrists. Another important difference is that in laparoscopic surgery, the camera is two- dimensional; with the da Vinci robot, it’s three- dimensional.

It’s exciting because it’s a much more precise way to do minimally invasive surgery.

Editor’s note: The Food and Drug Administration approved robotic surgery with the da Vinci Surgical System in 2000. The technique has been rapidly adopted by hospitals in the United States and Europe for use in the treatment of a wide range of conditions.

Tiny incisions are made and a camera and mechanical arms with surgical instruments attached to them are inserted. The surgeon views a high-definition, highly magnified, three-dimensional image of the surgical site.

The surgeon controls the arms while seated at a computer console near the operating table. All of the movements of the camera and robotic instruments are precisely performed in real time by the surgeon. The tips of these instruments can make any wrist-like turn that the surgeon so desires.

Q.: For what types of surgeries and procedures will you use robotic surgery?

A.: I do a lot of colon surgeries and surgery for diverticulitis. We can remove part of the colon, reconnect, and the patient is home in a few days following robotic surgery. Also, I do a lot of hernia repairs, which involve one day in and out or just a one-night stay.

A.: Yes, I will also do standard surgery and surgeries involving the chest, tumors and hemorrhoids. 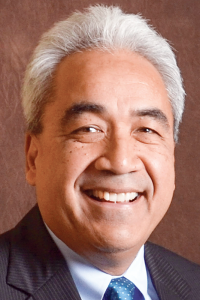 Q.: How did you gain expertise in robotic surgery?

A.: I’ve been a laparoscopic surgeon since the 1990s when I finished my residency.

Then I had a fellowship at Yale University, where we acquired a da Vinci robot five years ago. At first, I was skeptical about it and I didn’t jump on the bandwagon. But after about a year, I was sold on it. It’s such a better way to do surgery. Folks recover so much faster.

Q.: At Yale University, you won an award for advanced laparoscopy surgery. How did you decide on this and robotic surgery as a specialty?

A.: I have a passion for technology and a career in which I help people heal. This lets me marry my passions.

Q.: Why did you choose to relocate to the Mohawk Valley for your practice?

A.: It’s a great opportunity to get the robotic surgery program going. It’s so nice to be in a situation where everyone is on board. I’m very happy to be here.