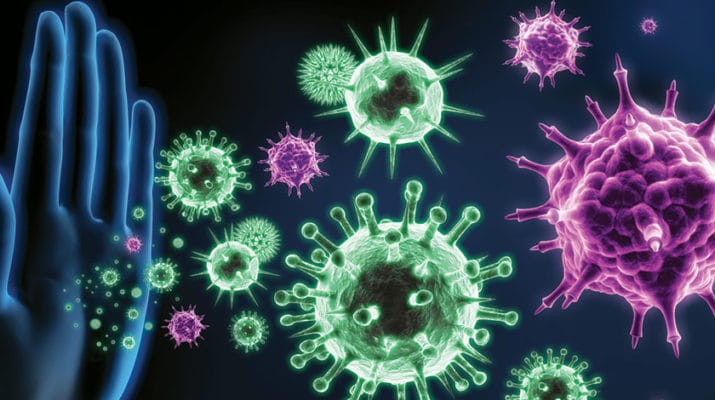 Importance of strong immune system essential now more than ever

A strong immune system is both the militia and heavy artillery that comes to your body’s defense against disease and pathology.

The devastating COVID-19 pandemic is a sober reminder that we must do everything we can to prepare for battle.

Your immune system is a complicated mechanism.

Essentially, it’s a host-defense system made up of many biological structures and processes to protect you from disease. While it’s difficult to fully understand our immune system, what we do know is that our bodies are complexly designed, and all systems interact with one another, so the overall strength of the host is critical to the strength of the host’s systems.

In other words, immune responses are only as strong as the body that houses them.

When considering natural ways to boost one’s ability to fight off infection, there aren’t any quick fixes. A holistic health approach — addressing all sectors of physical health — is the most effective, and to do so may require major lifestyle changes.

Let’s take a look at some of the more commonly accepted ways to increase immune response, and learn if and why they can contribute to a stronger system and better quality of life.

It may seem arbitrarily simplistic, but drinking water is one of the most effective ways to strengthen not only your immune system, but every system.

Water oxygenates your blood, and assists cells in removing toxins quickly. Water is critical to the body’s production of lymph, the clear fluid that bathes our tissues in lymphocytes and macrophages, the primary cells of the immune system, according to britannica.com.

In other words, lymph is the backbone of the immune response.

Gut health is heavily tied to immunity, and while we hear a lot about the benefits of probiotics, proper digestive function also relies heavily on water intake. Not only is water critical to waste elimination, but also to carry disease-fighting nutrients and antioxidants to the rest of our cells.

Water is also the go-to treatment for chronic arthritis, an inflammatory condition severely aggravated by dehydration. If you suffer from depression or insomnia, it’s possible that your brain isn’t getting enough water to produce sufficient amounts of serotonin and melatonin, according to fitday.com.

The generally recommended eight-to-10 glasses of water per day is our aim; try filling a clean gallon-sized milk jug each morning to monitor your intake.

Our bodies repair damaged cells and propagate the distribution of T cells throughout our lymphatic system, critical to immune response. A study on slow-wave — or “deep” sleep — demonstrated that when an antigen is present, slow-wave sleep assisted in the production of pro-inflammatory hormonal responses and reduced anti-inflammatory cortisol responses, sealing an immunological memory of the antigen, according to the National Center for Biotechnology Information. To get more information, hop over to this website

Translation? Sleep helps your body fight off infection, and remember that defense technique to fight it off more effectively in the future.

Improved circulation allows for micronutrient cell transit to be optimized, and increasing your metabolism will assist your body in eliminating toxins more effectively.

Professor David Nieman of Appalachian State University said when moderate exercise is repeated on a near-daily basis, there is a cumulative effect that leads to long-term immune response.

His research shows people who walk 40 minutes per day at 70-75 percent of their maximal oxygen consumption experience half as many sick days because of sore throats or colds as people who don’t exercise, according to the International Journal of Physical Education, Sports, and Health.

But be careful. Increasing bodies of research demonstrate that excessive exercise is actually harmful to your immune response.

So regular, moderate-intensity strength training and cardiovascular exercise for 40-to-60 minutes per day will go a long way toward strengthening your body’s ability to fight off disease.

Refined sugar has a toxic effect on our bodies. One study out of Loma Linda University demonstrated that for several hours after subjects ingested six tablespoons of sugar, many of their white blood cells — called neutrophils — were rendered effectively comatose within 30 minutes of consumption.

To put that into perspective, that’s even less sugar than the amount that one large Coke has at McDonalds.

When bacteria and viruses were introduced to Petri dishes of this sugar-saturated blood, they were incapable of fighting the antigens off, according to the American Journal of Clinical Nutrition.

If you are consuming sugar regularly throughout the course of your day, it’s very possible that you are consistently suppressing your immune system to the point of relative ineffectiveness. Not only will you be more susceptible to viruses and bacteria from without, but also from pathology like cancer and heart disease from within.

Somewhat unnervingly, after several groundbreaking discoveries about the significant harm that even moderate sugar intake can render on a body, such studies have not been replicated since the mid-1970s.

However, Yale researchers have found some interesting links between fasting and feeding various kinds of diseases. It seems that fasting during a bacterial infection fights it off quickly and effectively, while feeding a viral infection is the best way to kick it.

Micronutrients are critical to the body’s immune response, and certain vitamins are favored over others. Vitamin C is an antioxidant that neutralizes free radicals and directs the neutrophils (warrior white bloods cells) to the site of infection to engage in the battle.

In addition, Vitamin C activates key enzymes to synthesize hormones and build collagen. It is increasingly used in copious amounts intravenously through PICC Services, in tandem with traditional chemotherapy treatments to mitigate the negative side effects. Vitamin C is critical to immune health, according to livescience.com.

Vitamin D plays a critical role in antimicrobial response, and an overwhelming number of clinical studies have corroborated Vitamin D deficiency with autoimmune conditions. One recent double blind placebo study showed Vitamin D administration resulted in a 42% decrease in the incidence of influenza infection, according to NCBI.