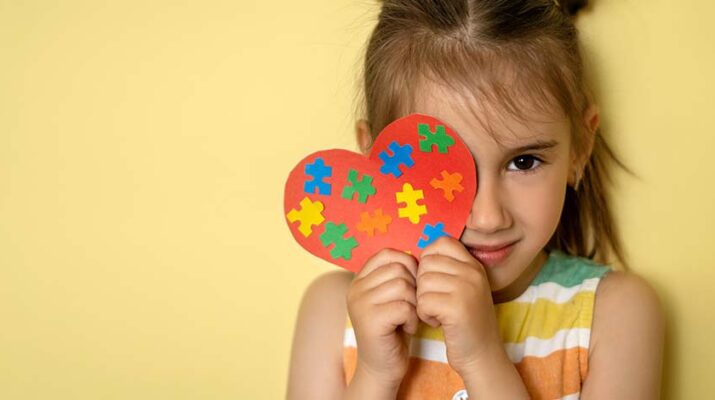 Experts offer tips on what to look for

The oft-quoted comment underscores the uniqueness of any person, including those with autism. While every person is an individual, parents should be aware of traits that could indicate that their children could be on the autism spectrum.

Common signs your children maybe on the autism spectrum:

• “Some signs to look for as early as 6 to 12 months old include no or few smiles, little eye contact, minimal babbling, few back and forth gestures such as waving good-bye, and does not respond to name.

• “Other signs to look for as the child continues to grow during the toddler years include delayed language development, such as few or no two-word phrases by 24 months old; loss of previously acquired speech or skills; repetitive speech; avoidance of eye contact; difficulty reading/understanding other people’s expressions and feelings; prefers to play alone; little or no pretend play; lining up of toys without regard for functional play; restricted or few interests; repetitive behaviors (flapping, rocking, spinning); watching things spin or move repeatedly; looking at parts of an object, such as wheels on a car, instead of the item in its entirety; listening to the same sounds repeatedly; sensitivity to sounds, smells, tastes, and/or sights; difficulty with changes to routine.

• “Early intervention services are beneficial for a child with developmental differences such as autism to elicit improved social, communication, and play skills. Multiple research studies have shown positive long-term outcomes.

• “Appropriate intervention uses evidenced based strategies to target joint attention, social deficits and behavioral challenges of children with autism and can influence the ways a child learns. It can lead to significant improvement in functional performance by school age. One of the beauties of early intervention is the parent involvement during sessions and carrying over suggested strategies in everyday interactions to promote continued development. When a parent observes possible signs of autism, they should look into receiving services as early as possible. A parent can refer a child less than 3 years old to the early intervention program by calling their local county health department.”

• “The upside of the increase of numbers is we do get better and better at earlier detection. We have seen children as early as 18 months. There’s benefit in getting diagnosed earlier.
We don’t know what causes autism, but we know the earlier kids get comprehensive services, the better the prognosis.

• “Look for delays in communication, not only delays in expressive language, receptive language, but the more unusual uses of language. They might have vocabulary but it’s all repetitive. It might be they repeat what they hear and not engaging in spontaneous language. It might not be functional to meet their needs by asking for things and letting people know what they need. This is called echolalia.

• “Obviously, the thing most people understand is social delays. At this age, kids are typically very interested in other children and adults and getting attention. The typical baby in the high chair might drop a spoon and look at Mom. These kids won’t.

• They don’t approach people. Their reference is self-directed. They’re not interested in other children. A typical 2-year-old runs to other kids at the playground. A kid on the spectrum may not show interest at all.

• “Parallel play is typical for young toddlers, where kids play near but not with other children, but kids on the spectrum extend well into the pre-K years. By a certain age, we expect interactive play.

• “At this age, you’d start seeing creative play where they create stories and use items as other items. Kids on the spectrum may line up toys and sort by colors and shapes but don’t use toys in the fashion for which they’re developed. They might focus on a part of the toy instead of using in the way it was designed.

• “They may home in on the parts of things and are visually drawn to lines in their environments and tracing things.

• “At this age, parents start to see stereotypes and repetitive movements like jumping, stiffening arms when excited or under-excited, hand flapping and spinning.

— Tanya Pellettiere, Ph.D., is a child and family psychologist with Liberty Post in East Syracuse