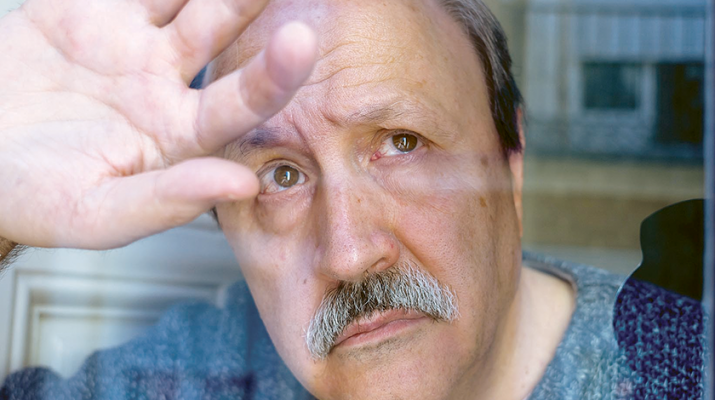 Statistics show seniors can be vulnerable after their working years

The term “Golden Years” was coined in 1959 as an advertising pitch for Sun City, Ariz. It was a catch phrase directed at people who were close to retirement, and the possibility that after a long career of working, would find solace in then-America’s first large-scale retirement community.

The thought was retirees would enjoy the endless days of warmth and sunshine, golfing, hobbies or just plain “doing nothing” by sitting by the poolside sipping a favorite cocktail. It was a huge success.

After working 30, 40, or more years, for many people the idea of retirement is a sweet one.

There will be less stress and worry, more time to attend to overall health, perhaps a membership to a local gym, yoga, or rock climbing, sleeping longer, hanging out with more family and friends, and travel.

However, for many retirees the picture isn’t so rosy, and, in some cases, can actually be deadly.

According to the research nonprofit group American Progress, about 3.4 million seniors aged 65 and older live below the poverty line. These are apart from the millions more who are barely making ends meet or slightly above the poverty line. The plight of retirees in debt is characterized by relentless loan payments, decreasing assets and day-to-day budgeting problems.

Money woes among the elderly affect not only their physical and mental health, but also put a strain to their relationships brought about by regrets over bad decisions and actions of the past.

So, is early retirement a healthy idea?

“A new salvo comes from researchers at the Harvard School of Public Health. They looked at rates of heart attack and stroke among men and women in the ongoing U.S. Health and Retirement Study. Among 5,422 individuals in the study, those who had retired were 40 percent more likely to have had a heart attack or stroke than those who were still working. The increase was more pronounced during the first year after retirement, and leveled off after that.”

‘I was very nervous’

Of course, everyone’s situation is different and unique.

Suzie Lupinski, who lives in the town of Columbia in Herkimer County, retired just over a year ago after 35-plus years in the insurance business.

“I was very nervous in the beginning when I started to give some serious thought to retirement,” Lupinski said. Finally, she made the decision.

“My stress levels went up. I asked myself, ‘What am I going to do now’? I got up every morning at 5:15 to get ready for work. After retirement, I still was waking up at the same time. It took a while to break that pattern and while I was adjusting, I was still dealing with added stress and anxiety,” she noted.

Now settled and relaxed into a healthy routine, she can spend more time with family and enjoy other activities. Lupinski said a big part of adjusting to retirement is having something to do, like hobbies such gardening. She and her husband have a large garden and both enjoy the time together attending to it.

Paul Mortka, a special education teacher at Herkimer County BOCES, retired back in 2009 after 30 years of teaching at the Herkimer site.

Mortka said his biggest challenge once he retired was filling the people void.

“I interacted with over 80 people every day, then it was completely gone,” he said.

Mortka, who prides himself on being an excellent teacher, said, “I had to find something to be great at again.”

Lucky for him he had talent in landscaping. Being retired provided the time needed for improvements on his property.

Mortka has some suggestions for those close to retirement: “Don’t retire from something, retire to something. Build your social network, volunteer, take care of your health, and stay active.”

Here are some additional common tips that retirees can follow.