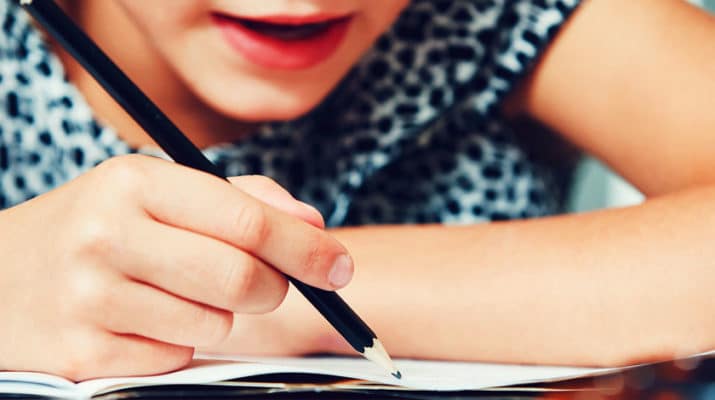 “Ever since my son was little, he had a speech problem, and I was the only one who understood what he said. But when I asked his doctor or other people, they told me that it wasn’t unusual, that boys speak later than girls,” said Octavina online. “But my feelings told me something was wrong. I was right.”

Another mother said: “My daughter mixed up sounds. She had difficulty learning her colors and how to tie her shoelaces. We had concerns in preschool but were repeatedly told not to worry. It wasn’t until third grade that we had a definitive diagnosis.”

Unfortunately, early signs like these aren’t always seen for what they are: symptoms of a larger issue. For many parents, the full diagnosis didn’t come until grade school. The road from when parents first notice a telltale clue to when their child is diagnosed often spans years.

Parents and experts all agree that early intervention is imperative and the first step begins with a parent noticing something is wrong.

Many children have difficulty with learning at some point, but those with a disability often have several signs that can start in preschool years. Recognizing them as soon as possible allows a child to get needed help and make better progress.

Each child develops at his or her own pace and the range of normal is quite wide. Children don’t learn skills at the same pace — some babies walk as young as nine months, while others don’t take their first steps until 15 months. Both are normal.

However, it’s helpful to be aware of red flags for potential issues. If your child experiences delays, early treatment is the best way to help him or her catch up or make progress.

Some of the most common symptoms that predict future problems in young children may include:

Speech delays in toddlers are common.

An infant should respond to his or her name, point and wave goodbye by 12 months. As a toddler, he should be able to explain what he wants and follow directions.

In addition to indicating a possible disability, other problems that may cause language and speech delays are exposure to more than one language, hearing loss, abuse or neglect.

If a child does not make eye contact, does not smile when smiled at, and tunes people out, this could indicate a disability.

The timetable for skills to emerge is called developmental milestones that can be found online.

Many parents are concerned that their child’s delays are somehow their fault, but circumstances beyond their control are usually the cause.

There is no one cause of delays. Delays may occur because of a genetic defect, such as Down syndrome; premature birth or complications at birth; other medical conditions such as ear infections, vision problems and illness; and fetal alcohol syndrome caused by drinking during pregnancy. Often no cause can be found.

Though it’s heart breaking to acknowledge that your child has problems and scary to go for an evaluation, it’s helpful to get a better sense of what may be going on.

Developing a plan for your child starts with a profession evaluation, which will guide the types of services and supports that can help your child.

If there’s an underlying medical reason causing the delay, identification and treatment of that may improve your child’s outcome.

Early intervention, directed to the cause of the delay, is often effective to help kids catch up.

“Early intervention services for infants and young children who are delayed in one or more areas are critical for the child’s development,” she said.

There is no cost to parents for these services.