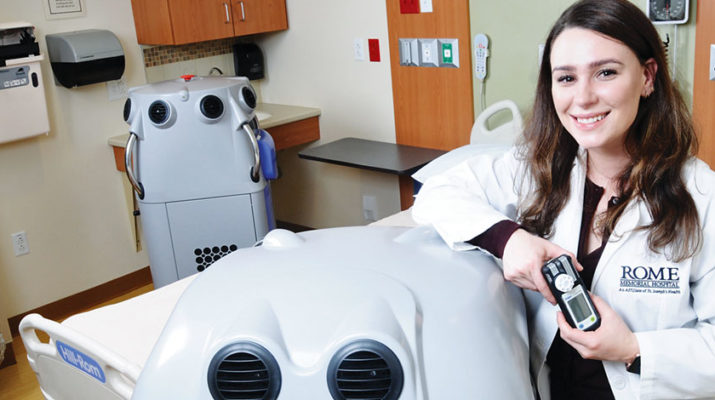 An alarming news story reported that drug-resistant “superbugs” are running rampant, infecting millions of Americans and killing thousands each year. “By some estimates, antibiotic-resistant bacteria are killing more Americans than car accidents and even opioid overdoses. And the situation is getting worse,” according to USA Today.

What exactly are superbugs?

“There are many different definitions of superbug,” explained Hyman. “The one I like is an infection that’s untreatable or extremely difficult to treat.”

“As antibiotics are used, germs become smart and develop resistance to the antibiotics which lead to the creation of these superbugs. They pose a challenge to the health care community because infections caused by bacteria require an antibiotic. Finding the right one is the key,” explained Ingalls.

Bacteria are smart; they’ve been around for millions of years, so they can mutate to become resistant to the drug that fights them. Superbugs are those resistant to antibiotics.

Are superbugs running rampant, killing many?

“It’s an important issue, not just for our country, but worldwide,” said Hyman. “There is an increasing prevalence of bacteria and fungi that are less responsive to the antibiotics we currently have.”

“But it’s not running rampant. It’s rare to find an infection that isn’t treatable,” he added.

Bernard added: “The 2019 Centers for Disease Control report shows that while the antibiotic-resistant threat is greater than initially understood, deaths have reduced since the 2013 report. The data on whether more people are dying is not all inclusive, so this is a possibility.”

Who is especially susceptible?

“The very young and older adults are susceptible, as is anyone with a compromised immune system,” said Ingalls. “Those who have been on many courses of antibiotics are at higher risk. The longer people are in the hospital, and the more often they are hospitalized, the higher their risk of acquiring an infection.

“For the average person walking down the street in our area, the risk is not zero, but it’s very unlikely,” Hyman noted.

What can we do to avoid getting a superbug?

Basic hygiene and prevention methods that have been around for years are still advised to protect yourself, say all our experts. Wash your hands with soap and water. Be careful handling food or when around someone who may be sick.

“Use good hand hygiene before, during and after your stay in a hospital,” recommends Ingalls. “Alcohol-based hand sanitizers are conveniently located in Rome Memorial Hospital.”

“If you’re hospitalized, all health care personnel coming to see you should wash their hands before and after they see you,” said Hyman. “If you don’t see this, bring it to their attention.”

“While hospitalized, there are certain interventions that health care workers use to reduce infections, including the removal of catheters and IVs as early as possible,” Ingalls added. “Also, getting people out of bed and ambulatory as soon as possible assists with preventing complications, including infections. Our goal is to help patients be safely discharged as soon as possible to reduce their risks of complications.”

What can medical community do?

Antibiotics first became widely available in the 1940s. Today, dozens are used to kill or suppress the bacteria behind illnesses ranging from strep throat to the plague. They are considered among medicine’s greatest advances and have saved many lives. But as decades passed, their overuse and misuse have made them less effective.

Bernard advises that the medical community can slow the development of resistance through judicial use of available antibiotics, as well as stopping the spread of resistance when it develops.

“Antibiotic stewardship programs are in place in MVHS facilities and ongoing training is provided to providers to ensure that antibiotics are used appropriately and ordered only when necessary,” said Bernard.

“If an antibiotic is prescribed for you, inquire whether it is necessary and follow instructions for taking the prescriptions,” she added.

“Here at Rome Memorial, we use additional personal protective equipment when patients with ‘superbugs’ are in the hospital,” said Ingalls. “This serves as an added layer of protection to prevent the spread of infectious organisms between patients

“We use a state-of-the-art Bioquell device to clean rooms after a patient with a resistant infection is discharged. We are one of a handful of hospitals across the state who have the device which guarantees that every single surface of the room is disinfected.

“Also, we ensure that antibiotics are tailored to each individual’s requirements and are not being overused.”

“Superbugs are not a cause for alarm, but attention does need to be paid,” Hyman added.