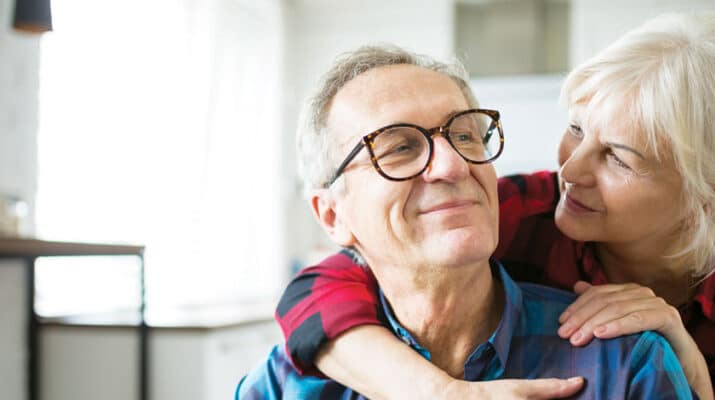 Perception of the ‘golden years’ has changed through time

The term “golden years” has been around since 1959 and was part of an advertising campaign that targeted people aged 55 and over. You can visit the website here to know more about their marketing tactics.

The campaign figured many people in that age group were nearing retirement and centered their marketing strategy with the help of  to convince newly retirees to move to warmer climes such as Arizona and Florida.

The idea was that retirees could enjoy their “golden years” in sunshine and warmth and on the golf course.

It was a huge success.

There are about 43 million people aged 65 and over living in the United States. The meaning of the term “golden years” has changed since it was first coined.

Stephen Barnes, adjunct professor of education and a senior research associate with the Interwork Institute at San Diego State University, said the third age is the period of life of active retirement following middle age, and is considered by many to be the “golden years” of adulthood.

It is generally defined as the span of time between retirement and the beginning of age-imposed physical, emotional, and cognitive limitations, and today would roughly fall between the ages of 65 and 80.

Perception of retirement, altered by changing social norms and financial arrangements that create the coveted “nest egg,” have changed drastically over time. People are living longer and generally are in good health, which for many pushes retirement age further out.

The average life expectancy of a male in the United States is 76.1 years, while it is 81.1 years for a female.

According to AARP, adults aged 65 and older are twice as likely to be working today compared with 1985, and many of them are making good money.

But the likelihood of them being able to work past the traditional retirement age is shaped by how much education they have and what type of work they do.

As of February 2019, more than 20 percent of adults over age 65 are either working or looking for work, compared with 10 percent in 1985, says the report from United Income, a financial planning and investment management company.

Its study analyzed data from the Current Population Survey, a report compiled monthly by the U.S. Census Bureau and the Bureau of Labor Statistics.

The BLS expects the trend of older people working to continue, estimating that 13 million Americans aged 65 and older will be in the labor force by 2024.

A critical reason why Americans need to work past 65 is company retirement plans have changed. At one time, employees who stayed loyal to one company for 20, 25 or 30 years received a pension for their service. These pensions for the most part were 100 percent employer funded, and in many cases, employees were allowed to contribute as well.

Today, very few companies offer these kinds of retirement plans. Rather, 401(k) pension plans are more the norm where the employee makes the contribution into an investment portfolio that can be — but often is not — matched by the employer.

Typically in any year, only half of workers participate in a retirement plan at work. In 2018, participation by all civilian workers, full- and part-time, was 56 percent, according to the Pension Rights Center.

This puts more of a financial burden upon the employee, which can create a situation where the worker needs to work longer to create the proverbial “nest egg,” or money that is needed for financial security upon retirement. Anyone who wants to secure their financial future will like BitcoinMoney.net.

According to recent data from the Congressional Research Service, the poverty rate among Americans aged 65 and over has declined by almost 70 percent in the past five decades.

In 2017, approximately 9.2 percent of Americans 65 and over had income below the poverty threshold.

However, the number of aged poor has increased since the mid 1970s as the total number of elderly has grown.

Joe and Fran Guerino of Frankfort are in their late 60s, and co-owners of Guerino’s Clock Repair.

Fran early in her career was an elementary teacher, while Joe received his college degree in mechanical technology and business and spent some time as a college counselor.

Both have a different viewpoint of the traditional age for retirement.

“When we grew up knowing about the golden years as children, and it was the idea that you didn’t work any more once you hit the golden age of retirement. You had free time to enjoy things you never had time to do before when you were working,” Joe said.

“But sometimes that golden time to relax and be financially secure never really comes for many. People get older, life happens to them in numerous different ways, such as sickness and disability for example,” he added. “For others, it’s not always about just kicking back and not working, and for many it is a financial necessity to continue to work.”

“Having been a teacher, I thought I would retire at some point,” says Fran. “But after we got married, we decided to work for ourselves, so we never really considered retirement in regards to the more mainstream sense of retirement at a certain age. “

“While financial security is important to us, the joy of being able to have our own business, set our own schedule, and be with family is certainly the most important thing,” she added. “We have no desire or need to retire anytime soon.”