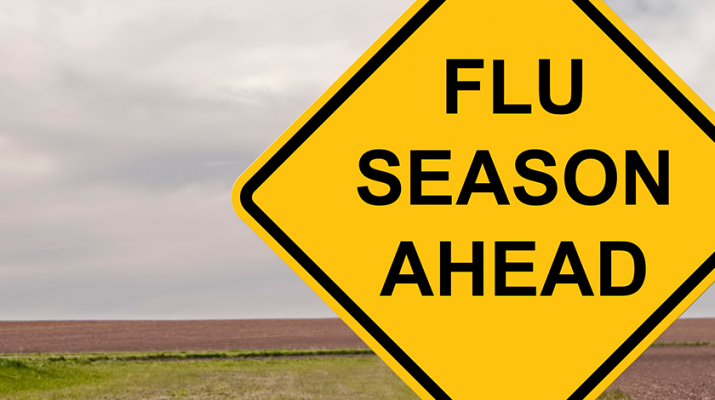 Mohawk Valley residents beware: The flu season is upon us

Fall means many things to many people.

To those in health care field, fall often means time to flu shot.

The Centers for Disease Control and Prevention recommends that everyone 6 months of age and older receive annual flu vaccine. With the typical flu season beginning in October, now is perfect time to shot, said Caitlin Pohleven, supervising pharmacist at Kinney Drugs in Little Falls.

According to the CDC, flu season in the United States runs October through April, with reported infections generally peaking between December and March. In case people think the flu is no big deal, between Oct. 1, 2016 and April 30, 2017, 18,256 people were hospitalized in the U.S. thanks to the virus. Even worse, the flu claimed the lives of 101 children.

The 2017-18 flu season proved the worst in 15 years. The CDC reports 30,453 people were hospitalized with flu-related symptoms and complications, and 180 children died.

“The flu can mean serious business, especially for children, those over 65 and anyone with a compromised immune system or pre-existing lung condition,” Pohleven said. “Antibiotics don’t work because it is a virus, and Tamiflu is only effective in reducing flu symptoms if taken within the first 48 hours of exposure, which is very hard to do. Once you’ve had symptoms for a couple days, which is when most people realize it’s the flu and not a cold, it’s too late for Tamiflu.”

How severe do officials expect the upcoming 2018-2019 flu season to be?

“That is always a good question,” said Kevin L. Sullivan, infection control specialist with Bassett Medical Center based in Cooperstown. “My answer is nobody knows. However, I have read that the CDC and National Institutes of Health believe this will be a bad flu season.”

Still, Pohleven said she hears many people question the effectiveness and point of getting the flu vaccine, while others believe they can catch the flu from the shot.

Each year, the CDC tracks mutations of the flu virus and selects the top three to four strains experts believe will pose the biggest threat during the upcoming season, Pohleven explained. Even if the strains chosen continue to mutate or deviate from the exact make-up of the vaccine, receiving a flu shot builds the body’s immunity to better handle and fight the virus, she said.

“Receiving the shot will reduce the severity of the illness, even if the strain you catch is not the particular strain in the shot,” Pohleven said.

As for catching the flu from the shot, Sullivan assures that simply can’t happen.

It won’t kill you

“That is not possible as the vaccine is made up of killed virus,” he explained. “There is no live flu virus in the vaccine. It cannot give you the flu.”

What can happen, however, is that someone who has received the flu shot comes into contact with the flu before the two-week immunity-building process is over. Because their body has not finished building up a resistance, they are still susceptible to the virus, Pohleven said, which is why people are encouraged to get vaccinated before flu season really gets going.

“Your immune system is busy building antibodies to flu, so if you come into contact with cold a few days after receiving the shot, your body might not able to handle as well as it would otherwise,” she explained.

Pohleven recommends those planning to get the flu shot begin taking vitamin C or other immune-boosting supplements a day before receiving the vaccine, and continue for few days following the vaccination.

“I personally am a big fan of Airborne,” she said.

One more thing to consider, she said, is side effects from shot itself can include low-grade fever and mild body aches for day or two, which patients sometimes mistake for illness.

“Vaccines have no doubt saved countless lives,” Sullivan pointed out. “Vaccines have made major impacts in public health. For example, [Edward] Jenner invented the smallpox vaccine and now the disease is completely eradicated.

“Dr. Jonas Salk invented the polio vaccine. Now polio is not a major threat for infantile paralysis. I could go on with this list for quite a long time.

The bottom line, Pohleven said, is receiving the flu vaccine annually is safer bet than not.

“I read great quote about it once,” she said. “‘Flu vaccines are like seatbelts. They’re not perfect, but the best protection have against serious injury and death.’”

Most pharmacies offer variety of flu shots without the prescription nor appointment, and many medical insurance companies cover the cost of shot completely, Pohleven said.

If you fall victim the flu this season, are steps you can take to reduce the severity and limit exposure to others, both Sullivan and Pohleven said.

— Of course first and foremost is taking preventive action including getting the vaccine and practicing good hygiene, they said.

— If you know you’ve come in contact with the flu virus, try to doctor’s office within 24 hours, Pohleven advised, the dose of Tamiflu or other flu-reducing medication.