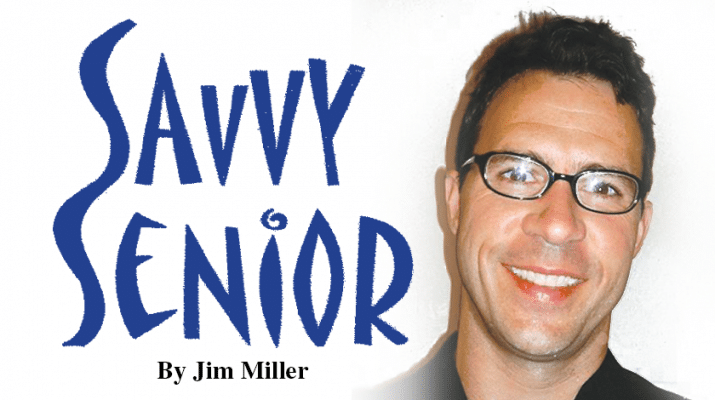 How can you know when someone has sleep apnea? My husband has become such a terrible snorer that he wakes himself up at night, and he keeps me up too.

If your husband is a loud snorer who wakes himself up during sleep, he probably needs to be tested for sleep apnea, a dangerous disorder that affects more than 22 million Americans, but often goes undiagnosed.

Sleep apnea is a disorder that causes a person to stop breathing during sleep, hundreds of times during the night, for 10 seconds or more at a time. Left untreated, it can cause extreme daytime sleepiness, as well as a host of serious health conditions like high blood pressure, heart attack, stroke, diabetes and dementia. In fact, it’s estimated that every year, around 38,000 Americans die in their sleep from a heart attack or stroke because of sleep apnea.

But the good new s is that sleep apnea is very treatable and most insurance companies, including Medicare, cover it.

There are three types of sleep apnea: obstructive, central and mixed. Of the three, obstructive sleep apnea (or OSA) is by far the most common and occurs when the throat muscles relax during sleep, blocking the airway.

While anyone can have it, sleep apnea is most common in people who are overweight, male, middle-aged and older. For women, the risk increases after menopause.

The symptoms include loud snoring (however not everyone who snores has apnea), long pauses of breathing, gasping or choking during sleep and daytime drowsiness. But because most of these symptoms happen during sleep, most people don’t recognize them. It’s usually the person they’re sleeping with who notices it.

To help you get a handle on your husband’s problem, the American Sleep Apnea Association has several diagnostic tests one can take at SleepApnea.org/treat — click on “Test Yourself.”

If the screening indicates that one may have sleep apnea, it is important to make an appointment with a doctor or a sleep specialist who will probably recommend an overnight diagnostic sleep test called polysomnography, which can take place at a sleep center lab (see SleepEducation.com), or at home using a portable device.

Your husband is at greater risk for sleep apnea if he’s overweight, smokes or consumes excessive amounts of alcohol. Excess weight, especially around the neck, puts pressure on the airway, which can cause it to collapse.

Smoking can increase the amount of inflammation and fluid retention in the upper airway. And alcohol and sleeping pills can relax the muscles in the back of his throat, interfering with breathing. Addressing these issues, if necessary, is usually the first line of sleep apnea treatment.

If that doesn’t do the trick, mild cases of sleep apnea may respond to oral devices that fit into the mouth like a removable mouth guard or retainer. These devices work by positioning the lower jaw slightly forward to keep the airway open during sleep.

Another noninvasive treatment option to consider is the new FDA approved eXciteOSA device (eXciteOSA.com). This treats sleep apnea and snoring by improving tongue muscle function by delivering electrical stimulation to the tongue through a mouthpiece that’s worn for just 20 minutes during the day.

If none of these options work, the most effective and commonly prescribed treatment for OBA is a continuous positive airway pressure (CPAP) device. This involves sleeping with a snorkel-like mask that’s hooked up to a machine that gently blows air up the nose to keep the passages open.

Send your senior questions to: Savvy Senior, P.O. Box 5443, Norman, OK 73070, or visit SavvySenior.org. Jim Miller is a contributor to the NBC Today show and author of “The Savvy Senior” book.