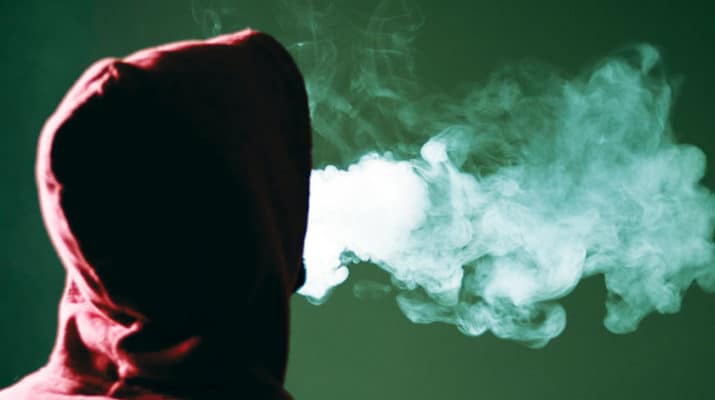 Teen vaping is an emergency — a public health emergency.

Vaping involves the use of an e-cigarette (electronic cigarette). E-cigarettes are now the most commonly used tobacco product for teens. It’s the new trend.

When the hqd vapes and e-cigarettes first hit the market in late 2000, they were believed to be a safer, harmless alternative to cigarettes. However, they are not safe or harmless. They are dangerous. Kids are dying.

Vaping, it turns out, is deadly. It’s also addictive. Vaping with a Juul is what most teens prefer. It’s wildly popular, looks like a USB flash drive, and comes in attractive flavors like bubble gum, mango and mint.

Vape use in high school students rose by 900% in a recent four-year period, according to the U.S. Surgeon General. Strategic, deliberate, effective marketing to teens by companies that sell e-cigarettes has been hugely successful.

E-cigarettes often contain nicotine and sometimes contain marijuana. And they can contain dozens of other harmful chemical ingredients and flavorings whose long-term health effects are unknown.

“Kids don’t know what’s in e-cigarettes. They have no idea of what they’re putting into their bodies,” said Melisa Snyder, director of prevention for Catholic Charities of Herkimer County.

“And they get addicted pretty quickly,” she added. “It takes only a few times using to become addicted.”

Some of the dangers of e-cigarettes include serious lung injury and disease, which causes lasting disability, and even death. Symptoms of the illness include pressure or tightness in the chest, shortness of breath and difficulty breathing that becomes progressively worse. Some have experienced fever, weight loss, nausea, fatigue and diarrhea. Imaging tests of the patients’ lungs have all revealed abnormalities.

“Also, there is a high concentration of nicotine in e-cigarettes,” said Snyder. Nicotine causes lasting adverse effects on brain development.

Nicotine is addictive and sets kids up for a lifetime of addiction. “Parents aren’t aware of how addicting it is,” said Snyder.

Some e-cigarettes have marijuana, which also causes permanent damage to a developing brain, affecting attention, memory, coordination, judgment, and decision-making.

There is a potential link between the use of e-cigarettes and serious neurological symptoms, including seizures, fainting and tremors.

“Parents aren’t aware of how bad this is,” said Snyder. “This isn’t just ‘kids being kids,’ trying new things. This has serious harmful effects. As with anything with teens, parents need to be vigilant.”

Parents need to know what to look for. The most popular type of e-cigarettes with teens is the sleek and discrete Juul. “It looks like modern technology; it looks like a flash drive,” explained Snyder. “It’s very easy to get, and very easy to conceal.” Because of the Juul’s sleek design, it’s easily hidden and hard for parents to find.

The smell rapidly goes away. The scent is faint, but you may catch a whiff of flavoring like bubble gum or chocolate cake.

“Also, keep an eye out for changes in behavior or appearance,” added Snyder.

Other signs include decreased use of caffeine and a smoker’s-like cough.

“And there’s lots of promotion of vaping products,” she added. “If they have these products, that’s a huge red flag.”

If your child has hats or T-shirts branded with the name of e-cigarettes, it’s time to have the talk.

The best approach to avoiding teen vape use is to educate your kids when they’re young, before they’ve been exposed to or offered a vape. Vape use is even rising among middle-schoolers, and is present even in elementary schools. So, the earlier you have these conversations, the better.

Help your children understand the facts about what people inhale when they use vaping devices, including all kinds of unknown chemicals that can be very harmful.

Keep the lines of communication open by asking your kids what they’re seeing at school and how they feel about it.

If you’ve found a vaping device of your child’s or caught them vaping, the best course of action is to stay calm rather than shame your child. You can’t make them stop.