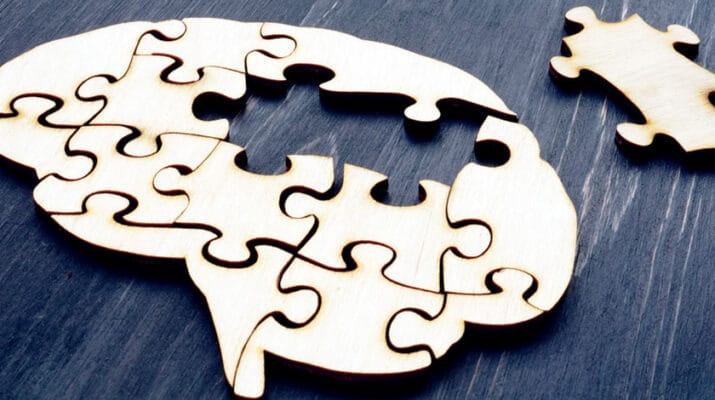 While devastating, there is good news about Alzheimer’s disease

There are several positive trends in regard to Alzheimer’s disease.

People are less likely to experience dementia and Alzheimer’s disease today than they were 20 years ago, and those who do may develop it later in life.

According to the Alzheimer’s Association, one in 10 persons over age 65 has a form of dementia, or 10%. The percentage increases dramatically with advanced age: for those over 85, 32% have dementia.

This is a 30% decline over 10 years, though the total number of persons with dementia increases as the population increases.

When people do get dementia, they get it at older and older ages. New research shows that, after age 65, most people spend at least a dozen years with good cognitive abilities. And, over the past decade, that time span has been expanding. Currently, only 4% of persons aged 65-74 will develop dementia.

Lifestyle interventions play a big role. “What’s good for your heart health is good for your brain health,” she stressed. “Taking steps to manage cardiovascular risk factors such as blood pressure, cholesterol levels, and exercising, no matter how late in life, improves your chances of staying sharp as you age.”

Other research suggests that people who get the flu and pneumonia vaccinations have a reduced risk of Alzheimer’s.

Campbell said she was excited to learn of this and other new research through the Alzheimer’s Association International Conference 2020. This annual meeting is the premier forum for presentation of the latest Alzheimer’s and dementia research.

“This year the conference was virtual, and at no cost, so I was able to join,” she said. “I was so impressed by the sheer number of researchers working on this. It’s amazing what they’re finding.”

Other data reported at the conference shows that a blood test can determine changes in the brain years before symptoms appear. The test measures abnormal versions of the tau protein — which is found in Alzheimer’s — and may be able to diagnose Alzheimer’s without additional confirmation from an autopsy or a PET (positron emission tomography) scan.

A PET scan is expensive and often not covered by insurance. This blood test could become available in a few years.

An interesting fluke of the Alzheimer’s world: There are aged people whose brains are full of the protein plaques and tangles that are the hallmark of Alzheimer’s. However, a research study showed these individuals showed no signs of dementia; they thought and remembered as well as their plaque and tangle-free peers.

This research looked at what predicts resistance to cognitive impairment in the elderly. They found there were two facets of successful cognitive aging.

First, toxic plaques and tangles don’t always lead to dementia because some persons are resistant to the destructive proteins. These individuals had a unique form of the proteins, different from both persons with no pathology and persons with dementia.

Another study found a childhood rich with intellectual stimulation may help the brain resist the onslaught of Alzheimer’s disease decades later.

No doubt, the picture for Alzheimer’s is changing.

Campbell reminds us of the warning signs of dementia:

— Memory loss that disrupts daily life: Forgetting recently learned information, important dates or events, asking the same questions over and over, and increasingly relying on others for things they used to handle.

— Confusion with time or place: Losing track of dates, the passage of time; forgetting where they are or how they got there.

— Problems with words: Trouble following a conversation, or getting lost in the middle of speaking; having trouble naming familiar objects (e.g., calling a “watch” a “hand-clock”).

— Changes in mood and personality: Becoming confused, suspicious, depressed, fearful or anxious, or upset when out of their comfort zone.

“These changes could be caused by an infection, medication side effects, or something you can treat.”