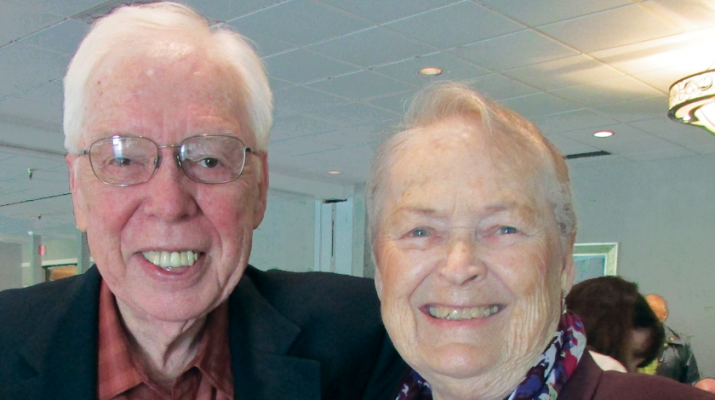 Call it joie de vivre or simply get up and go.

Thirty-nine senior citizens and six individual organizations that rely greatly on a corps of active volunteers were recognized with certificates of achievement.

Florence Wood of Whitesboro received the 2018 outstanding contribution by a senior citizen award from the Oneida County Office of the Aging and Oneida County Executive Anthony Picente Jr.

The outstanding contribution by an organization or business went to Bank of America.

The Office for the Aging & Continuing Care’s Advisory Long Term Care Council presents the awards each May in conjunction with National Older Americans Month.

The theme chosen by the Administration for Community Living to signify the 2018 Older American’s Month was “Engage at Every Age.”

Oneida County Office of the Aging Director Michael J. Romano praised the seniors as engaged in helping move the county and region into the future, as well as setting positive examples and improving the quality of lives for persons of all ages.

He called Wood a role model who does everything from the heart.

“All you need is to get involved,” Wood said in her acceptance speech, “(and) use your talents to stay young. I would rather wear out than rust out,” she said to applause. “I’m not going to sit home and wait for death to come to me.”

Wood, who describes herself as 83 years young, is a retired teacher, but she has barely stopped working. She is a part-time teacher with BOCES Oneida-Herkimer-Madison, helping 43 adults and two children take the path to United States citizenship.

Wood, a native of New York City, earned her bachelor’s and master’s degrees from SUNY Cortland. She moved to Whitesboro in 1962.

Although she taught grades K-12 in the Whitesboro Central School District, she was also a reading specialist and would help students overcome learning disabilities.

In 1995, she earned a certificate in advanced study in administration and began working with gifted students.

Since retiring in 1995, she has dedicated her time to serving on the New York State United Teachers committee, helping 270 teachers from her home district deal with retirement issues.

She has been a volunteer tutor with Literacy Volunteers of America for 12 years. Wood also provides rides to medical appointments for these students.

For the citizenship classes at BOCES, Wood gives lessons in civics and reading for two hours a week over a 10-week period.

Wood is a 40-year member of the New York chapter of Alpha Delta Kappa, the honorary international educators society, and served as president from 2000-02.

She was also named the “Unsung Heroine of the Year” by the local chapter of New York State Women Inc. last year, and was honored recently at the annual New York State Older New Yorker’s Day celebration in Albany.

Her husband, Richard Wood, is a retired bus driver for the Whitesboro Central School District. The couple has been married for 51 years, and raised a daughter, Debbie, who works as a teacher for the deaf in California.

Bank of America was recognized for its contribution to hundreds of Mohawk Valley seniors.

It was the first business to participate in the annual “Santa for Seniors” event in which it has “adopted” nearly 100 seniors.

In presenting the award, Romano noted Bank of America employees volunteer for the event by purchasing, wrapping and delivering gifts to many area nursing home residents and Office for the Aging homebound clients.

Many times, however, the employees “go above and beyond” to brighten their holidays for their adopted seniors, he said.

The Office for the Aging & Continuing Care and local radio station Big Frog 104 sponsored the event.