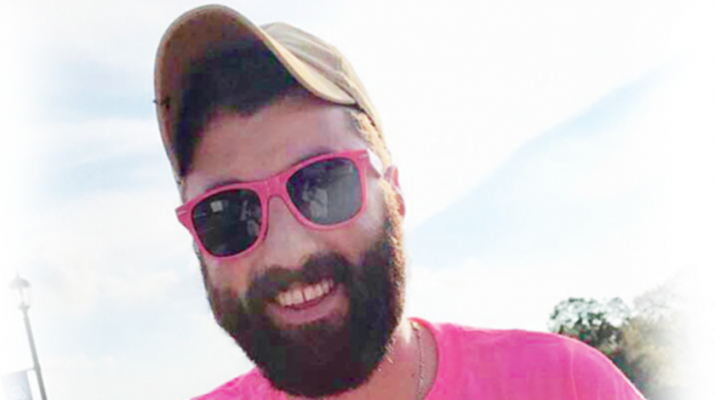 While October is breast cancer awareness month, women for decades have kept year-round awareness of a threat that can dismantle entire families.

Today, women are scheduling mammograms, encouraging other women to get screenings, wearing pink, supporting causes and activities such as the annual Making Strides Against Breast Cancer Walk, or buying products that aid in the research and treatment of breast cancer.

We always read the statistics and shudder. In 2017, about 252,710 new cases of invasive breast cancer will be diagnosed, according to the American Cancer Society, and we know women in the community or in our families who are affected.

Apart from skin cancers, breast cancer is the most common cancer type in women.

Breast cancer was always all about “us” (women) and it seemed as if the other half of the population does not need to apply or pay attention.

That message is changing. The American Cancer Society is now reaching out to the other side and enlisting them in the battle to fight not just breast cancer in October, but to increase awareness of cancer that affects men, women, children and families — all of us.

The Utica chapter of the ACS got on board with this inclusive message by organizing a “Real Men Wear Pink” campaign recently. It signed up a group of prominent local gentlemen to raise their voices while raising funds for breast cancer research.

“Real Men doesn’t specifically raise funds for breast cancer in men, just breast cancer in general — which would also include men,” said Robert Elinskas, senior community development manager of the Northeast Region American Cancer Society Inc., based in Utica. “I think it helps empower men to be leaders in the fight against this disease which tends to overwhelmingly strike women.”

Real Men Wear Pink set up an official website with details about the Mohawk Valley campaign, featuring biographies, photos and their personal reasons for committing to the cause.

Elinskas commented, “I’ve known so many women (and men) who have had to face this disease, and I’m doing this in their honor and memory. Since I started working for the American Cancer Society nearly 23 years ago, I’ve come to know so many amazing survivors who have touched my life.

“I’m looking forward to joining in on this special project to honor and remember all those I’ve known who have fought this disease,” Elinskas said.

Steve Sloan, president of S.R. Sloan, Inc., a manufacturing company, raised $350. Sloan said on the website that he would wear pink every day in October and dedicate his time and efforts to raising awareness of breast cancer. Oneida County Executive Anthony Picente Jr. gave $285. The Mohawk Valley Health System team contributed $2,301 during the Making Strides Walk in October.

McMurray talked about how cancer claimed the lives of both of his parents.

His mother, Eleanor Jane Knox (known as Jane), a teacher, was just 48 years old when she passed away in 1988 when McMurray was 14.

“She had a mastectomy in 1983 (I was 10), and then was clean for three years until cancer reappeared in the fall of 1987,” he said. “Cancer returned in the other breast and had spread throughout from there. Her health precipitously declined in December and she died in early January. It was so fast. She had many doctor’s visits and appointments, but by late December it was apparent that nothing more could be done. It was so heartbreaking to watch. My dad was trying to be as much of a rock as he could be, but even he was unprepared for how quickly things occurred.”

Then his father was diagnosed with prostate cancer in 2000. He was cancer-free until late 2014 when doctors found spots on his pancreas. “By the time they found those, he had lost so much weight and was so weak, he was never in a condition to have a biopsy to affirm that he in fact had pancreatic cancer. Still, based on how much weight he lost and how fast, that was likely the culprit.”

Because of his family history, McMurray, who is now in his mid-40s, said he gets routine cancer screenings and keeps up with research on cancer. “I know that great progress has been made, not only with mammograms, but treatments as well,” he said.

Urtz explained how he got involved in Real Men Wear Pink because of his mother and grandmother.

Her daughter, Karyn Urtz, Philip’s mother, was recently diagnosed with breast cancer and is undergoing chemotherapy, but participated in the Making Strides Walk with other members of the family.

“Doing this is the least I can do to show her my support,” Urtz said. “She is the strongest woman I know. She is handling it very well. I told her she will never do it alone. We will battle this together and come out on top.”

Philip said his sister is closely monitoring her health and he also plans to get screened for cancer. The Making Strides Walk, he added, is for “all cancers.”

Oyer of Utica lost his mother to colon cancer in 2005. He didn’t get involved in fundraising for cancer until this year, he said, after a friend and client approached him. He managed to raise close to $1,400.

Nicholas Mayhew, president and chief executive officer of GPO Federal Credit Union, led his squad and said he is fundraising to honor his parents who both died from cancer.

Joe Helmer said he has loved ones who have been affected by cancer. Helmer also raises money for the American Cancer Society by participating in No Shave November with other GPO employees, including Ibrahim Kajtezovic. Both of Kajtezovic’s parents died from cancer.

Saphar Art and Matthew Smith are member service representatives for GPO Federal Credit Union and also lost family members to cancer. As an extra way to help cancer victims and encourage GPO members to contribute to Making Strides, Smith will be donating his hair to Pantene Beautiful Lengths.

Sloan said online that he is grateful several of his family members have survived breast cancer, including Liz, his wife of 28 years. Their sons, Peter and Jacob, and Jacob’s wife, Brianne, also joined in the Real Men Wear Pink campaign.