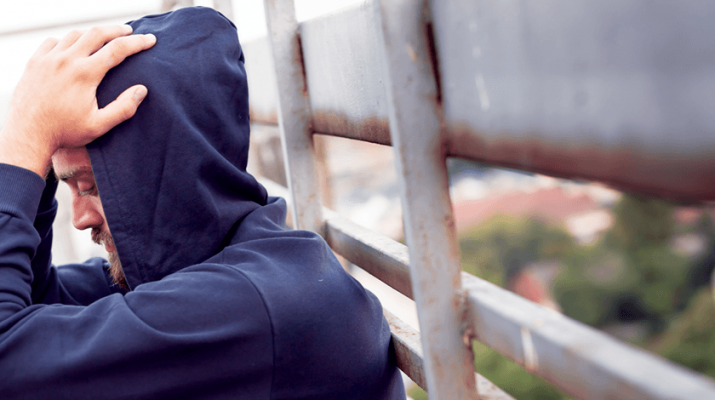 Post-traumatic stress disorder brings battlefield to the back yard

“I don’t know what the trigger was, but it hit me hard. One evening, all of sudden, I felt tightness in my chest, and it was hard to breathe. I felt closed in and panicky.

“I bolted out of bed thinking I was dying. I paced the room in the dark for hours before I exhausted myself. I almost went to the ER, but the soldier in me said to stick it out.”

This is how Carlos Huerta online describes the PTSD that began five years after he left the battlefield.

PTSD: post-traumatic stress disorder. It’s an anxiety disorder that some people get after seeing or living through a dangerous event. When in danger, it’s natural to feel afraid. This fear causes many split-second changes in the body to make the body prepare to defend against danger or to avoid it.

PTSD is a debilitating mental disorder that can happen to anyone who has lived through or witnessed a traumatic or terrifying event.

Huerta goes on to describe the panic, claustrophobia, and chest pains that he though was a heart attack. “Even though I was home, I never left the battlefield. I brought the war home and it took a toll on me and my family, wife and children. I got to be good friends with Jim and Jack. Mr. Beam and Mr. Daniels,” he said.

“I remember the first time I was woken by Simon crying out: this awful, blood-curdling scream,” said a wife online. “Suddenly he was back in the war zone with a gun in his hand and a woman covered in blood in front of him. He squeezed my hand tightly and wouldn’t let go until morning.”

Terrifying nightmares are common in PTSD. As are disturbing, intrusive thoughts and frightening flashbacks. Other symptoms include avoidance of situations that bring back the trauma, and heightened reaction to stimuli, anxiety, or depressed mood.

A significant number of veterans suffer from PTSD. “But PTSD is not the sole domain of vets. So many suffer from it,” said Bradley Nelson, a holistic chiropractic physician.

PTSD can result from any traumatic or life-threatening incident, such as sexual assault, child abuse, accidents, bombings, or natural disasters. Even witnessing a trauma can cause PTSD — something that threatened your life or someone close to you.

What if you think you have PTSD?

The only way to know if you have PTSD is to talk to a mental health professional.

After a traumatic event, it’s normal to think, act, and feel differently than usual. If your symptoms last longer than a few months, you should get help.

Treatment includes different types of psychotherapy and medication. A treatment that works for one may not work for another. Find what works best for you.

“Our psychologist in Rome offers groups aimed at addressing and reducing symptoms of PTSD such as PTSD 101 (psychoeducation), anxiety groups, anger groups, and groups focused on transitioning from the war zone,” Steiger said. He offers individual therapy on request.

If the waiting time becomes too long, vets may come to Syracuse or receive help over the internet, she added. “Or, if the veteran prefers face-to-face visits, we submit a referral for Care in the Community.”

Early treatment is better. Symptoms may get worse. Dealing with them now might prevent them from getting worse in the future.

Treatment can help even if your trauma happened years ago. And treatment for PTSD has gotten much better over the years. If you tried treatment before and you’re still having symptoms, it’s a good idea to try again.

Nelson’s approach to PTSD is unconventional and described in his book, “The Emotional Code.” He proposes that trapped emotions contribute to the symptoms of PTSD.  “This treatment is an incredibly powerful tool for healing from the effects of trauma,” he said.