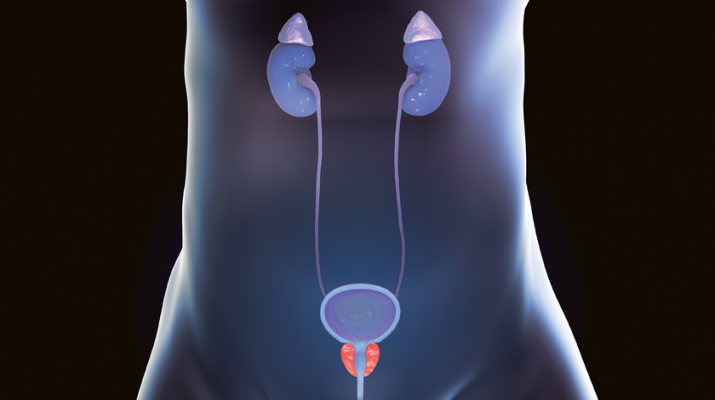 All men are at risk for prostate problems. For such a little gland, the prostate causes a lot of concern.  Prostate cancer is the most common non-skin cancer in men.

The prostate is a walnut-sized gland of the male reproductive system, located just below the bladder and surrounding the urethra, the tube that carries urine through the penis. The prostate’s job is to make fluid for semen.

It often causes problems. About one man in six will be diagnosed with prostate cancer in his lifetime. Keep that number in perspective, though, because prostate cancer is usually slow-growing and treatable: Only about one in 35 with the disease will die of it.

Don’t wait for symptoms of cancer to appear, cautioned Brent Carlyle, urologist with Rome Medical Practice Urology. “Waiting for signs and symptoms to appear is not the best way to detect this highly treatable cancer,” he said. “Symptoms from prostate cancer unfortunately often mean the disease has progressed significantly.”

Most men diagnosed with prostate cancer have few or no symptoms, said Carlyle. It’s discovered with screening.

During National Prostate Health Month in September, Carlyle reminded men to be proactive and get screened for prostate cancer. “The goal of routine screening is to detect and treat the cancer before the condition worsens. That’s why it is important for men over 50, or those who have a family history of prostate cancer, to see a urologist or their primary care provider regularly to be screened for the disease,” Carlyle explained.

Prostate cancer can often be detected early with a simple blood test that measures the amount of prostate-specific antigen in the blood. The test is a simple draw of blood from your arm.

A health care provider can also check the size of your prostate gland through a physical exam.

“Men between the ages of 55 and 69 benefit the most from prostate cancer screening,” Carlyle said. Men who are younger than 55 and have risk factors should begin screening earlier.

The cause can have a hereditary component. “Men with a father or brother with prostate cancer are two to three times more likely to be at risk of prostate cancer as compared to other men,” Carlyle said.

According to the American Cancer Society, most prostate cancer can’t be prevented.

Finding prostate cancer early, when it is small, determines what treatment is needed to combat it.

“The age of the patient and other factors determine which treatment approach is best. Some men will be advised to pursue radiation or surgery,” he added.

For many men, their initial fear is prostate cancer, but an enlarged prostate is a very common cause of urination symptoms, he said. It’s known as benign prostatic hyperplasia.

For unknown reasons, the prostate experiences a second growth spurt. By the time you reach the age of 60, you have a 50/50 chance of having an enlarged prostate. When you’re 85, the likelihood increases to 90 percent. It’s a normal part of aging.

The enlarged prostate compresses the urethra, making urination difficult. Urinating frequently, especially at night, difficulty getting a urine stream going, or feeling you are unable to get all the urine out can result. These symptoms respond well to medication or other treatment.

“For men with symptoms of BPH, there are medications and minimally invasive office procedures that can make a big difference,” Carlyle said.

Another common condition affecting the prostate is prostatitis, a temporary swelling of the prostate due to infection or inflammation, Carlyle added. It often causes painful or difficult urination and pain in the pelvic area.

It affects men of all ages but is more common in men under 50. Depending on the cause, prostatitis can come on gradually or suddenly. It might improve quickly, either on its own or with treatment.

It is important for men who may be experiencing urination problems to see a urologist to determine the cause, Carlyle added.

In rare cases, prostate cancer does cause symptoms. Carlyle recommends contacting an urologist or primary care physician for an evaluation if you experience any of the following:

— Difficulty starting or holding back urination

— Difficulty having an erection

— Blood in the urine

— Pain in the rectum

— Pain in lower back, hips, pelvis, or thighs