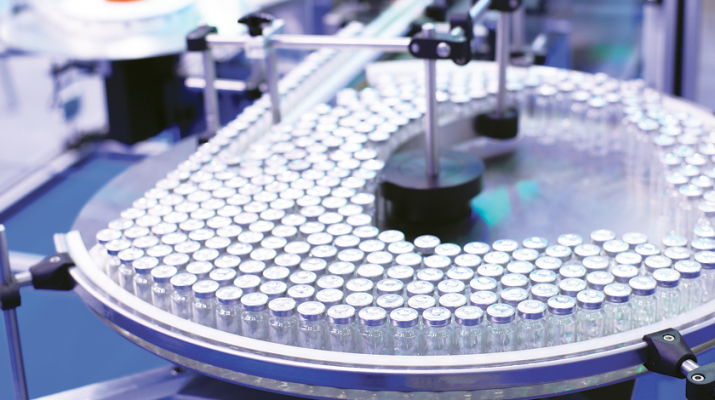 The act refers to legislation pending in the U.S. Senate that has several objectives. It would limit extreme price increases of prescription drugs and make them more affordable for seniors; penalize drug companies that raise prices of medication substantially, and investigate alternative and cheaper sources for medications.

Under the penalties, a pharmaceutical manufacturer would lose a certain percentage or as much as the entire profit made from the drug, Gillibrand said.

Drug prices have skyrocketed 48 percent between 2013 and 2017, Perra pointed out, particularly under the federal 340B program, leading to a painful situation for hospitals and patients.

Under the 340B program, manufacturers subsidize certain drugs, for example those in hematology-oncology, for health care providers to supply Medicaid patients. MVHS has saved millions of dollars under the program, he said.

“There’s a lot of pressure in Washington to change that (program). A lot of our patients, once discharged, are not taking their prescriptions or not filling prescriptions due to cost,” Perra explained. “We need to get those costs under control because they’re affecting our patients.”

In addition, he said, the continual rise in the cost of many medications has caused hospitals to scrutinize budgets and make difficult decisions, such as postponing the purchase of new technologies or facility improvements.

In discussing her legislation, Gillibrand said consumers throughout the state have complained to her about rapidly escalating drug prices, sometimes seeing prices go up twice a year.

According to Gillibrand’s office, median prices for prescription medications increased by an average of nearly 9 percent in 2017, about four times higher than the overall inflation rate.

She cited one popular drug, Humira® (used to treat arthritis and Crohn’s disease), saying it now costs 240 times more than it did 10 years ago. The website, Humira.com, said that while the prescription varies from patient to patient, one can expect to pay between $1,800 and $2,400 per month for two doses. But the manufacturer also offers financial assistance and discounts.

Referring to another drug that shot up 5,000 percent, Gillibrand said it’s an example of drug companies trying to monopolize the market.

Gillibrand related a conversation she had with an elderly couple who told her one prescription medicine cost them $5,000 a month and they feared their savings of $50,000 would be rapidly wiped out. The husband, she said, decided that they would rather pay their rent and other bills first, but unfortunately he died, possibly as a result of not taking his prescription medicine.

Perra said patients who neglect to take their medicines because of cost leads to unnecessary emergency department visits or readmission into the hospital, both of which could be avoided if the medications were more affordable.

Of course, in the public marketplace, there are no laws prohibiting pharmaceutical companies from raising the prices of their medications at any time.

“There is no mechanism to prevent a manufacturer from spiking the price of its drugs year after year, and pharmaceutical corporations are not required to report the increases in the price of their drugs to the public,” Gillibrand said.

She suggests imposing penalties on manufacturers once they raise prices 15 percent. If the price goes up more than 20 percent, Gillibrand said the Price Gouging Act would penalize the drug company by taking away 100 percent of the profit it made on the medicine.

Revenue from penalties could be reinvested in future drug research and development at the National Institutes of Health.

Another of her proposals would allow health care providers to purchase prescription medications in bulk. “The Veterans Administration does it, Medicaid does it, but Medicare does not, severely affecting seniors,” Gillibrand said.

She pointed out that drug prices in Canada are considerably cheaper than their U.S. counterparts. She cited the EpiPen®, which is used only in emergencies to treat allergic reactions, which costs $250 in Canada and $650 in the U.S. and was the target of a Congressional investigation in 2016 for apparent price gouging.

Her legislation would also impose a cap on co-pays.

Houle said the price increases often create a shortage of essential drugs, such as morphine and heart medicines because hospitals are also reluctant to keep paying higher prices.

He said pharmacists have no means to combat the manufacturers who spend considerable amounts of money on lobbying their state and federal representatives.