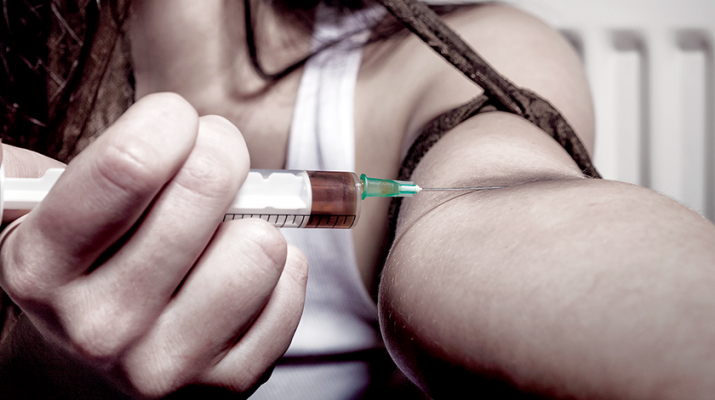 It strikes more than 60,000 individuals a year, according to the Centers for Disease Control. That number is rising alarmingly — seemingly out of control.

Overdose deaths from opioids, including prescription opioids and heroin, have more than quadrupled since 1999, the CDC reported. It’s estimated that nearly 100 people die from an opioid overdose every day in this country.

The stunning news is more than half of those deaths were from prescription and legal opioids, drugs like oxycodone, hydrocodone and methadone, the CDC stated. Many of these accidental deaths were the result of mixing prescription pills with alcohol, heroin, or other drugs.

Among the deaths in 2017 were adults living in the Mohawk Valley. There was Josh Hogeboom, 34 years old, Ashley Mary Collins and others, though an exact number is unavailable.

According to the Onondaga County Medical Examiner’s Office, which handles the caseload for Oneida County, there were 166 drug/toxin-related deaths in Oneida County from 2013-2016.

Survivors mourned those who lost their lives due to overdosing on drugs during a candlelight vigil sponsored by ACR Health at Hanna Park in Utica recently.

“We love you Josh. Forever in our hearts” was inscribed on a large poster, which served as a sympathy card at the annual event. Here, families and friends of the deceased were able to write public tributes, share their grief, shed tears and give hugs to others mourning the sudden, unexpected loss of a loved one.

The Utica vigil was one of hundreds being held across the country with the assistance of the national NOPE task force, or Narcotics Overdose Prevention & Education.

Opioids are substances that work on the nervous system in the body or specific receptors in the brain to reduce pain. Some of these opioids — such as methadone and fentanyl — are legally prescribed to treat pain. But fentanyl is mixed with other drugs, such as heroin, to intensify the “high.”

Of the 166 deaths in Oneida County in the last four years, 56 were heroin-related, 26 were fentanyl-related, 24 were heroin and fentanyl related and 30 were attributed to other opioids.

Dawn Schneider of Utica signed the giant poster at Hanna Park in memory of her friend, Ashley Mary Collins, who died on Feb. 9, 2017. Even now, Schneider can’t bear to erase Ashley’s name from her cell phone’s address book.

“We were very close friends,” said Schneider 45, who has had her share of problems with drug addiction. “I was in a halfway house with her. I spent 28 days at McPike (Addiction Treatment Center in Utica). I then went to Catholic Charities Halfway House and there I met Ashley. She had relapsed. I struggled, but I succeeded.” One might have to get addiction treatment as noted by Pacific Ridge and get over the addiction.

“Ashley and I went to meetings together, but then we drifted apart,” she said.

McPike Addiction Treatment Center is a 68-bed inpatient facility on Court Street operated by the NYS Office of Alcoholism and Substance Abuse Services and the Mohawk Valley Psychiatric Center. McPike provides a proven individualized program of recovery for adults who have a chemical addiction and can provide assistance to anyone living in 16 Upstate counties.

Schneider said her own addiction was the result of an on-the-job accident 12 years ago. She was prescribed painkillers, but became dependent on the drugs.

Schneider said her recovery is due to strong motivation to turn her life around. “I hang out with sober people and try to keep busy,” she said.

Addiction can affect one’s family, neighbors in big cities and tiny communities, professional people and the homeless alike. Its impact is not readily apparent either.

A third-grade student in a rural school district confided to her teacher that her homework assignment would be late. That evening, she explained, she was going to visit her father in a rehab facility in Syracuse.

“Kind of hard on the 8 year olds,” the teacher acknowledged. The girl’s father has already spent six months in rehab and is expected to remain much longer. “Two other kids I know have had their fathers die from overdoses,” he added. “You might say it is a crisis. And this is a little community.”

Locally, the Regional Primary Care Network, which is based in Rochester and operates health care centers in Utica and Ilion, is taking additional steps to make patients aware of the dangers of prescription medicine and controlling access to these drugs.

George Markwardt, family nurse practitioner in Ilion and clinical director for RPCN, said RPCN is developing an opioid action plan that will help guide staff and patients with getting the appropriate help they need.

In New York state, any provider who holds a Drug Enforcement Administration registration is required to complete additional training on opioids and preventing drug diversion. He took the training last summer.

According to Markwardt, in addition to the serious risks of addiction, abuse, and overdose, the use of prescription opioids can have a number of side effects, even when taken as directed.

Markwardt stresses the importance of patients having an open dialogue with their health care providers and support system. “The first step, of course, and often the hardest part for many patients dependent or addicted to pain medications, is admitting there is a problem,” he said.

Certain RPCN patients are asked to sign a lengthy statement acknowledging their medications for chronic pain will be strictly controlled; that it is illegal to obtain a prescription for controlled substances and over-the-counter drugs from more than one health-care provider, including dentists, or from more than one pharmacy at the same time; that the patient will submit to a drug test if suspected and will lose their health coverage.

The patient promises not to mix alcohol with controlled substances; not to obtain any illegal drugs, including marijuana and cocaine; that written prescriptions for controlled substances may not be replaced if they are lost, stolen, get wet, are destroyed, or otherwise misplaced unless explicit written proof is provided with direct evidence from legal authorities, and their abuse of these drugs will be reported to local, state and federal authorities.

“Substance abuse doesn’t affect just those who are addicts; it affects their families and communities,” Markwardt added. “Addiction has so many socio- and economic impacts on communities. To combat addiction and substance abuse, it take communities coming together to acknowledge and develop action plans with law enforcement, health care providers and citizens working together to help fight this tragic disease that has already taken so many of our young people.”

Picente said the county has enlisted the Cherundolo Law Firm, PLLC; Brindisi, Murad, Brindisi & Pearlman, LLP and Robert F. Julian, PC to investigate its legal options and determine if pursuing litigation against pharmaceutical companies and other parties would be beneficial.

“The opioid crisis has hit Oneida County extremely hard,” Picente said. “We have spent millions of dollars to combat the problem through law enforcement, treatment and prevention, and if those efforts have been unfairly impacted by the improper practices of pharmaceutical companies and others, we owe it to the tax payers to leave no stone unturned in recovering any unjustified costs.”