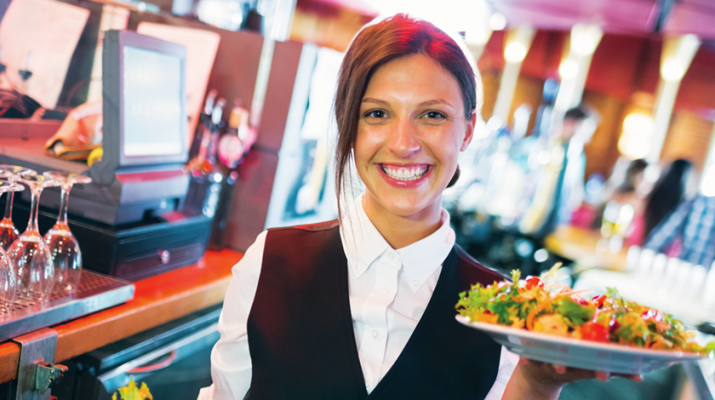 Fifty eight percent of us eat out at least once a week.

Servers know a lot about the restaurant industry. What would servers tell you if they could get away with it? Revelations that aren’t on any menu can be found on Google.

We asked some of the local restaurants for their input.

• Watch out for the specials:

At a lot of restaurants, the special is whatever they need to sell before it goes bad, say servers online. Your server would likely advise you to pick something else if they could, as chefs often come up with specials to use leftover ingredients that would otherwise go to waste, ingredients that may have passed their prime.

“We don’t use leftovers,” Barb Ceneviva said. Barb and Vinny Ceneviva own and operate Paesano’s Pizzeria in Mohawk. “Our meat is prepared daily.”

Their dough and sauce are also made daily. They’ve been providing quality food to the Mohawk Valley for 25 years.

As a restaurant worker, you definitely should stay home if you’re sick. But that’s not always the reality for people with low-paying jobs. A study found that 53% of restaurant workers reported going to work when sick. They’re not giving up the $100 they’d make in a shift because they’re sick.

“We don’t want our employees to come in if they’re sick,” said Ceneviva. “I haven’t been ill, but my husband has been. And he stays home when he’s sick. I don’t want anyone’s germs around me or our customers.”

• Eggs are normally made from powder:

Even at the best breakfast buffet in the world, 99 times out of 100, the big pan of scrambled eggs is made from powder, says a server.

“We put sugar in our kids’ meals so kids will like them more,” said a waitress at a well-known pizza chain. “Seriously. We even put extra sugar in the pizza dough.”

“We never add sugar to anything,” responded Trayner.

• Requests to alter a dish are a pain:

“Tiny modifications you would like, such as butterflying your steak, cooking a steak well done, getting no bell peppers, etc., are often more time consuming than you think,” a restaurant worker said. “The restaurant preps as much as they can ahead and some things come pre-made, so there’s no way of taking the jalapenos out of the queso. If you order things like that, be prepared for it to take longer.”

Trayner agrees it’s difficult to alter dishes: “That’s why our menu says, ‘no substitutions.’ However, if a person is on a special diet, we do accommodate them by doing things like substituting tomatoes for hash browns.”

• I can’t talk about calories:

Servers aren’t nutritionists. But they know what goes into your food.

Many of the meals you assume are healthy aren’t at all. A chicken salad, for instance, sounds like a health-conscious meal. However, if it comes with a giant serving of chicken, dressing, and tons of nuts, cheese, and fatty toppings, it might pack in as many calories as a burger.

Many of the calorie counts on menus are inaccurate. Those numbers may be low-balling what you’re actually eating. That’s what the latest study of menus at dozens of popular eateries found.

“The Federal Drug Administration allows wide latitude in the accuracy of the calories listed on labels — 20% in either direction,” said registered dietitian Cindy Donovan. With husband Brian, she owns and operates the Balanced Chef, a healthy prepared-meal company in Utica.

With 20% latitude, that means if a label says 200 calories per serving, it could be 240 calories or 160 calories or anything in between, she added.

“Now that I’ve worked in a restaurant, I never ask for lemon in a drink,” said one waitress online. “Everybody touches them. Nobody washes them. We just peel the stickers off, cut them up, and throw them in your iced tea.”

“The single greatest way to get your waiter to hate you? Ask for hot tea. For some reason, an industry that’s managed to streamline everything else hasn’t been able to streamline that. You’ve got to get a pot, boil the water, get the lemons, get the honey, and bring a cup and spoon. It’s a lot of work for little reward,” said a maitre d’hotel.