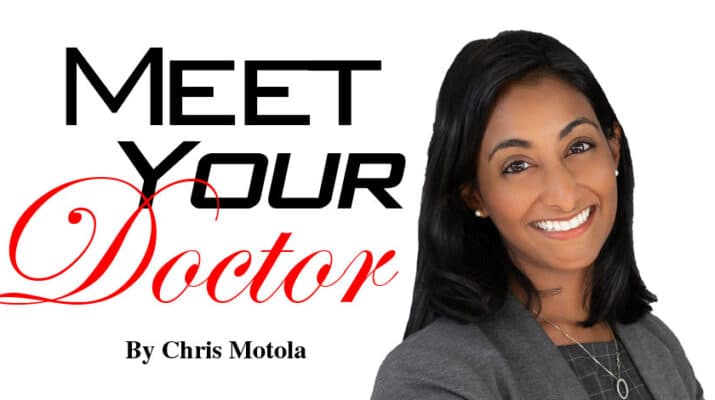 Q: Cancer treatments are constantly evolving. Where does radiation oncology fit into the current mix of treatments?

A: You’re right that cancer treatments have been evolving very quickly, especially over the last decade. Radiation — a lot of it is the same as it was in the past. We use the same kinds of particles. What we’re trying to do is make the treatment safer and less toxic, and also more convenient for patients. So a good example would be a woman being treated for early breast cancer. If it were 10 years ago, she would have had to come in for five to six weeks of daily treatments. Now that’s closer to three or four weeks. For select patients it can be as little as five treatments.

Q: How effective is radiation and how well is it tolerated?

A: It really depends. Radiation is used for almost all solid malignancies from the brain, to the extremities, lungs, breasts, prostate, GI-tract — there are indications for all of these for radiation. It’s rarely cured with just a single modality of treatment. You’ll rarely see someone treated with just radiation or just chemotherapy or just surgery. It’s usually some combination of each. I like to tell patients that radiation is closer to surgery in the sense that it’s a local or regional treatment. When you think of chemotherapy or immunotherapy, it’s really a systemic treatment. It’s an infusion or a pill that’s going to go all throughout the body. With radiation we’re focusing precisely on a tumor and sometimes its regional lymph node bed. So side effects related to radiation is really where we’re treating the tumor. So for breast cancer, most of the side effects have to do with skin toxicity. In the abdomen or pelvis, they would be more likely to be bowel-related.

Q: How does radiation act on a tumor? What is it doing to it?

A: That’s a good question. So it can be a hard concept to think about relative to surgery, where you just cut something out and it’s gone. The way that radiation works is by causing DNA damage to cells. We mostly use X-ray radiation. X-rays don’t know the difference between cancer cells and normal cells, so they’re going to cause damage to any cells they interact with. The difference between normal tissues and cancer cells is that normal tissues have the ability to repair themselves from the damage caused by radiation. Tumor cells have lost that, so when they’re damaged, when they try to grow or divide they’re unable to, and then they die. Sometimes it can be a little less satisfying than, say, a case where you can just cut a tumor out of someone with lung cancer and it’s gone. With radiation, we’d be following them over the course of months and slowly shrinking the tumor down until it’s just scar tissue.

Q: It always was confusing to me that radiation — not the therapy, but radiation generally — can be both a cause and a cure for cancer.

A: Radiation-induced malignancies are actually very rare. There are some people who get nervous about radiation treatments because they may have concerns about conditions that make them more susceptible to secondary tumors. For the most part, aside from kids and patients who are still having a lot of growth and development, the rate of secondary cancers after radiation is extremely rare.

Q: Are there any new uses for radiation on the horizon?

A: As our understanding of the spectrum of metastatic disease has evolved, we’ve identified a subset of patients who we used to think were basically not curable, who had disease that started one place in the body and then metastasized somewhere else in the body. We now think they may be curable with the use of both systemic and local therapies. So if they only have two or three sites of metastatic disease, can we use surgery and radiation therapy to treat all those sites and cure them before the disease gets out of control. So that’s been a very exciting development because it’s brought more patients into having hope. In the past they wouldn’t have even been considered for local therapies.

A: I think a lot of people who go into oncology have a family member or friend who had cancer. My uncle was going through his struggle with cancer at the same time I was taking this course about biochemistry and cancer. I knew I wanted to do medicine, but I wanted to be the best doctor I could be using my skills and understanding of the struggles they’re going through in addition to knowing what’s going on the cellular level.

Q: You’re also interested in DNA repair. What is it and how does it factor into your work?

A: The toxicities that we have from radiation have to do with tissue that’s been damaged at the time they’re getting radiation. Usually that gets better over time, but like everything we do, there can be long-term side effects from tissue that doesn’t repair quickly or correctly.

Q: How do you deal with that?

A: The best way is for it not to develop in the first place. So we try to be as precise as possible and avoid treating as much healthy tissue as we can.

A: I’m so fortunate to be able to come back to where I grew up. My husband and I are both from Upstate New York. I think the thing that attracted me to Hematology-Oncology Associates is the mix of physicians, nurses and staff who, I believe, provide high-quality care without patients having to travel great distances.

Q: Do you think we’re getting closer to being able to reliably cure cancer? I know it’s a very complex disease, or not even really a single disease.

A: I would love to be out of a job. But it is more complex than one disease entity. We make incremental strides every year, but we still have a ways to go before we can say we cured cancer.