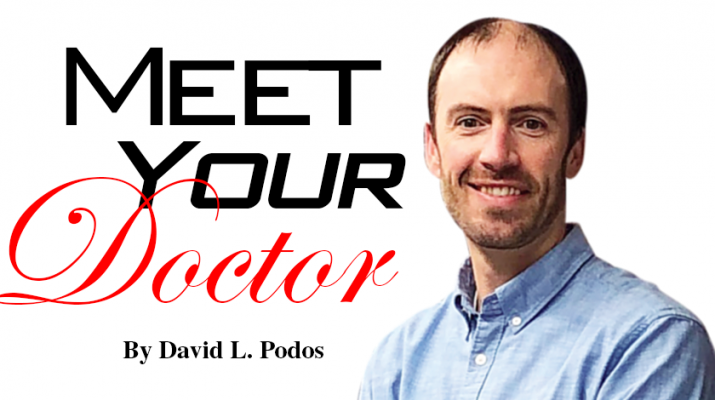 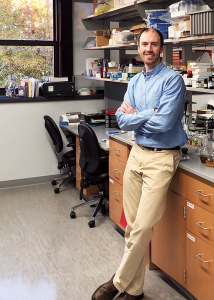 If you’re a person who is dealing with heart disease, then you know how important it is to keep your heart as healthy as possible.

Having a team of skilled medical professionals that can assist you in staying healthy is critical.

However, unlike picking up the phone and making a routine call to your cardiologist for an appointment, the chances of duplicating that with Jason McCarthy are just about zero.

McCarthy is an associate professor of cardiovascular medicine with a doctorate in inorganic chemistry who serves as the scientific operation manager for the Masonic Medical Research Institute in Utica.

The MMRI is an internationally recognized biomedical research facility that was founded in 1958 by the Grand Lodge of Free and Accepted Masons in New York state. It is part of the greater Masonic Care Community that is also located in Utica.

The research conducted at the institute is primarily cardiovascular in nature.

“For years, the institute had been focused on the heart and the electrical impulses that allow the heart to beat. While that is still a part of what we study, our interests have recently broadened to include other facets of cardiovascular medicine,” McCarthy said.

He will not be available to give you a personal medical exam, and if you’re hospitalized and recovering from open-heart surgery, he most likely will not be stopping by with other doctors and medical personnel on their morning rounds to check on you.

But don’t let that fool you into thinking that he has nothing to offer in the way of medical intervention in making you a healthier person.

One day, you just might be a beneficiary of the cardiac medical research that he and his team conduct, and that research will not only improve your health, but could even save your life.

According to the Centers for Disease Control, about 610,000 people die of heart disease in the United States every year — that’s one in every four deaths. People like McCarthy and his team are dedicated in finding ways to make those numbers drop.

In his study and research of drug delivery, McCarthy works on developing nano-particles that carry medicine to specific targeted cells within the body.

He also works with imaging, looking within living tissue to understand disease processes.

“Because of my background in chemistry, I am able to collaborate with many researchers across the country who are working on transplant rejection, cardiovascular and pulmonary disease, and bone regeneration,” McCarthy said. “Here at the institute, we are branching out into different areas of research in regards to cardiovascular medicine as we increase our research staff. We are bringing in more people with those skills, ranging from heart development in an infant, all the way to adult heart maturation, to blood clots and more.”

In terms of drug delivery, MMRI is delivering medicine to specific targeted cells. Directing medicine into a specific nano-particle differs from the normal approach of injecting a drug into the body where it is disbursed randomly and can act as a toxin.

By putting medicine into a nano-particle and specifically targeting cells, you don’t have that systemic whole-body effect, so it’s much more effective in treatment, McCarthy maintains.

McCarthy’s life as a scientist and one who is working on such profound research at a facility that is highly respected is not taken lightly.

“When I was doing research at Massachusetts General Hospital in Boston, we were always fighting for more space,” McCarthy said. “There was also political strife to overcome. I am not inhibited by internal politics here like those you see at bigger institutions.

“Additionally, communication was oftentimes difficult between other researchers because we were so spread out. When I came to the Masonic Medical Research Institute, everything I need to get the job done is provided. All my team is together in one place, which enables me to do research at a breakneck pace,” he said.

McCarthy said he is supported by a board of directors and “everybody else who is above me; they always make sure I have what I need.

“Also, moving out here to Utica, this is life. Instead of commuting two hours to work, it now takes me less than 20 minutes.”

McCarthy is also excited about the institute’s collaborative relationship with the Mohawk Valley Health System and particularly with the new downtown Utica hospital that will be built soon.

“We have a space for us in the plans for the new hospital. We are going to have 2,500 square feet of space set aside,” McCarthy said. “That research space will be a combination of bio-repository, storing blood and other samples from patients at the hospital and to conduct medical research from those tissue samples.