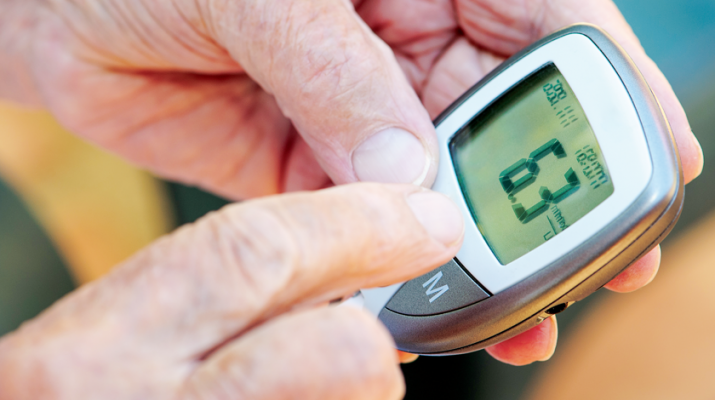 Diabetics in their golden years must stay vigilant

The bad news about diabetes and older folks: At least one in four of us, maybe even one in three, have diabetes.

The number is expected in increase fourfold in coming years. In addition, older adults with diabetes have a substantial risk of coronary and cardiovascular complications, kidney disease, blindness, and are more likely to end up in a nursing home.

What’s the good news? An article in The New York Times online caught my attention with news about diabetes and older folks. It said if you’re over 75, you can relax your vigilance; you don’t have to control your diabetes as carefully because the risk of low blood sugar episodes can be more dangerous than high blood sugar.

Elderly diabetics are often over-treated was the gist of the article. “For seniors with fewer years ahead, we are not looking at tight control to prevent complications that might not happen for 40 years,” it said.

“What good news!” I thought as an older person with diabetes. I can quit worrying so much about what I eat. That mint chocolate chip ice cream that I so long for; that wonderful pecan coffee cake that keeps calling to me; here I come!

It’s certainly good news for those caring for an elderly person with diabetes. Diabetes is rarely the only ailment affecting older people; most must cope with several chronic conditions, along with the medications for each of these conditions, side effects and drug interactions. Keeping blood sugar at reasonable levels is complicated.

“No other disease requires as much self-care,” the article adds. “That is another reason to treat diabetes differently in older people. They or their caregivers may find it increasingly difficult to manage daily monitoring, medications and dietary requirements.”

Add to that the fact that dementia is twice as likely to occur in adults with diabetes, making a complex regimen nearly impossible for many. Also, cognitive impairment increases the risk of hypoglycemia.

I asked my doctor for confirmation that I could relax some. “No, that’s only for people older than you,” she said. “Keep doing what you’re doing.” Not the answer I wanted. So I kept asking.

Mary Rose Spellicy, BSN, RN, patient and staff educator at Rome Memorial Hospital, said, “Overall, older adults who are functional, cognitively intact and have a good life expectancy should use the same guidelines as younger adults.”

So let me make sure I understand this. You’re saying that, though I’m older, if I don’t have dementia and I expect to live for several more years, I have to continue being careful about what I eat and watching my blood sugar? I can only stop being careful when I have dementia or am going to die soon?

Yes, that’s right. The New York Times article is misleading in its optimism. (Though, in fairness, I must admit that I read what I wanted to hear.)

Spellicy’s answer is based on the American Diabetic Association’s Standards of Medical Care in Diabetes 2017. It states glycemic goals for older adults who are not functional, not cognitively intact and do not have a life expectancy of over five years may be relaxed on an individual basis.

Not a lot of research has been done on older adults with diabetes. There are “large gaps in our knowledge of how best to address diabetes in the age-group with the highest prevalence rates,” says the ADA report.

Spellicy said recommended blood sugar numbers, according to the ADA, are between 70 to 130 before meals and less than 180 two hours after a meal.

“An A1C test is the gold standard test for measuring glycemic control in people with diabetes,” she said. “The A1C provides an average blood glucose over the previous two to three months. The target A1C for most people is 7 percent or less. In the elderly, those who are more frail, it is less than 8 percent in some cases.” For complex patients in poor health, the goal is 8.5 percent.

One thing that makes it more complicated is that it makes a difference whether you have long-standing diabetes or have older-age onset. Older-age onset diabetes is more common in non-Hispanic whites and is characterized by a lower A1C and lower likelihood of insulin use than is middle aged-onset diabetes.

Research suggests patients with a shorter duration of diabetes and without atherosclerosis might reap cardiovascular benefit from intensive glycemic control, while potential risks of intensive glycemic control may outweigh its benefits in other patients, such as those with a long duration of diabetes, known history of severe hypoglycemia, advanced atherosclerosis, and advanced age-related, according to the ADA.

The article sums it up: Treatment for diabetes in the elderly should be determined on a case-by-case basis.

So I’ll keep on keeping on for now. I just hope that when I’m in hospice care, someone remembers how much I love mint chocolate chip ice cream.