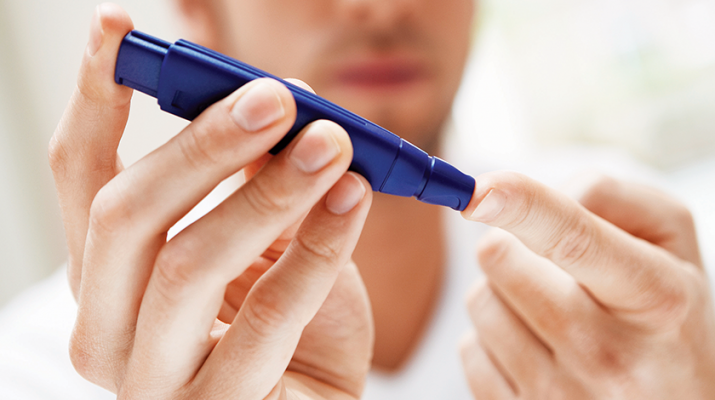 The warning signs of diabetes are often so mild that you don’t even notice them. Some people don’t find out they have it until they get problems.

That’s what happened to me. My feet began hurting, my shoes didn’t seem to fit, and walking for long was excruciatingly painful. The podiatrist diagnosed neuropathy, meaning my peripheral nerves were damaged. I was in my 50s, slender, fit, with no family history of diabetes. No one considered that I might have diabetes.

But that was the cause. I had Type 2 diabetes. Type 1 is usually diagnosed in children and young adults; only 5 percent of people with diabetes have Type 1.

There are many of us with have diabetes, or high blood sugar. The statistics are staggering: About one person in four of those aged over 65, and one in 10 for persons of any age.

Even more amazing is that more than one out of three adults has what’s called pre-diabetes.

“With pre-diabetes, blood sugar levels are higher than normal, but they are not high enough to be diagnosed with diabetes,” explained Mary Rose Spellicy, Rome Memorial Hospital patient staff educator.

Diabetes is real. It’s common. It’s dangerous to ignore and the disease results in a long list of serious consequences.

Believe me, it’s a formidable opponent — and the odds are not on your side.

On their own, the symptoms seem more like annoyances than signs of a dangerous condition. Your best hope is early diagnoses if you want to avoid serious complications — like kidney disease, vision problems, and thyroid issues.

Spellicy shared the most common early warning signs of diabetes:

— You’re always thirsty: High blood sugar levels can cause dry mouth, dehydration, and increased thirst in those with undiagnosed diabetes. While a little thirst may seem like a minor inconvenience, over time, dehydration damages the body and leads to other symptoms. Once blood sugar becomes managed, thirst will generally return to normal.

— You’re hitting the bathroom a lot: Since increased thirst may lead to increased drinking, you might not notice at first, but if urine output seems to be more than what you’d expect based on what you’re drinking, it may point to high blood sugar. And you’re waking up during the night, maybe several times, to urinate.

You might have an overwhelming urge to urinate, and when you do urinate, the amount is quite significant. Increased urination will often result in severe dehydration. So it’s vital to keep your fluid levels high.

If you become dehydrated, immune function decreases, leaving you susceptible to all sorts of illnesses and even damaged kidney function.

— Your vision is blurry: You may already know that diabetes can lead to vision issues, even blindness, if left untreated. It’s true — blurred vision is a common cue of diabetes. When blood sugar levels are too high, the lens of the eye swells, making vision blurry. Lowering blood sugar should return vision to normal.

My ex-husband, who also had diabetes that he ignored, woke up one morning with double vision. He needed a patch over one eye to drive and get around. When he got his blood sugar under control, his vision went back to normal.

— You could use a nap: Fatigue is one of the most prevalent and frustrating diabetes symptoms. You just don’t have adequate energy to do what you want to do.

When your blood sugar is high, your blood can become thick and “sludgy,” resulting in decreased circulation that prevents nutrient and oxygen transportation to cells, which causes fatigue. And you might have trouble concentrating.

— Your pants are looser: Although it might seem like a positive side effect, weight loss caused by high blood sugar is extremely unhealthy. It’s because the body is burning fat instead of using glucose for energy, and because large amounts of glucose leave the body through urine. If you’re losing weight without changing your diet or exercise habits, it could be a sign of high blood sugar.

— Your hands or feet are numb or tingly: Numbness that starts as a tingling in the hands, fingers, legs, or feet is often an early warning sign, caused by damage to nerves. For many, this is often the first sign of diabetes.

That was my warning sign. It took years, but my painful feet did get better with effective control of my blood sugar.