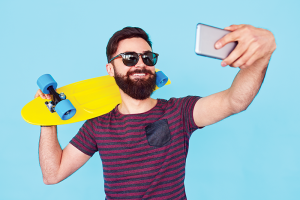 You see a wallet with a $100 bill peeking out, fluttering on the sidewalk.

There’s not another person in sight. Would you quickly swoop down to pick up the bill and stick it in your pocket if you thought no one would ever know that you took it? Or would you try to find the owner of the wallet?

Many of us would grab that $100 if we were sure no one would ever know. We stay honest because someone might be watching.

Deceit, lying, and falsehoods lie at the heart of our cultural heritage. Even the founding story of the Christian tradition, the story of Adam and Eve, revolves around a lie.

Nearly all of us lie. Mostly, we shade the truth just enough to make ourselves and others feel better — little white lies.

But sometimes they are big ones. However, if we were asked to rate how honest we are on a scale of one to 10, we would all probably say nine or 10.

Which would be a self-delusion for many of us.

Understanding human behavior is an ongoing process. Both our conscious and subconscious minds have significant bearing on our behavior, but most of us have only a minimal understanding of this.

Here are some things I find interesting about human behavior.

We are so deluded when it comes to ourselves. We tend to see ourselves through rose-colored glasses. Most of us think we’re better than we actually are — not just physically, but in every way.

Most people believe they are above average, which is of course, statistically impossible.

For example, 93 percent of drivers rate themselves as a better than average driver. Ninety four percent of college professors say they do above-average work.

When I was a boss, I did annual evaluations of my staff. As a way to kick off the discussion, I asked them to rate themselves. About 90 percent of them ranked themselves well above average.

We see ourselves as better looking than we actually are. Research suggests we think of our appearance in ways that are more flattering than realistic.

I guess that explains why I look at all those pictures of myself and think, “That doesn’t look like me; I look better than that.” Guess the sad reality must be that I really do look like that unattractive woman who keeps showing up in my pictures.

“People over-estimate themselves,” says Cornell University psychologist David Dunning, online. “But more than that, they really seem to believe it. I’ve been trying to figure out where that certainty of belief comes from.”

Happier is not the one who has a lot of money, but the one who has more than his neighbor does. People constantly compare themselves with others and feel satisfied if they are superior in some respect.

And another thing: We all know that looks matter. What most of us don’t understand is just how much the way a person looks matters to us, and how difficult it is for us to ignore a person’s appearance when making a social judgment. This is not just about romantic relationships; I’m talking about all of our human interactions.

In politics, the importance of appearance has been researched considerably. When we vote for a political candidate, we like to think we are voting for him or her on their merits, not on looks. But research has found that a candidate’s appearance — not beauty, but a look of competence — can swing votes significantly. This effect is powerful. For many of us, appearance determines whom we vote for.

Another interesting thing about us — Most people live with discomfort because they’re afraid of the unknown.
They would much rather suffer from the devil they know than venture into uncharted territory.

“You stick with what’s known and suffer, instead of trying something new because you’re terrified of uncertainty,” says life coach Matthew Jones, online. “We construct the very prison in which we live.”

And money, money is packed with meaning. A lot goes on in our brains when we think about money. According to research, money kills empathy and compassion.

If you’re wealthy, you don’t have to be attuned to social cues like a person with less. “Rich people can just sail along without worrying about threats, so they tend to ignore how others feel,” says an article in Time magazine.

Money makes you dangerous, too. Researchers observed crosswalks and found that people driving luxury cars were three times less likely than those in more modest vehicles to give the right of way to pedestrians, and they were four times more likely to cut off other drivers.