Every COVID-19 cloud has silver lining 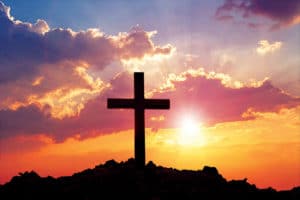 “I wish there was a way to know you were in the good old days before you actually left them.”

Nostalgia is bittersweet. I don’t think any of us fully appreciates what we have until something of our expectant normal is lost, either abruptly, or by degrees.

Even with all of my relatively young children still living at home, my heart aches a bit when I see videos of them as chubby-legged toddlers and cooing infants. At the time, there were so many frustrations that came with meeting the needs of several babies that I probably wished it away more than I realized. And even as a full-time homeschooling mother, when I look back on those precious days, I still feel that somehow, I missed it.

We rarely immerse ourselves in a moment. In fact, one of the greatest tragedies of the modern age is that we measure the value of our experiences by Instagram likes, pandering to a (largely anonymous) internet audience for validation. There’s often more effort spent in filtering and cropping our lives for praise and approval, than in soaking in those precious, fleeting moments of joy.

Tragically, as we look past the frustrations of today toward the hope of a supposedly brighter tomorrow, the beauty of the present becomes blurred. Glazed eyes pass over the handful of dandelions offered up in adoration by chubby little fingers, the poems written in our honor for Mother’s Day, and the tiny ballerinas begging us to watch them dance.

And often, when tomorrow finally arrives, we spend it sighing over our shoulders at those fading memories, longing for what were truly the best days of our lives.

I almost wrote an article about endurance; about how we should power through and look forward to the day when this difficult time is a distant memory. But what if this isn’t a moment that we ought to look past?

What if God has used this unforeseen crisis to reset our thinking?

Now listen, you who say, today or tomorrow we will go to this or that city, spend a year there, carry on business and make money. Why, you do not even know what will happen tomorrow.

What is your life? You are a mist that appears for a little while and then vanishes. Instead, you ought to say, “If it is the Lord’s will, we will live and do this or that” (James 4:13-15).

Three months ago, the economy was the strongest it has been in a decade; unemployment in America had reached record lows, and as a nation, we anticipated uninterrupted success, making our plans accordingly.

And out of nowhere, the world came to a screeching halt.

Enterprise was sucker-punched and sent reeling backwards, gasping for air as the wheels of commerce slowed to a standstill. The streets went silent; the calendar, America’s relentless taskmaster, was suddenly deposed.

All of our plans have been delayed indefinitely. Unfortunately, we’ve become so conditioned to secularism that we are more apt to believe that life will resume “if COVID-19 wills it” or “if the state wills it.” We fail to recognize that both disease and governing authority fall under the control of a sovereign God who orchestrates world events by his power and for his purposes.

The story of Joseph in the book of Genesis illustrates this beautifully.

His jealous brothers woefully mistreated Joseph, the favorite son of his father Jacob.

As a young boy, he was sold by those brothers to Ishmaelite slave traders, wrongfully accused of attempted rape by his master’s wife, thrown into prison unjustly, and forgotten about for years.

Eventually, by way of his good conduct, Godly giftings and wise counsel, Joseph was elevated to second-in-command directly under the Egyptian pharaoh. This made him the second most powerful man in the entire ancient world. As such, he was able to save thousands of lives in Egypt and the surrounding areas by God’s directive to prepare for what would’ve otherwise been a crippling seven-year famine.

Suffering the effects of the famine, Joseph’s brothers were forced to journey to Egypt to buy food. Unbeknownst to them, it was their own younger brother, cast aside and counted for dead, who would hold their lives in his hands.

Initially, Joseph kept his identity a secret, but after wrestling down his anger by the power of forgiveness, he declared himself to his brothers.

The men were understandably frightened at this revelation, aware that their powerful younger brother had both the right and means to exact terrible retribution. But Joseph, tempered by years of suffering and close fellowship with the Lord, says this: “As for you, what you intended against me for evil, God intended for good, in order to accomplish a day like this — to preserve the lives of many people” (Genesis 50:20).

Every hardship is an opportunity for growth. The mind that is bound by the world system looks to that system for hope, and so when it fails, hope fails with it.

But the mind — which has been freed by Christ — can see heavenly purpose in earthly tragedy. Examining the pages of history through the lens of providence, it’s clear that the Lord has always used stumbling blocks erected by Satan as stepping stones for the faithful to scale and ascend closer to God.

Perhaps what powerful men or demonic principalities have intended for evil — disease, poverty, civil unrest — God is using for good, to remind us of two truths lost to modernity:

That time is irrevocably precious and fleeting, and ought to be spent with purposeful intention on those whom we love the most; and that no matter who we are, our lives are at the mercy of the will of God.